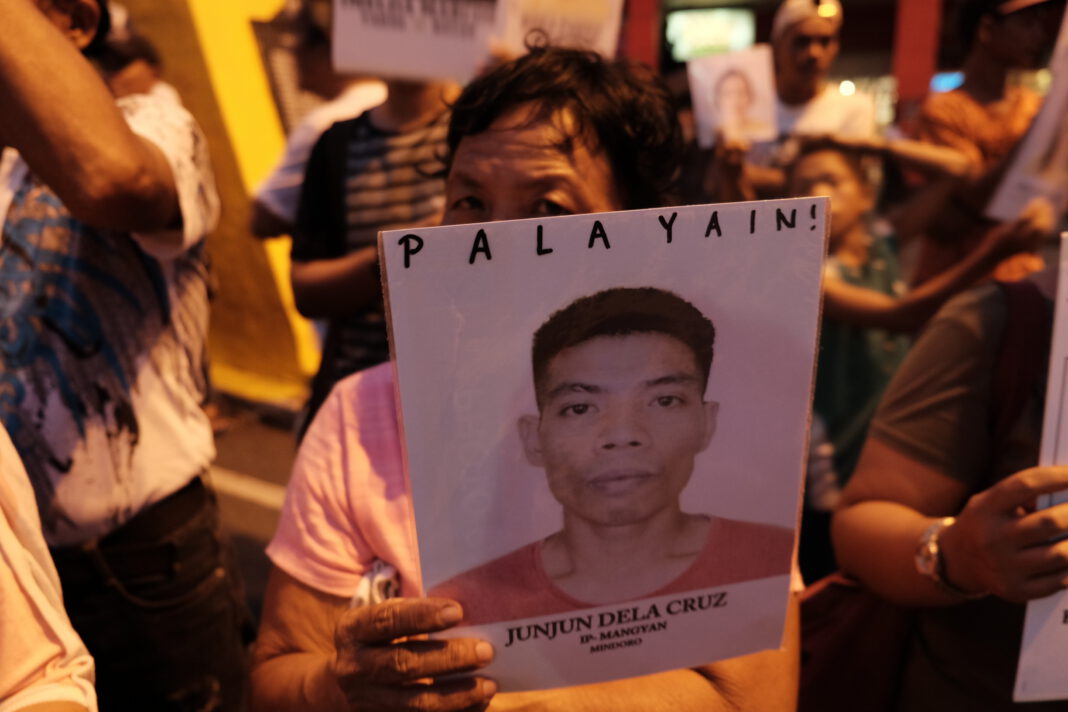 The third round of peace talks between the Government of the Philippines (GRP) under President Rodrigo Duterte and the National Democratic Front of the Philippines (NDFP) opens today in Rome, Italy, 10am (Rome time). This is the most active phase the peace talks have seen since its framework was signed in 1992, having conducted three formal talks within seven months. Yet, one of the confidence-building measures and agreements that spurred the talks has yet to be delivered: the release of political prisoners.

There remained 392 political prisoners who were detained, tagged in connection with the rebellion of the Communist Party of the Philippines (CPP), National People’s Army (NPA) and NDFP. Of the 392, 30 are elderly, 34 are women, and 122 of them are sick, according to human rights group Karapatan. Of the 392, 102 are imprisoned in Southern Mindanao and 96 in Metro Manila.

Since the June 2016 preliminary talks between the GRP and NDFP, the release of political prisoners as a matter of justice has been agreed. Both parties agreed this was also a matter of recognizing and affirming previously signed agreements such as the Comprehensive Agreement for the Respect of Human Rights and International Humanitarian Law (CARHRIHL), especially in the case of activists and civilians wrongly-detained and charged with trumped-up cases and tagged with “being supporters of the CPP-NPA-NDF” during the time they were harassed until they were arrested. Both parties also affirmed the Joint Agreement on Safety and Immunity Guarantees (JASIG), that should respect the immunity from harassment, surveillance and arrest of NDFP consultants working on the peace negotiations.

In connection with these understandings, there were, at least, 17 NDFP consultants freed ahead of the first round of talks in August 2016. They have been able to join the three rounds of talks. Most of those released still have active cases in court and were only released on bail. Meanwhile, three NDFP consultants convicted of common crimes charged against them continue to be detained in the National Bilibid Prison. They are Emeterio Antalan, Leopoldo Caloza, and Eduardo Sarmiento.

After the first round of talks, the release of more political prisoners was pressed, and between further promises of releases from August until this day, none were released in accord with the talks.

Twenty other political prisoners walked free last year, due to their cases being dropped or dismissed for lack of basis, through the defense of people’s lawyers and assistance of human rights groups. Three of them, Rico Bodino (Iwahig Prison and Penal Farm), Dindo Absalon and Bonifacio Suyom (Leyte Regional Prison), and Martin Villanueva (New Bilibid Prison), were released on presidential pardon whose names have been recommended to the Presidential Committee on Bail, Recognizance and Pardon (PCBREP) since 2011.

Far from the general amnesty sought with Duterte, only two political prisoners were released but through pardon laid even before Duterte became president. Villanueva and Bodino, detained since 1996 and recommended for parole since 2011 by the Presidential Committee on Bail, Recognizance and Pardon, were only released in December 2016.

The occurrence of political prisoners

The existence of political prisoners in the Philippines did not end after the Martial Law in 1972 until apparently the fall of the dictator Ferdinand Marcos, Sr. in 1986 when 70,000 or more were detained.

The presidency of Gloria Macapagal-Arroyo from January 2001 to June 2010 saw the detention of 317 political prisoners, including the infamous arrest of 43 health workers undergoing training for community health services in Rizal. All of the political prisoners during Arroyo’s time were said to have been tortured, physically and/or psychologically. The rampage of arrests, but more so extrajudicial killings, in Arroyo’s time was in conjunction with the brutal counterinsurgency plan of her administration, Oplan Bantay Laya 1 and 2, that saw and treated unarmed activists no different from armed combatants.

The succeeding presidency of Noynoy Aquino, son of prominent anti-Martial Law figure and Martial Law political prisoner Senator Ninoy Aquino, saw the rise of political prisoners in connection with the rather more seemingly permissive counterinsurgency plan, Oplan Bayanihan, but was known for the human rights violations in indigenous peoples’ communities. In his six-year term, 284 were detained.

Currently, there are already 15 political prisoners detained under the President Duterte administration.

The GRP peace panel chair Silvestre Bello III, in a media interview during the 48th anniversary of the CPP in Davao City on December 26, continued to hold the promise that political prisoners would be released and would effect the NDFP to agree on a bilateral ceasefire.

But this, as the recent months have seen so far, whether the Duterte administration would deliver on this promise of justice and of change, would only be certain when the political prisoners do walk free.