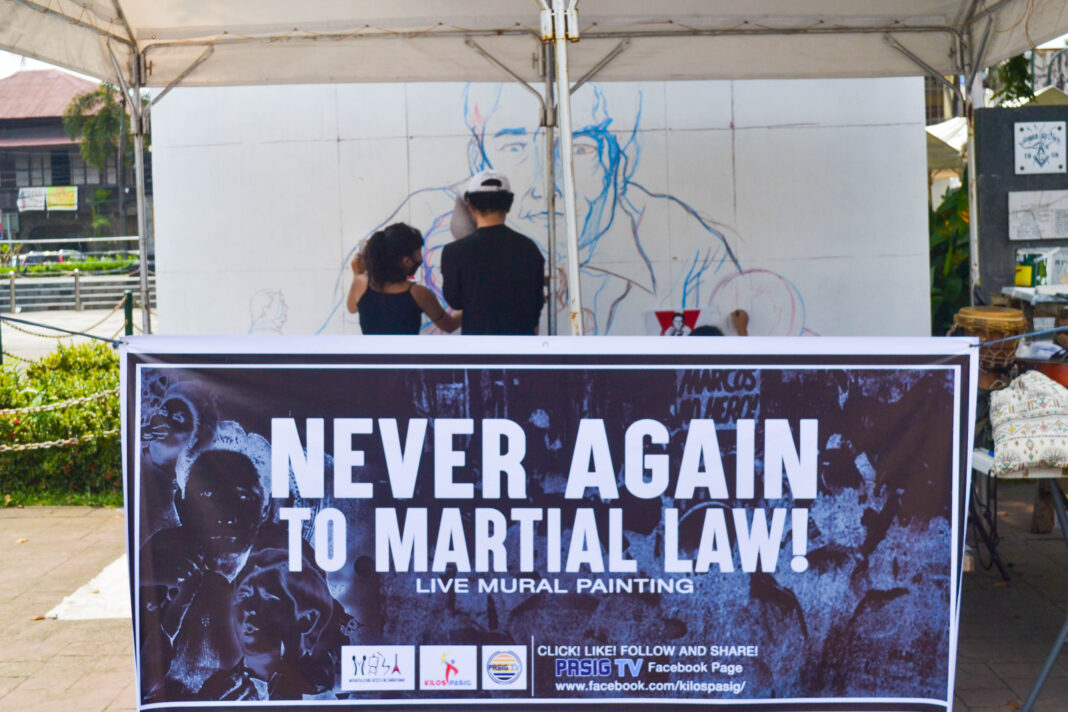 Through vibrant and distinct brush strokes, an 8 by 12 feet mural painting of the late dictator Ferdinand Marcos, Sr and the words “Never forget” and “Never again” was completed in a few hours.

The group also said such artworks for public display also condemns the historical revisionism by the Marcoses. The Marcoses and their supporters have been trying to whitewash the horrors of martial law for decades, they said, and soon the survivors of Martial Law would leave this life but the Filipino people must not forget those dark days in history.

The group hoped the mural can serve as an eye-opener for people ‘blinded by Martial Law disinformation’ and to let people know that the youth cared about this issue and would also not allow anything like that to happen again.