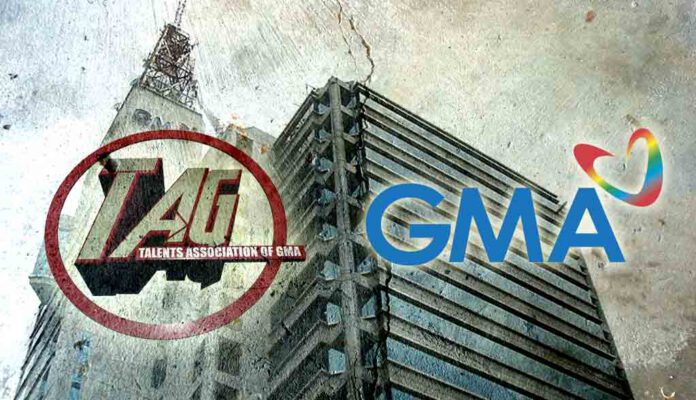 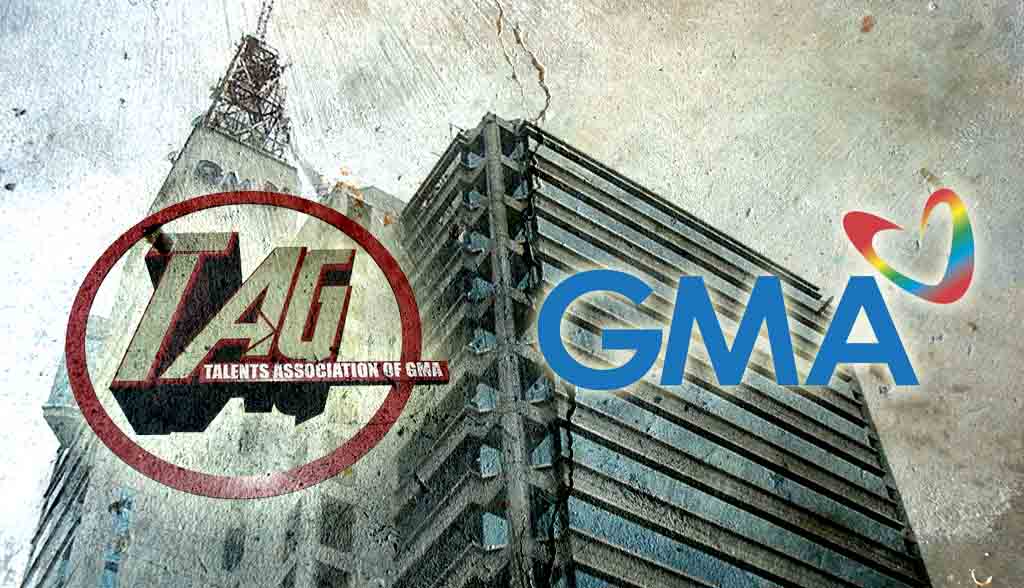 Talents affiliated with the Talents Association of GMA (TAG) doubted their home network’s sincerity in addressing the issues they raised, accusing the media giant of unfair labor practice. According to them, the network’s official statement posed more questions on the important points in their complaints. TAG claimed that GMA-7 failed to address their concerns as the network’s new contract still does not make them regular employees.

TAG was quick to issue its first public statement, a reply to GMA-7’s statement. “It would be convenient to dismiss the complaints filed against them [GMA-7] as ‘unfair’ and ‘baseless,’” TAG’s statement read. (Read full statement here.)

TAG emphasized regularization as one of the important issues since the network’s statement claimed that the talents were “vital to its success.” TAG filed a regularization case against GMA 7 in May this year.

The network answered the complaint with the Project Employment Contract (PEC) that offers SSS, Philhealth and PAG-IBIG benefits similar to what regular employees receive. But TAG said the PEC offers no security of tenure and forces them to resign early from their existing contracts. (See related article)

Talents include cameramen, production assistants, editors, writers, researchers, segment and executive producers, who all play crucial roles in producing and delivering news, public affairs and entertainment programs for the public through their network.

On November 24, GMA-7 through its Vice President for Corporate Communications Angela Javier Cruz issued a statement to address the issue concerning their talents

“Contrary to the unfair and baseless accusations made by the complainants, GMA Network cares for its talents, whom it considers vital to its success.”

She added that the network exerts efforts to recognize its workers “regardless of their employment status.”

“Part of the Network’s efforts for the welfare of its talents is the Project Employment Contract (PEC), which provides a specific set of benefits responsive to their needs and interest,” Cruz said.

The network clarified that the complaints have already been filed at the National Labor Relations Commission (NLRC) and is subject for investigation.

“We believe that the grievances of the complainants should be aired in the proper forum,” she concluded.

GMA-7 has kept mum on the issue since TAG filed the case in May. They addressed the issue to the public only now through this statement. (Read full statement here.)

The statement came a few weeks after the Facebook page Buhay media was launched and some of its posts went viral, featuring sentiments of talents from various networks, but mostly stories particular to the situation and grievances of GMA-7 talents. There is no confirmation, however, if the statement was released in reaction to Buhay Media. Alternative online publications and journals have also circulated news stories on TAG’s situation.

GMA-7 has not published a reply to TAG’s statement.

The new contract offered to all talents, the PEC, ensures a one-year contract and the network will now contribute for the workers’ benefits, such as SSS, PAGIBIG, and Philhealth, among other benefits. But as the contract title implies, the workers remain as project [-based] employees.

According to TAG, the PEC was GMA-7’s response to the labor suit filed by the talents at the NLRC.

“For decades, the so-called talents have not been entitled to benefits mandated by Philippine labor laws such as SSS, Philhealth and Pag-IBIG. Most members are hospitalized without a health card or HMO. They spend years of service without the mandatory 13th month pay of the employees,” TAG’s statement read.

TAG stressed that the “PEC needs to be revitalized and reformed in order for it to be really ‘responsive to the needs and interests’ of network employees.”

“For one, the security of tenure of each employee is not part of the provisions of PEC,” TAG said.

Through Buhay Media, each talent’s own social media accounts, forums and other platforms, TAG has brought to the public the issue of GMA-7’s alleged unfair labor practice.

“We are bringing forward this matter because as members of media, we are committed to ensuring that unheard voices must be heard—including the voices of our colleagues who chose to stand for what is right and what is fair,” the statement read.

“We have already elevated our plight to the legal system, but the issue of the talent system which has been going on for years should also be brought to the public sphere: the academe, lawmakers, government agencies, media owners and other businessmen, and the viewing public to whom we owe our duty and obligation to tell the truth because it is worth fighting for,” TAG said.

Talents of GMA-7 were asked to sign the PEC until November 4 this year. Those who signed will enjoy at least one more year of work in GMA-7. All those who did not sign, on the other hand, will be terminated from their jobs by the end of the year, including those with existing contracts lasting beyond 2014.