Home OPINION COLUMNS Narrative of Colonialism and Resistance: The Filipino Struggle Against Imperialism 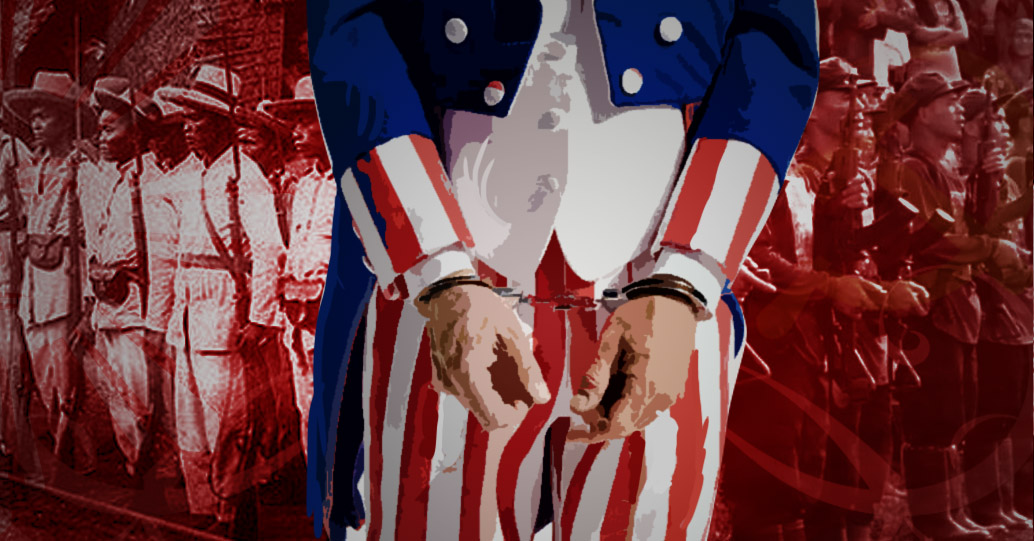 Or should I say good evening because it’s already past 10 p.m. in the Philippines?

I’d like to share two narratives: first, the narrative of colonialism and/or neocolonialism; and second, which I think is more important for this occasion, the narrative of resistance, specifically the century struggle of the Filipino people to defeat US imperialism.

Let me say that once again: US imperialism.

For me to say US imperialism inside the US in front of many people, this alone would make my trip very meaningful.

But let me first talk about the various ways the US have justified its militarist intervention in the Philippines.

In 1898, the US arrived in the Philippine to liberate us from Spanish colonialism; but we have already defeated the Spanish army and we have just established Asia’s first republic.

President McKinley said America will Christianize Filipinos, but we majority of Filipinos are Catholics, and we remain the only Catholic-dominated nation in Asia today, aside from Timor.

Indeed, America established a public education system, but one of its legacy is to brainwash Filipinos about the supposedly noble motives of Big Brother America.

America is in the Philippines, according to our American educators, to teach Filipinos about democracy, and it’s not really interested with our forests and gold mines. Not to mention a market to dump its surplus products or the control of a strategic sea route to access the Asia-Pacific market.

We are so grateful to America that after World War II, when we gained our token independence, we gave Americans investors the freedom to plunder our natural resources. And to show our hospitality, we extended the lease to Subic and Clark military bases. Clark was the biggest American base outside the US.

What you call military-industrial complex here meant the emergence of a military-entertainment complex in Subic and Clark. In between wars, especially during the Vietnam War, US troops will arrive in the Philippine for “rest and recreation”. The US military expressed its gratitude by leaving a toxic waste legacy in these bases.

In the 1970s, a dictatorship regime emerged in the Philippines which was backed up by the US government. In fact, the US has been instrumental in shaping the electoral results and political events in our country after WWII.

During the Bush years, the Philippine was made a second front in the ‘war on terror’ after Iraq and Afghanistan. It meant the arrival of troops conducting military exercises on our lands. In 2014, our government signed a new deal with the Obama government which allowed the building of US military facilities across the Philippines.

The US said these facilities plus the increased deployment of troops will benefit the Philippines because these will provide quicker and easier access for the disaster-relief efforts of the US military every time a typhoon, earthquake or other calamities will cause destruction in our country. Again, the narrative of neocolonialism disguised as a humanitarian endeavor.

But there’s another narrative I’d like to emphasize. The narrative of the struggle for national liberation.

The Philippine-American war from 1899 to 1902, the nationalist movement during the early years of the 20th century, the peasant uprisings in the 1930s, the people’s army during WWII, the communist Huk rebellion in the 1940s and 1950s, the rise of the national democratic movement in the 1960s, the anti-dictatorship struggle in the 1980s, the People Power in 1986, and the anti-Bases movement which led to the expulsion of US military bases in 1991.

The struggle is not over because US troops are still conducting military games on our lands, American military facilities are now being constructed in implementation of the Asia pivot, and right now the US is mysteriously undertaking anti-terror, anti-ISIS activities.

Meanwhile, a war is raging in my homeland. There is a vibrant mass movement resisting US military intervention. It is aware that the US government, the US war machine, is supporting the local reactionary forces which are violently suppressing the people’s clamor for lands, decent wages, clean environment, and a democratic government.

The forces of oppression appear to be powerful today but there’s no time to despair and no reason to surrender.

This is my first UNAC and I am truly inspired by the presentations last night and earlier today. When I go back to the Philippines, I will tell my comrades that there’s less reason to be worried about Trump because right here in the US, there are groups like UNAC and peace-loving activists like you who are bravely challenging the US war machine.

That’s why I’m optimistic about our work. Because how can imperialism win if the grassroots all over the world, from Asia and Africa to America, are uniting and joining forces to defeat militarism, racism, and oppression. Imperyalismo ibagsak!