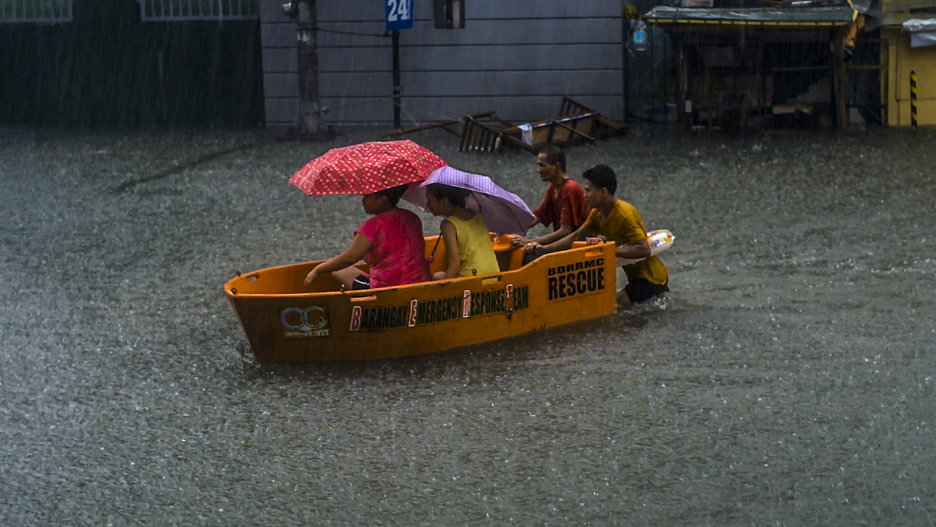 The Philippine capital is battered by tropical storm Mario that brought heavy rains and resulted to floods in major parts of the metropolis. At around 9:00AM, the state weather bureau hoisted the Red Rainfall Alert Level as particular parts of Quezon City, Manila, Caloocan, Marikina and other cities were submerged to flood water. By 6:00PM the weather agency lowered the alert level in Metro Manila as the typhoon continues to head the northern part of Luzon and is expected to be out of the Philippine Area of Responsibility by Sunday.

The pounding of rain has resulted to a massive traffic gridlock in the main thoroughfares especially at EDSA in parts of Quezon and Mandaluyong city. The Executive Secretary also declared ‘no classes’ in Metro Manila just today which resulted to some students being caught in the floods especially in big universities in the City of Manila. Sec Paquito Ochoa also declared no classes in neighboring provinces of Rizal, Laguna and Bulacan. Cainta town in Rizal Province and Marikina City which were severely hit by the extreme flooding have already declared ‘State of Calamity’ for which they can tap the Disaster Fund for immediate relief and recovery operations and rehabilitation afterwards.

Hundreds of thousands are now in evacuation centers situated all over Metro Manila which are yet to receive sufficient relief packs from the government. Several non-government organizations have already initiated relief drives in the most affected areas.