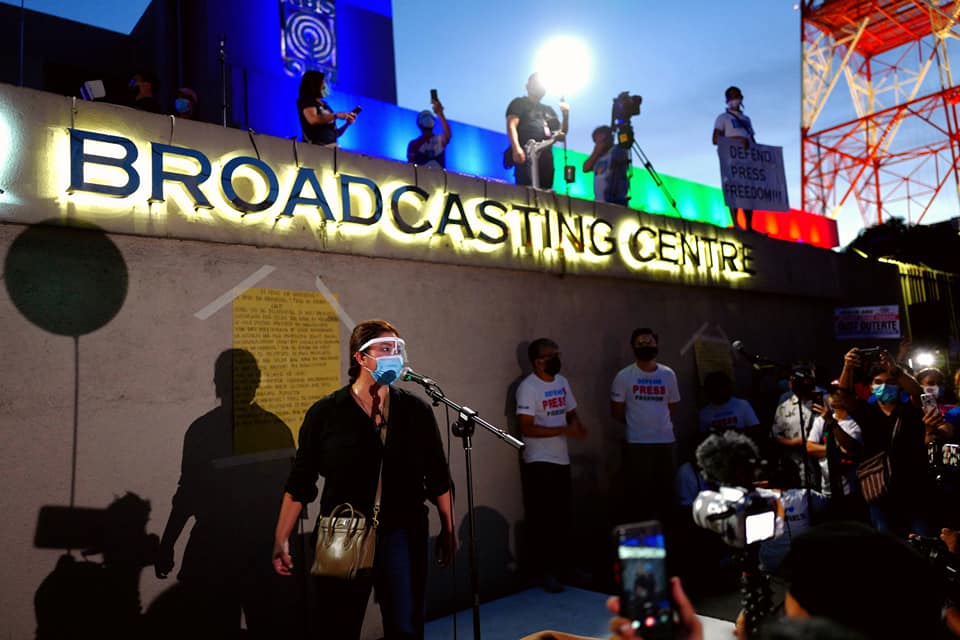 On July 17, a protest caravan was held in Makati and Manila converging at ABS-CBN facility in Quezon City and ending in a noise barrage at the network’s Sgt. Esguerra gate. This is the 9th noise barrage, spontaneous or planned, in a row held since Congress rejected the network’s franchise application on July 10.

President Rodrigo Duterte promised to see the network out since he came to the presidency, a vow fulfilled as his supermajority in Congress voted to deny the franchise bid at the committee level.

The noise barrage was the last stop in a protest caravan on two routes – one in Makati and one in Manila – that was spearheaded by employees, celebrities and supporters from the National Union of Journalists of the Philippines and Bayan Muna, one of the sponsors for the network’s franchise application.

Reporter Doris Bigornia, nicknamed by the network as “Mutya ng Masa” for her candid style in dealing with unplanned situations while on live reportage, joined the protest.

In an impassioned statement, Locsin called on fellow artists to speak out and act against the shutdown of the network.

[To my fellow artists who have not spoken, what now? Do you still have a network? No! You don’t have a network any longer. Even if you make yourselves cute on Instagram or send sad faces, you would not be able to help your coworkers who are the reason why you became famous. If we don’t speak, that means we stand by what is wrong.]