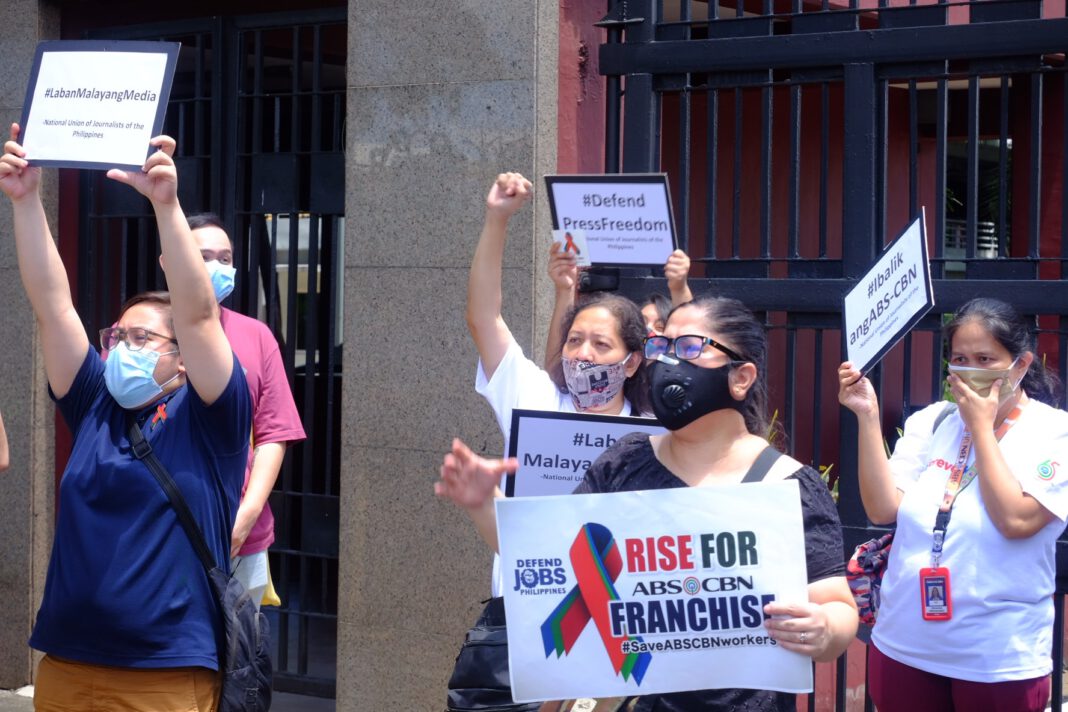 After two months, the measure to give ABS-CBN a fresh 25-year franchise was finally put to vote: 70 voting against granting the network a franchise, 11 in favor, 2 inhibiting and 1 abstain.

The network’s franchise expired on May 4, three years or more after legislations for its franchise extension were filed in Congress. The National Telecommunications Commission (NTC) issued a cease-and-desist order against the network on May 5, shutting their free-to-air radio and television stations since then.

The Lower House of Congress deliberated on the measure only once before the franchise expired, securing a promise from NTC that they will issue a provisional authority to operate to the network while the legislation remains pending, given the schedule of adjournment and then the COVID-19 lockdown since March 15. The NTC, however, issued a cease-and-desist order.

After finger-pointing among concerned public officials and after much public clamor for the network to be granted a franchise, the bills for ABS-CBN franchise was finally deliberated after Congress adjourned again on May.

The House committee on legislative franchises presented a resolution “denying the franchise application of ABS-CBN Corporation to construct, install, establish, operate and maintain radio and television broadcasting stations in the Philippines”, based on the recommendation of its Technical Working Group.

Supporters of ABS-CBN has been posting and making the topic #VoteYesToABSCBN trending since last week.

Those who voted “no” or those in favor of granting the network a franchise:

The 12 hearings since May tackled whether ABS-CBN is guilty of violating the Constitution with issues on Gabby Lopez’s citizenship, sale of Philippine Depositary Receipts, the return of network’s facilities to the Lopezes after martial law, and the 50-year limit for mass media franchise, and whether the company had any violations in labor and tax. The latest hearings this week tackled the allegation of bias against ABS-CBN’s reporting

Legarda posted her letter to the committee chairman in her Facebook account on her decision to inhibit from voting.

Those who voted “yes”, or those against granting the network a franchise:

Official voting count, detailing ex-officio and representatives using another’s vote as allowed by the rules, certified by Congress yet to be released as of posting.