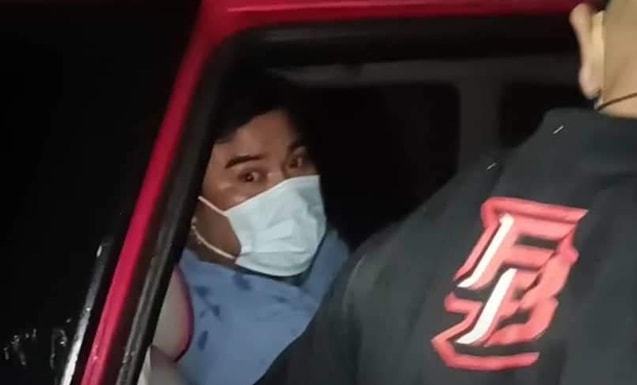 Benjamin “Banjo” Cordero was arrested at 11:40 pm at his home in Batasan Hills, Quezon City (QC) on the strength of a warrant for frustrated homicide released by San Mateo Rizal Regional Trial Court Branch 77 Judge Mohammad Aquil Tamano. Armed and non-uniformed personnel conducted the arrest. Cordero was then brought to the QC Police Station 6 – Batasan.

[We were sleeping when the dogs started barking. A gun was pointed at me and I told them to not let the kids see that.]

Atty. Louie Santos, legal counsel for Cordero, said that Cordero did not receive a copy of the complaint affidavit so he can be made aware of the charge being brought against him and so he can reply.

“Clearly, they know his address, they know where to arrest him. But they could not even serve the complaint affidavit to his address so he can defend himself from the allegations against him at the prosecutor or Department of Justice level before it goes to the courts,” said Santos in a mix of English and Filipino.

As of publishing, Cordero, his lawyer, and his family have yet to find out who the complainant is, and where and when the alleged crime happened as these are not indicated in the warrant.

Cordero noted that his arrest was not an isolated case among labor rights activists politically persecuted in the time of the Marcos Jr. administration.

[These are trumped-up charges. There is a clear threat against trade union organizers working in legal groups and organizing work. This is part of the government’s plan to silence activists, particularly workers.]

Cordero and four others were named in the arrest warrant. Cordero said that he did not know the rest of those being charged with frustrated murder with him. Also, the addresses in the warrant of the four other accused were Rodriguez in Rizal and General Nakar in Quezon province, both in the Southern Tagalog Region. Cordero was the only one who hails from the National Capital Region.

Two accused in the warrant, Danilo Basilio Acayen and Amor Reyes Acayen are from the Dumagat indigenous people. Amor was a Dumagat elder of Sitio Kanlusong, Brgy. Puray in Rodriguez, Rizal who had succumbed to sickness last August.

Members of various progressive groups trooped to QC Batasan Police Station 6 and held a vigil for Cordero’s release. Cordero’s lawyer and family plan to post bail, set at P72,000 when the offices open by morning.

Cordero is an activist since his days as a student at the Polytechnic University of the Philippines. Currently, he is the chairperson for QC Development Council – Labor Sector. He is also the chairperson of Sandigan ng Manggagawa sa Quezon City, whose members include labor organizer and former political prisoner Rodrigo Esparago (arrested on December 10, 2020 and released on March 5, 2021 with journalist Lady Ann Salem) and labor organizer and political prisoner Bob Reyes who is still detained at Camp Bagong Diwa in Taguig.

Donation details are as follows: