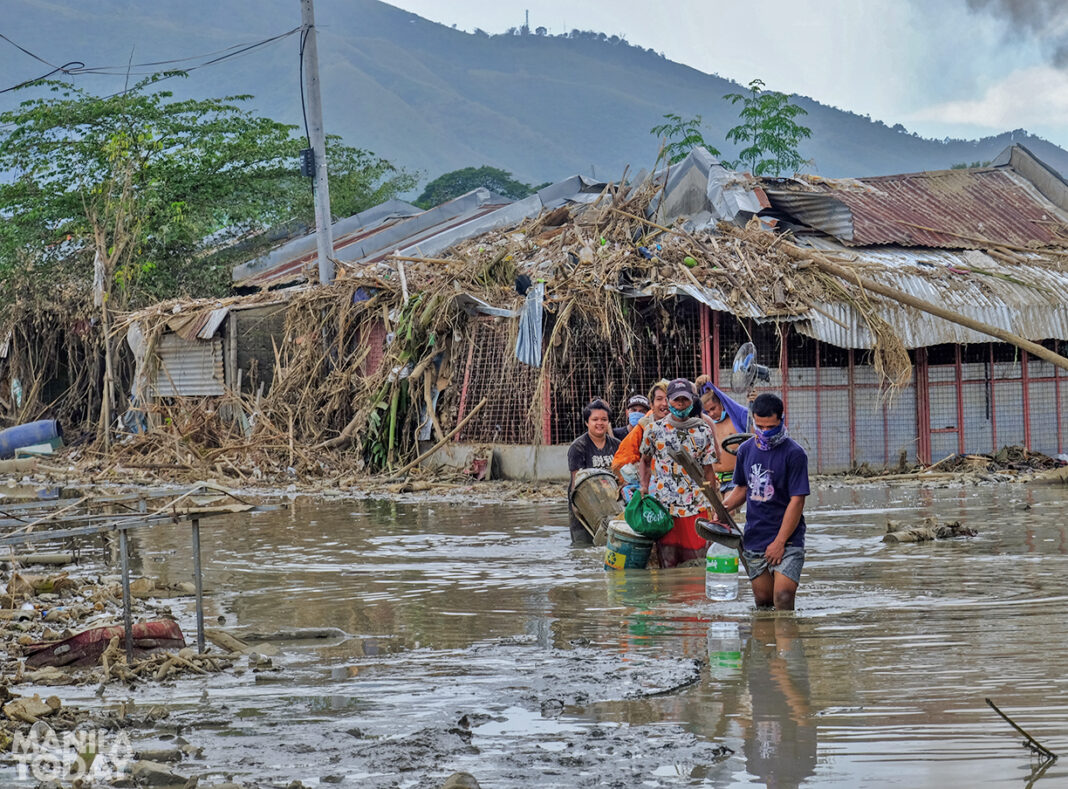 Several communities in San Mateo and Rodriguez, Rizal who were among the areas that sent out calls for rescue (RescuePH) are still covered in mud, some as high as knee-deep, even three days after typhoon Ulysses left the country. They have not received food or any assistance from the national government, and only got mostly donations from the private sector. The residents deemed only those who remain in the evacuation centers are being reached out to by the government social welfare office.

Compared to Ondoy, residents found more belongings and properties of theirs were destroyed or washed away by the floods.

More than 200 families are staying in the Banaba village covered court temporarily.

Towards the far end of the community is an area the residents called Anakpawis. Residents of 1K2 have heard stories of typhoon casualties in Anakpawis, but none has been confirmed so far. As high as knee-deep mud covered the area making it hard to pass through, while a checkpoint was also set up before entering Anakpawis. The area where residents build their homes was, according to them, once covered with large weeds.

Celina Homes
Around 200 homes in the subdivision were affected by the typhoon and flood. It was the residents first time to experience floods that could submerge their homes.