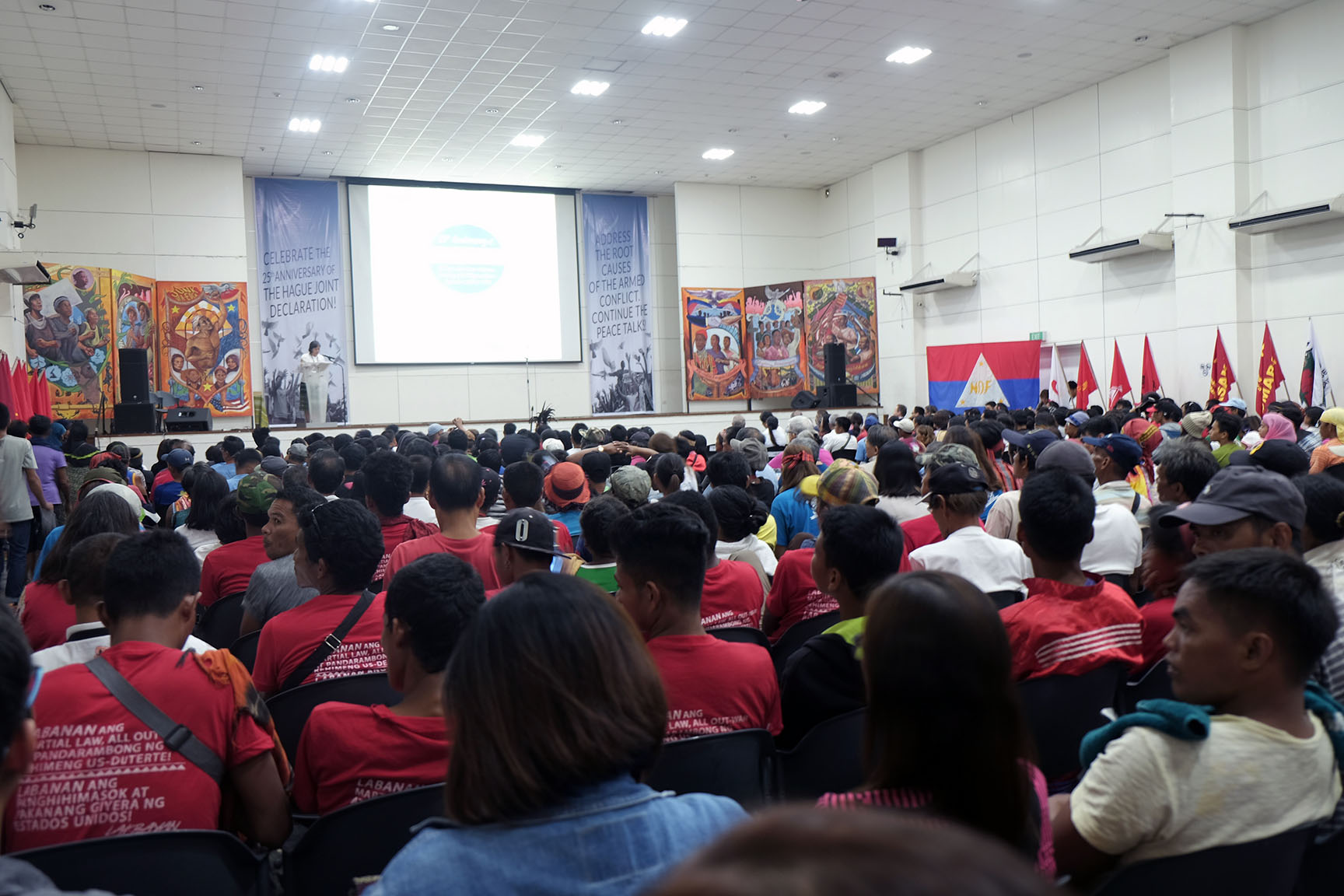 “May mga nagtatanong bakit may celebration pa kung walang talks? Mas kailangan balikan ngayon ang deklarasyon dahil nababahura na ang talks. Dapat balikan kung bakit may usapang pangkapayapaan (People ask why there is a celebration if there are no talks. We need to go over the declaration more now that the talks are stalled. We need to remember why there are peace talks),” said Renato Reyes, Bagong Alyansang Makabayan (BAYAN) Secretary General.

BAYAN, Pilgrims for Peace and Kapayapaan gathered more than 500 peace and human rights advocates for the 25th year of the signing of The Hague Joint Declaration. The indigenous peoples that launched a lakbayan to the national capital, arriving just two days ago, joined the forum held at the GT-Toyota Auditorium at the University of the Philippines Diliman.

Participants of the forum support the resumption of the stalled GRP and NDFP peace talks.

The Hague Joint Declaration was signed on September 1, 1992.

xe2b9716
More than 500 attended the celebration of 25 years of The Hague Joint Declaration.

The Hague Joint Declaration set the framework of the peace talks. It cited that the talks are held to resolve the roots of the armed conflict. It cited the common goal of the GRP and NDFP of achieving just and lasting peace.

The agreement also cited the four substantive agenda to be discussed in succession, one after the previous has reached an agreement: human rights and international humanitarian law, socio‑economic reforms, political and constitutional reforms, end of hostilities and disposition of forces.

The Hague Joint Declaration is also known as the seminal agreement that saw quick achievements in the on-off talks right after it was signed, including the signing to an agreement the first of four substantive agreements of the talks, the Comprehensive Agreement for the Respect of Human Rights and International Humanitarian Law, in 1998. No other substantive agenda has reached an agreement since.

The peace talks with the Rodrigo Duterte administration and the NDFP saw discussions on the social and economic reforms reaching unity on agrarian reform and rural development, including the principle of free land distribution.

The fifth round of formal talks scheduled in May were cancelled. President Duterte talked of cancelling the talks and waging war against the New People’s Army, but has not sent the NDFP a formal notice of termination of the talks.