Home CULTURE How we’re constantly distracted by shiny things: a review of The Moth... 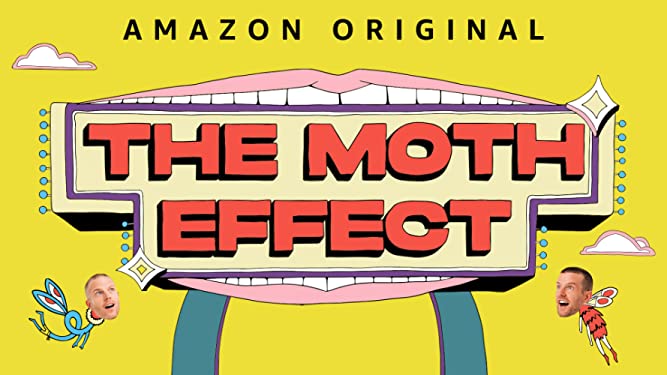 The Moth Effect is a six-part Australian sketch comedy released by Amazon Prime Video from July 30. The last episode was released on September 3. It is a well-thought out, well-produced, critical yet also silly series that is hard to come by in the numerous streaming platforms these days.

The series ridiculed our fatal attraction to shiny things. The metaphor rings close to home as a story we know the mother of Jose Rizal told the national hero. The term “moth effect” or being drawn to bright lights only to realize too late it is danger you are racing towards is a phenomenon in traffic accidents, but one that is not yet scientifically proven.

The series makes fun of all things now, having all the possible pop culture references and mixing genres in more than 30 skits all throughout the series. It poked fun on capitalism hijacking social movements, media news values, media’s complicity with maintaining the status quo, the absurd demand of reality TV shows for viewers to continually believe them, and many others.

“There’s no target too weird, complicated, silly or dumb in season 1 of The Moth Effect, as Australia’s best and funniest performers send up humanity in 2021,” Amazon Prime Video said of the series.

There are facepalm moments and hilarious skits such as the sunny morning TV show more concerned about that fake laughter-banter and doing poached eggs right than the eventual total destruction of the earth. But we don’t talk about things like that, right? Especially not in the morning. We’d rather get our poached eggs right.

The ‘Who gives a shit’ game show had all the shit puns and might be at the core of this whole series. It eliminated people who give shits about the wrong things. And showed that sometimes when people do give a shit, they rarely do something about the things they give shit about.

Not all skits or punchlines would make one laugh, but the ideas behind them are enjoyable to ponder and fun to behold.

There are a lot of inventive and clever ideas such as riot police being taught non-violence, gangs engaged in philosophical warfare terrorizing the community as much as actual physical violence did, the breeding stable where politicians are cultivated, and drone strikes repackaged for diversity, equality and inclusion among many others.

There are also those that deliver sharp wit.

The first skit of the opening episode is on a big ice cream company that pondered which social movement to snatch up for its advertising campaign and ultimately chose military industrial complex. But this is also supposedly to change something in the world (to end all wars, in this case). Why this issue? As the CEO countered, the real question is why aren’t the other ice cream companies taking this up. The real question for all of us, in this one and in most skits, is why we allow the wrongs in the world (capitalism profiteering from activism and wars brought upon by foreign countries?) to happen.

A fully-committed sketch on a David Attenborough turning into a city-destroying Titan after his pleas to save the world were ignored ended with the world saving and ridding itself from David Attenborough. The situation happening today felt so palpable (except David turning into Goliath) and waking up from hypocrisy such as that sends an almost visceral pain.

In today’s world of millions of video content and social media posts, people have developed the skill of multitasking or being absent despite being physically present, just like the James Bond parody in the last episode. Maybe you’d think of watching this series as white noise while you work from home—don’t. Episodes are only around 16-18 minutes long, but watching with your full attention might have you thinking on a lot of things a lot longer than that. And that could be a good thing.