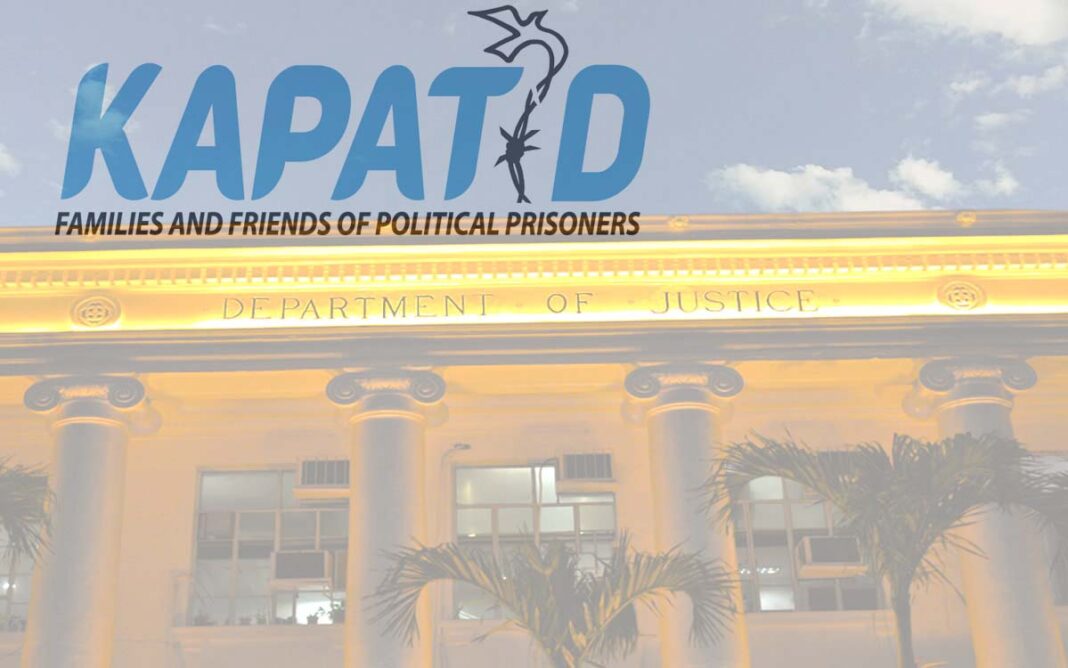 On September 7, inmate Edison Sampaga rained bullets on fellow inmates inside the Calapan City Jail in Oriental Mindoro, injuring five while two died including the shooter.

One of the five injured inmates is political prisoner Jeffrey Delos Reyes, 37, who has been locked up since 2016. He was shot in the head.

He is now at the provincial hospital in Calapan City and is in dire need of medical assistance as he is in critical condition.

KAPATID, a support organization that works for the protection of rights and welfare of political prisoners, condemned the shooting spree and pressed the Department of Justice (DOJ) and the Bureau of Jail Management and Penology (BJMP) to probe the incident.

“How a gun was ‘smuggled’ into the jail only the BJMP can answer when it denies imprisoned students access to easily monitorable devices to further their education inside the jail,” Kapatid spokesperson Fides Lim said in their statement.

“This incident is the second fatal jail shooting in the past two weeks that demands an immediate probe into the miserable congested conditions of jails that severely affect the mental and physical health of inmates,” Lim added.

On August 26, another shooting incident happened in Marikina City Jail where two detainees and a jail guard were killed.

Breach of the current ceasefire

Delos Reyes was a former combatant for the New People’s Army (NPA). He was caught by policemen in plainclothes on September 19, 2016, at Victoria, Oriental Mindoro. There was no warrant arrest issued against Delos Reyes, who is now charged with two counts of murder, frustrated murder, and arson.

The NDFP cited that the arrest of Delos Reyes manifested “insincerity towards the ongoing peace talks.”

According to Karapatan, a human rights alliance, the arrest of Delos Reyes is among the numerous ceasefire violations of the Duterte administration in 2016.