Home CULTURE House of the Dragons Season 1 review: Premise done, war is about... 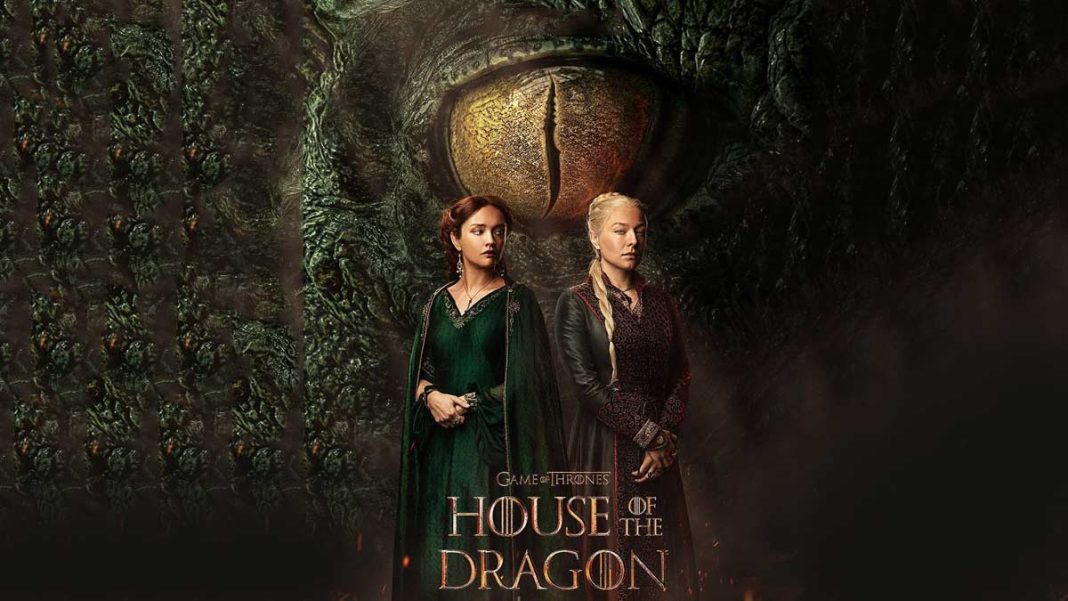 The year 2022 became the big prequel TV show battle we did not know it would be (and we thought we are only having sequels for the election campaign and its aftermath), with Amazon Prime’s Lord of the Rings: Rings of Power and HBO’s House of the Dragon (HOTD) dropping episodes just days within the other. But for the most part of the former’s eight episodes and the latter’s 10 episodes, they look to be battling more against their originals than each other.

What happens at the end of HOTD is already known, since it’s a prequel (same with Rings of Power) and there is the book and Targaryen family tree to base it on. And unlike the Game of Thrones (GOT) TV series, we do not expect HOTD to outpace or outrun what George R.R. Martin has put down in the book “Fire and Blood”, if the TV series is really to be centered mainly on the Dance of the Dragons—that calamitous phase of the Targaryen family history when they turned their dragons on one another. So if the end is known and there are no episodes needed to be written beyond the printed chapters, then the journey to the end is what would matter most for audiences to stick to the series.

There is a fanbase for the GOT TV series and Martin’s books, and because of that, this season felt like it did not need to immediately jump out to shock and bedazzle (though there were two time jumps and two actor changes and lots of dragons jumping out and flying scenes already). Like it or not, the show chose what it wanted to show and how it wanted to get there (again, two time jumps and two sets of actor changes; quite disorienting as some characters did not change or age at all). Because of the time jumps, there is not much time to get to know some of the characters who would have bigger roles in the story in the coming seasons, so it feels like the story is just about to start after a season of establishing the premise. Despite more dragons and dragon fire, it was a slow burn. But by the season finale, the series had audiences held on tight as war is about to begin.

The first season followed the story of two women, childhood friends Rhaenyra (named heir to the king) and Alicent (who Rhaenyra’s father will eventually marry, and became queen and stepmother to Rhaenyra). This pairing sets off an astute exploration of the role of women in the game of thrones and the price women pay for, well, being women.

It showed how women—even at their rank—must fight twice as hard or more to find their power and happiness. They can fulfill their duties to answer their sire’s booty call in the middle of the night and to produce an heir, yet only be able to comport themselves with having done what is expected of them. They are frowned upon if they are wont to fulfill their needs and desires. They can be named heirs, but there are men in every corner who won’t accept their rule and will find ways to usurp power. They can try to gain power even just through the currency of information, but have to trade or compromise with the fetishes of the men who should have been their underlings. Or their strongest allies in men—husbands, fathers or sons—could also be a liability. They can be Muses, Kingmakers or Regents, but can they really be Queens? And in a war and world ruled by men, women are often pitted against each other. By the end of the first season, Queen Alicent had her son Aegon crowned as king in front of the masses in King’s Landing, while Rhaenyra was crowned queen among her family and a small band of followers in Dragonstone.

Graphic sex and violence in GOT were replaced with graphic childbirth trauma in HOTD—too many of them if only to illustrate the agony or torture of royal succession in a patriarchy. Women—not only men in politics or in battle—die for kings or future kings. A little sensitivity on the portrayal of childbirth here is needed in the future, though there won’t be more of those in the story that are as essential as the ones already shown since the main characters have been born and have grown up (time jumps!) by the end of the first season.

There is also a type of women in the story, not from royalty or high birth, who would have the guts to utter to the second most powerful man in the kingdom: “There is no power but what the people allowed you to take.” But we have yet to see what power they could really wield over lords and kings.

What will happen to these women and their quest for true power in a man’s world? This is something that would be interesting to see. Equally interesting if the series would press on this plot line or let it be engulfed in dragon fire and great houses of lords at war.

The book and the TV series both portrayed the two crowned Targaryens as flawed in different respects, somehow making them both undeserving of the crown, especially in comparison to their predecessors Jahaerys who stabilized the Targaryens’ rule in Westeros and Viserys who ruled in relative peace. Aegon is an irresponsible brat, a drunk, a regular of Flea Bottom debaucheries, a rapist and a serial fornicator, despite being already married to his sister. Rhaenyra lost her virginity before marriage to her sworn knight, gave birth to three sons not from her husband (putting them in line to the Iron Throne and to great houses despite their questionable paternity), and married her uncle after her husband was suddenly killed (part of a ploy to be free to marry). Though Rhaenyra at the end of the season looked to have the better claim for crown and justice and Aegon is just unbearable (this series’ version of Joffrey, it seems).

These intrigues enhance the claim of both camps—the Greens (Alicent and the Hightower allies) and the Blacks (Rhaenyra and her allies). It is up to the TV series to show how the flaws or the strengths of the crowned King and Queen or the people (and dragons) around them will leverage their claims. Because that is something that can be explored or magnified beyond the book, in the same way the TV show had a more sympathetic portrayal of a death in the finale than how it was told in the books and that gave the character and the plot something more to hone in the next season. What would also be good to see is if the series could put the audiences on the fence about which side to support as that is also something that can be built on along the journey to the known end.