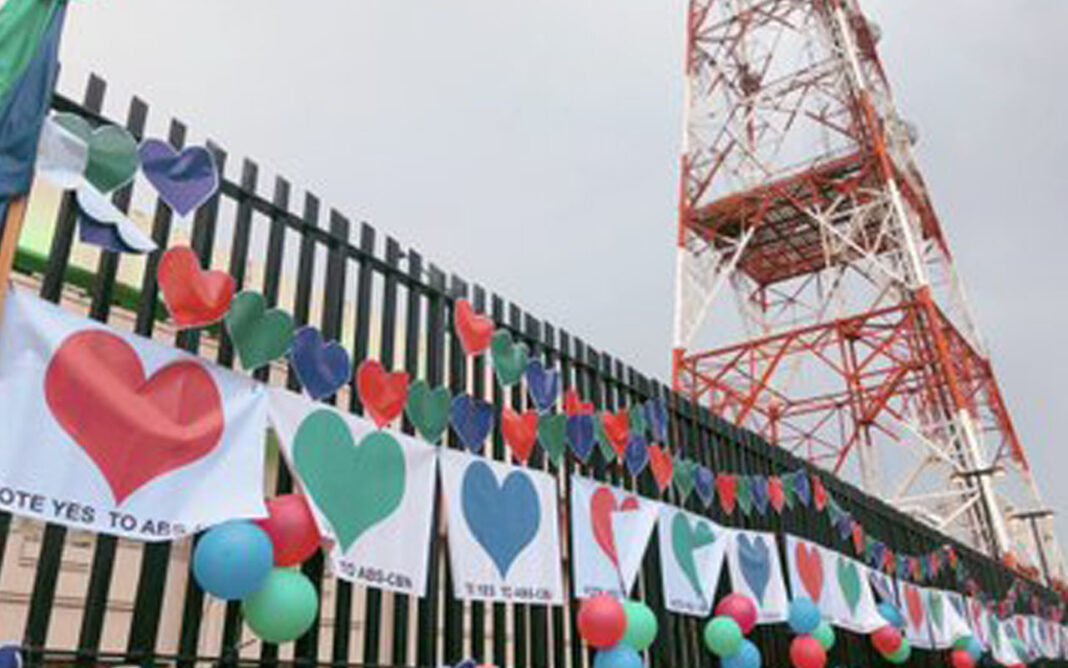 The panel holding hearings on ABS-CBN franchise in the Lower House of Congress announced on July 4 that it may vote on the application of ABS-CBN for a fresh 25-year franchise next week.

The last issue against the network, on the allegation of bias against ABS-CBN’s reporting, will be tackled in the hearing on Monday, July 6. If the hearing by the House Committee on Legislative Franchises together with Good Government and Public Accountability concludes on Monday, the vote may also be taken the same day.

Despite being off the air for two months now and layoffs loom in its more than 11,000 workforce, the new franchise application of ABS-CBN is still at the House committee level.

The 11 hearings since May so far tackled whether ABS-CBN is guilty of violating the Constitution with issues on Gabby Lopez’s citizenship, sale of Philippine Depositary Receipts, the return of network’s facilities to the Lopezes after martial law, and the 50-year limit for mass media franchise. The latest hearings also tackled whether the company had any violations in labor and tax.

Various government agencies such as Department of Justice, Bureau of Immigration, Securities and Exchange Commission, Department of Labor and Employment and Bureau of Internal Revenue have said the network did not have violations.

ABS-CBN Channel 2 and DZMM—the network’s free-to-air television and radio operations—has been off the air since May 5, following a cease-and-desist order from the National Telecommunications Commission (NTC). At around 8pm on May 5, a black screen greeted ABS-CBN viewers—an event that has not happened since martial law.

The network, said to have the farthest and widest reach across the archipelago, operated five AM radio stations, 18 FM radio stations and 42 television stations before its shutdown.

The order was issued a day after the network’s franchise expired. The NTC issued the order following the government’s lawyer, Solicitor General Jose Calida threatening charges against NTC officials if a provisional authority to operate was issued to ABS-CBN, as the NTC promised the Lower House to do so in March.

Congress failed to act on several proposed bills to extend ABS-CBN’s franchise since 2016, the same year President Rodrigo Duterte came to the presidency and also threatened to “see to it that ABS-CBN will be out.”

On June 30, a black screen greeted viewers anew when NTC issued Sky Cable Corporation to stop its direct broadcast satellite service, Sky Direct, as its franchise also expired on May 4.

SKYdirect has 1.5 million subscribers and offers programs broadcasted via satellite. Cable subscribers were not affected by the new NTC cease-and-desist order. Sky Cable Corporation is a subsidiary of ABS-CBN.

“SKYdirect’s 1.5 million subscribers nationwide, including those in remote areas that do not receive television signals, will be deprived of access to the channels we carry that bring them news, information, education and entertainment starting tonight June 30, 2020,” the company said in its statement.

SKYdirect was also required to refund its subscribers all unconsumed prepaid, deposits on subscriber equipment and devices, deposit or advance payment in monthly charges for postpaid subscribers. They assured their subscribers to exhaust all legal remedies.

“In the spirit of fairness, we continue to appeal to the NTC to extend the same privilege given in the past to other companies whose franchises have expired but are currently pending in Congress to continue its operations until a resolution is passed,” said the company.

I would like to thank everyone who has encouraged us, prayed for us, and given us hope over these past few weeks. Your messages have given us strength as we go through this difficult process. We are hopeful that the hearings will soon come to a close, and we would like to lean on you again for your support and prayers. We have always considered ABS-CBN first and foremost a public service. You are our reason for being. If you believe our service to be important and valuable to you, and if you believe that ABS-CBN is deserving to continue providing that service, please let your thoughts and feelings be heard. Thank you always to you, our dearest Kapamilya.

Celebrities and netizens pledged support to the network by posting #VoteYesToABSCBN.

I am Angel Locsin and I am praying for the franchise renewal of ABS-CBN. Please give us a chance to be better🙏🏻 #VoteYesToABSCBN https://t.co/ggnX978ZKz

Let our voices be heard. Tell your district congressman to #VoteYEStoABSCBN! pic.twitter.com/ZpghJF0VvW

The network complied with gov't rules on tax payments. If you don't care about more than 11,000 affected employees, then think about Sagip Kapamilya, Bantay Bata 163, Bantay Kalikasan, Pantawid ng Pag-ibig, and other foundations they fund & support. #VoteYesToABSCBN pic.twitter.com/5Er3Uuq6yi

11,000+ jobs are on the line. We are in the middle of a pandemic, and habagat season is just around the corner. I worked in enough disasters to appreciate how impt ABSCBN is in making sure critical warnings and info reach the farthest areas. #IbalikAngABSCBN #VoteYesToABSCBN

To the house of representatives,

Yes to 11k+ jobs, yes to in the service of the Filipino, #VoteYesToABSCBN. #IbalikAngABSCBN