Groups marched at the University of the Philippines Diliman University Avenue in the afternoon of July 4 to protest the signing into law of the ‘terror bill’ yesterday, July 3. 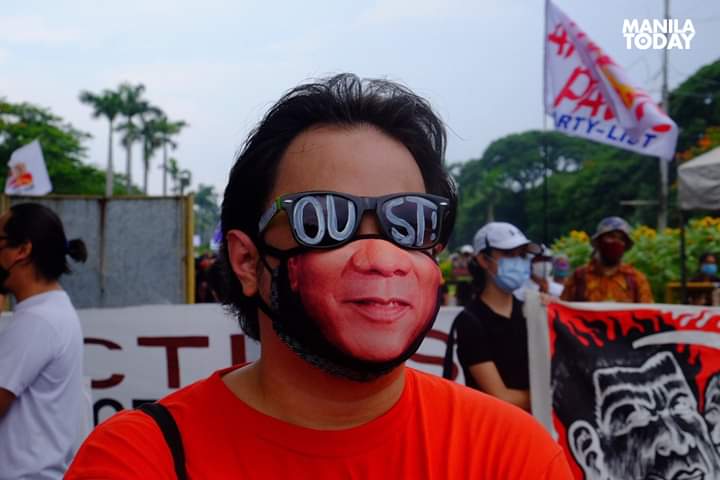 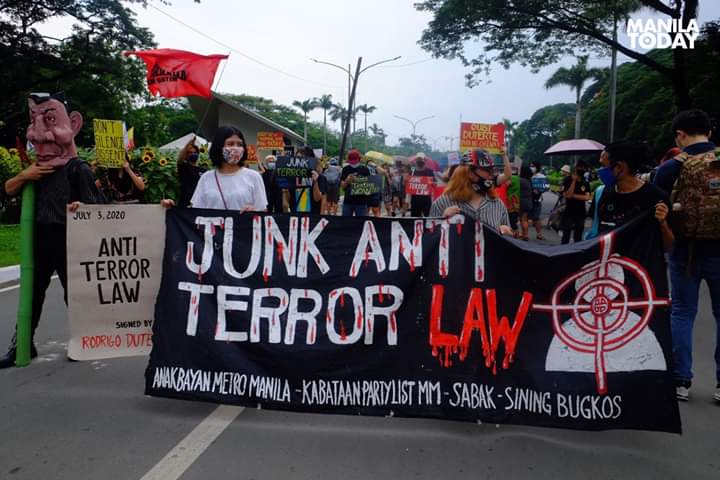 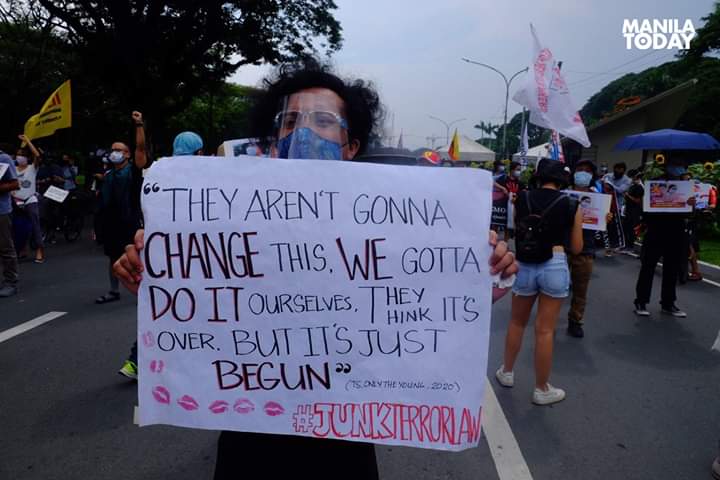 President Rodrigo Duterte signed the bill days before it lapsed into law, now known as Republic Act 11479 or the Anti-Terrorism Act of 2020.

His speech yesterday evening, televised just an hour or so since the public was made aware that the much-protested measure was passed into law, did not address his signing of the ‘terror bill’ and was focused on pleading for calm between military and police, following the June 29 shooting by police in Jolo that killed four soldiers. 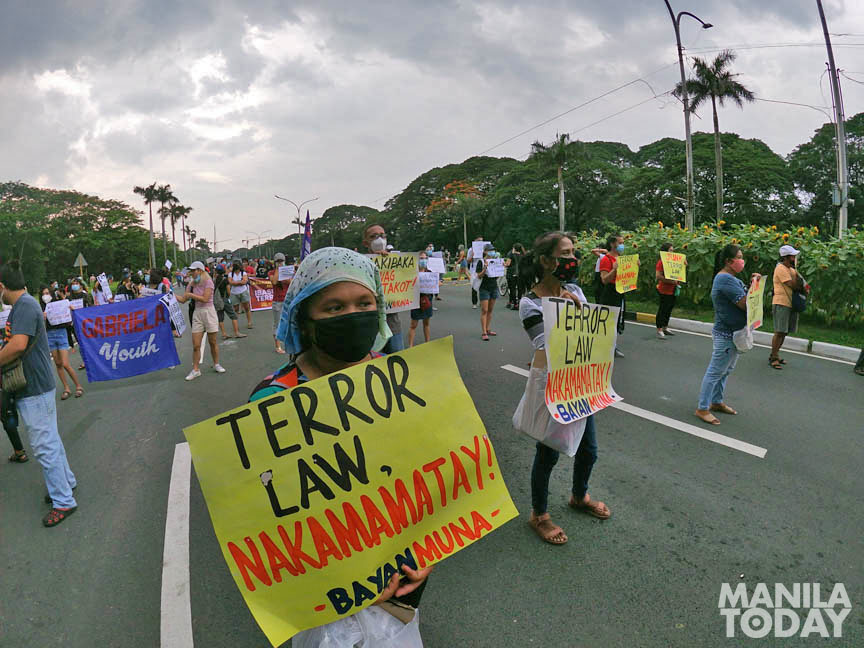 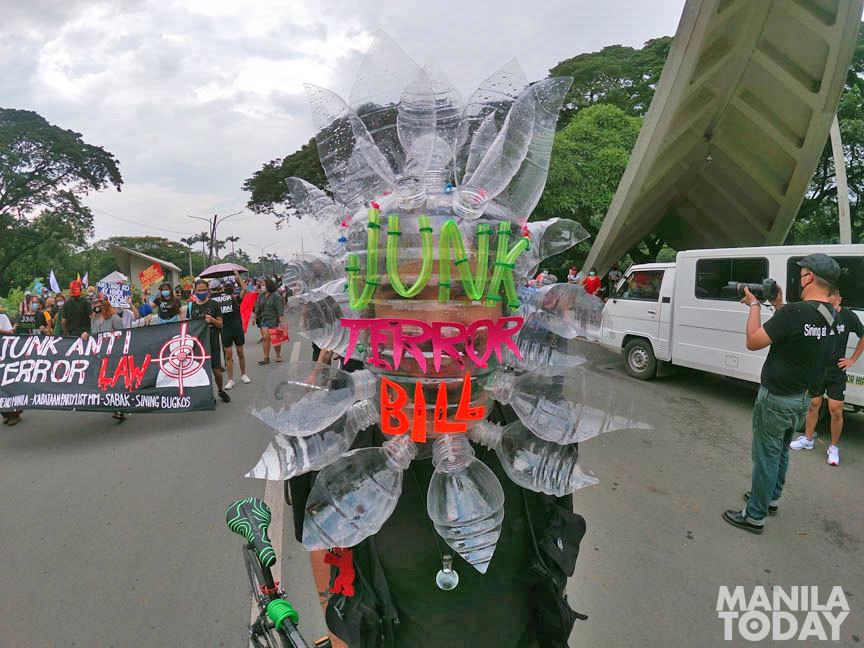 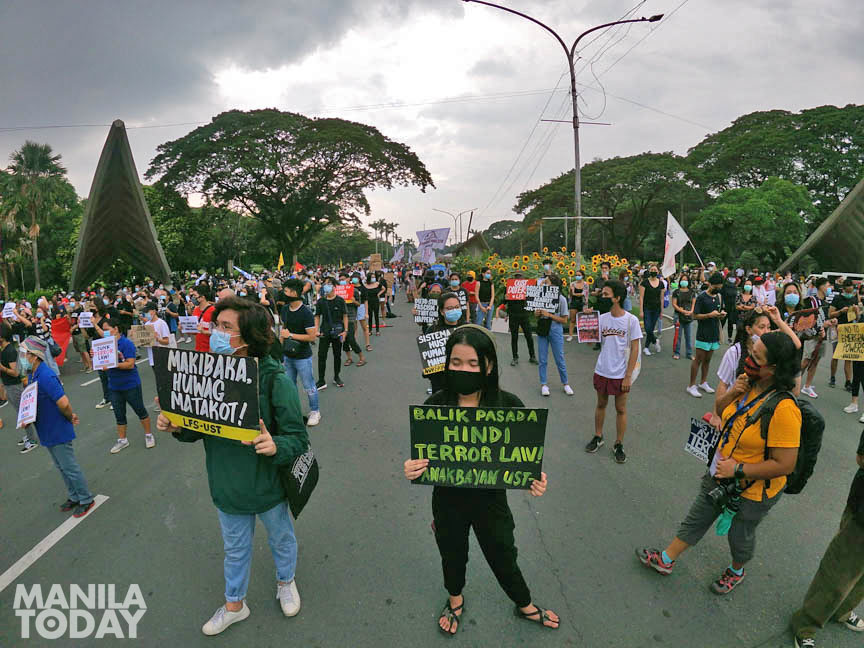 IN PHOTOS: More than a hundred groups, thousands joined #SONAgKAISA