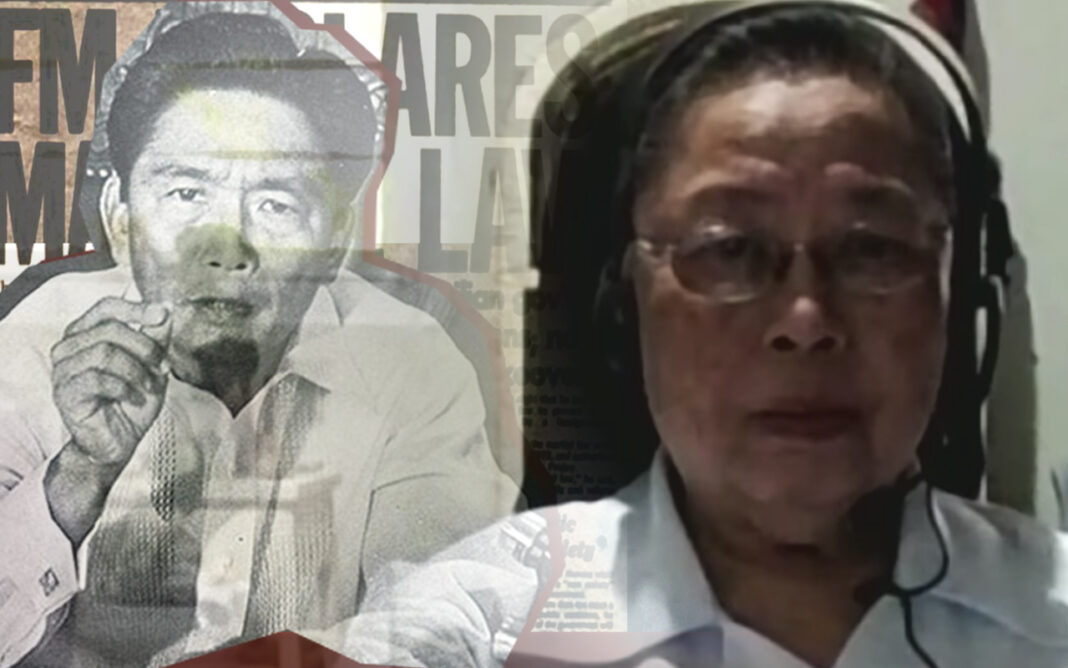 “It’s not parallel, it’s even a little worse.”

Martial law survivor and activist-nun Mo. Mary John Mananzan firmly stressed that “we have not learned the lessons from the past,” as though what has happened in the time of late dictator Ferdinand Marcos, Sr. is repeating with ‘added crudity’ in the current administration.

Mananzan, in an interview with ANC a day after the 48th year of Martial Law declaration, cited issues regarding poverty, hunger, landlessness, subservience to foreign powers, and unequal distribution of wealth which were prevalent during Marcos dictatorship is still evident during the Duterte administration.

“I have been a victim of that (Martial law), I have been red-tagged. They tell atrocious stories just because you are the chairperson of GABRIELA like you are commenting and encouraging rape. How can I, as a feminist, encourage rape? They are making a lot of fake news and stories about what red means,” Mananzan openly shared.

Mananzan is the current chair emerita of GABRIELA and the school administrator at St. Scholastica’s College in Manila who had engaged in various political rallies during Marcos regime.

Her advocacies focused primarily on women’s rights alongside campaigning against human rights violations, attacks on press freedom, historical revisionism among other acts of violence.

Meanwhile, Mananzan claimed that “historical distortion” is the more apt term rather than calling it “historical revisionism”.

“The fact that the Marcos family are now again in ascendance, that has shown we don’t even have a memory. I mean to say they are now national elected officials showing that we have not actually learned from history,” Mananzan explained.

Furthermore, according to her, Duterte has surpassed Marcos human rights abuses with 30, 000 extra-judicial killings (EJK) violations in his bloody drug war campaign.

Mananzan explained that the Anti-Terrorisn Law will sow fear in many people who are vocal to express dissent and criticism against the government.

“That is really state terrorism because the one who is terrorizing is the state,” Mananzan said.