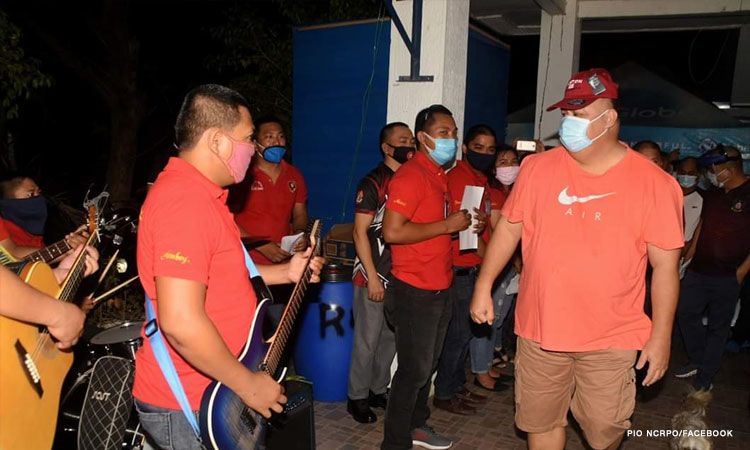 Department of Interior and Local Government (DILG) Secretary Eduardo Año issued a Memo on Strict compliance of IATF Resolution No. 57 reiterating Prohibition on Mass Gathering, dissuading mayors from issuing permits for rallies that would be held on July 27.

“The audacity of Secretary Año to remind us of observing health measures when he can’t castigate, not even a slap on the wrist against his subordinate who flagrantly violated basic health protocols at the height of the quarantine,” said PAMALAKAYA Chairperson Fernando Hicap, referring to NCRPO Chief Debold Sinas’ mañanita.

“The people have all reasons to protest and show outrage with the aggravation of mass unemployment, poverty and hunger, and the crimes of the Duterte administration,” says Danilo Ramos, chairperson of Kilusang Magbubukid ng Pilipinas.

Another peasant leader said their sector believes that this should be the last SONA of Duterte “if we want to survive this pandemic and all its subsequent effects, including threats to our food security.”

“We will not be cowed by Duterte’s threats and intimidation, whether these are posters red-tagging our mass leaders and organizations or DILG’s memo prohibiting us from exercising our right to protest because silence right now can only mean death for many,” said Unyon ng mga Manggagawa sa Agrikultura Chairperson Antonio Flores.

The group assailed how four months into varying levels of lockdown imposed by the national government, the second tranche of the Social Amelioration Program (SAP) has yet to reach the majority of those qualified. The DSWD reported that only 3.2 million out of 18 million families or 18% have received the 2nd tranche of SAP as of July 22.

The group is also alarmed that various hospitals in NCR are already sounding off the alarm on their capacity to further accommodate COVID-19 patients. According to the Department of Health COVID-19 tracker, 74.9% of beds (4,700 out of 7,276) in Metro Manila are occupied.

Sinas, in a press conference on the morning of July 26, said no rally would be allowed in Quezon City tomorrow.

The NCRPO would also not close streets as they expect traffic to be normal given the prohibition on rallies tomorrow. He said the Land Transport Franchising and Regulatory Board relayed to them that they would not issue special permits to buses and jeepneys.

On the incredulous red-tagging of Altermidya Network at the Dec. 1...

Altermidya - Dec 1, 2020 0
ONCE AGAIN, state forces led the hostile red-baiting of independent media at the December 1 Senate hearing after they presented the Altermidya...

Deaths of elderly peace consultants “can only be described as cold-blooded...

Military hit for ‘photo ops’ with the remains of an NPA...