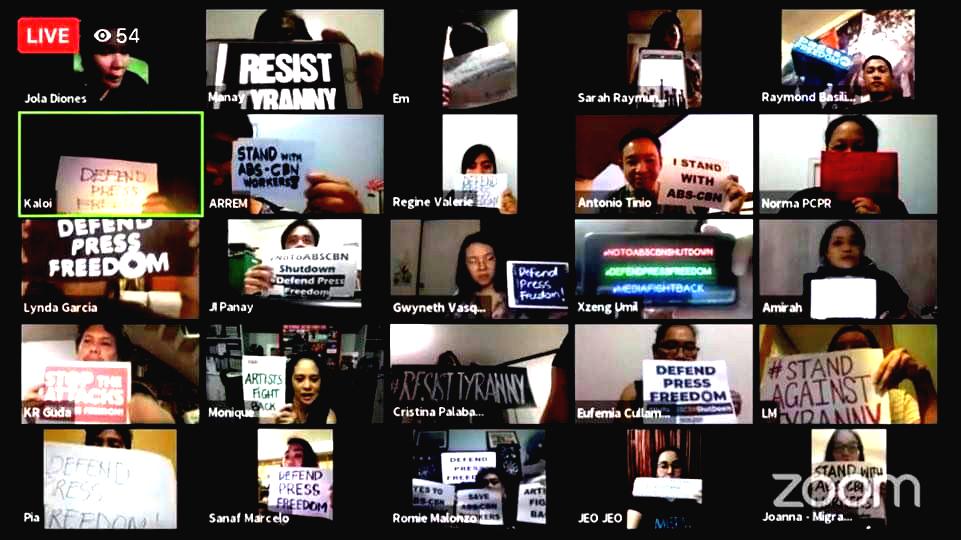 Various groups called for called for a “Black Friday Protest” for press freedom on May 8, following the government’s shutdown of one of the country’s largest broadcasting company, ABS-CBN. They continue to call #NoToABSCBNshutdown.

National Union of Journalists of the Philippines condemned in their online protest the cease and desist order from National Telecommunications Commission (NTC) on May 5 that forced the network to go off air.

Movement Against Tyranny (MAT) called on the public to hold candle-lighting protests simultaneously at 6:30pm this evening and post it on social media. This is the time slot of the long-running newscast TV Patrol which was the last the network aired on May 5.

Groups also called on the public to post a photo with a black screen, signifying the station going off air. The network last went off air on September 1972 when Martial Law was declared and all media was shut down.

The protests also used the hashtag #StandWithABSCBNworkers, as more than 11,000 workers jobs continue to be threatened due to the inaction of Congress to tackle the bills pending three years or more and the NTC going back on their February oath to give ABS-CBN a provisional authority to operate when the franchise would expire on May 4 and the Congress has not acted on the pending legislation.

Earlier in the day, Bagong Alyansang Makabayan held a protest at the College of Mass Communication in UP Diliman.

Youth Movement Against Tyranny collected photos of members of their network who joined the Black Friday Protest and set them on a collage titled “Busalan man kami, hindi kami mananahimik.” 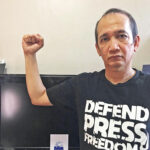 He said, “Push back, push back! And hard! This is a preview or trial balloon up to where they can go. Then one morning we might just wake up to full-blown martial rule and to a new abnormal.”

Redemptorist Missionaries and their volunteers in the Our Mother of Perpetual Help National Shrine in Baclaran join the Black Friday Protest. They have been cooking meals for frontliners and homeless people for more than a month and a half.

Church workers also joined the protest from the National Council of Churches of the Philippines. Aside from lighting candles, churches and institutions around Manila also joined in the call to bring ABS-CBN back on air by ringing their bells.