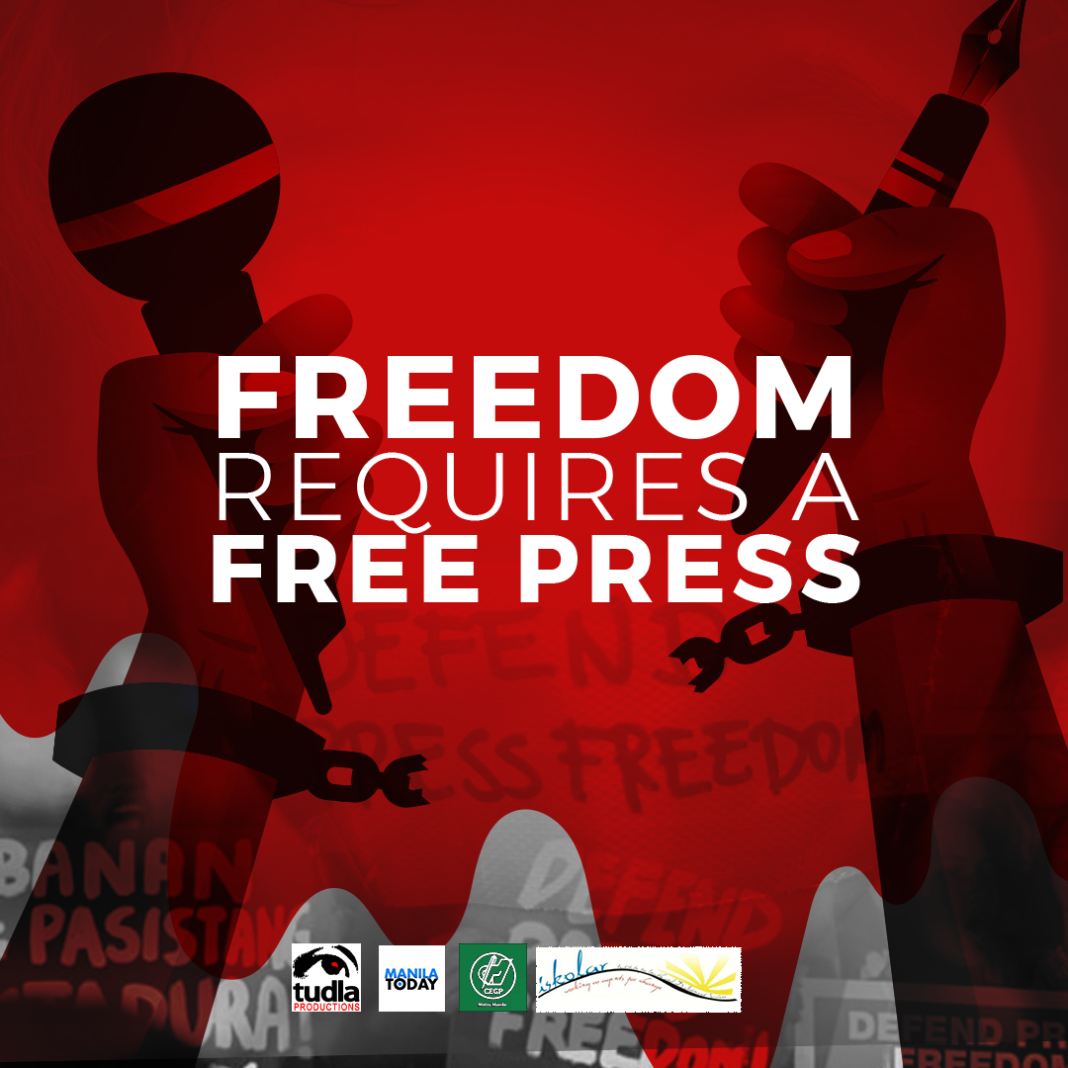 May 3 is World Press Freedom Day.

Its yearly commemoration is a much-needed reminder of this fundamental freedom that protects other liberties and our human rights. In the Philippines, at least 19 journalists have been killed under the current administration and a culture of impunity persists in these crimes.

On the one hand, journalists and media outfits are made to suffer weaponization of the law or the abuse of law enforcement. They are bombarded with legal cases or jailed on planted evidence and trumped-up charges. They are also harassed online by trolls sowing disinformation with malice prepense and calculated to benefit those in power.

We must not be cowered. We must persist. In the face of attacks against journalists and media, independent media shall continue to uphold press freedom in pursuit of a critical and empowered nation.