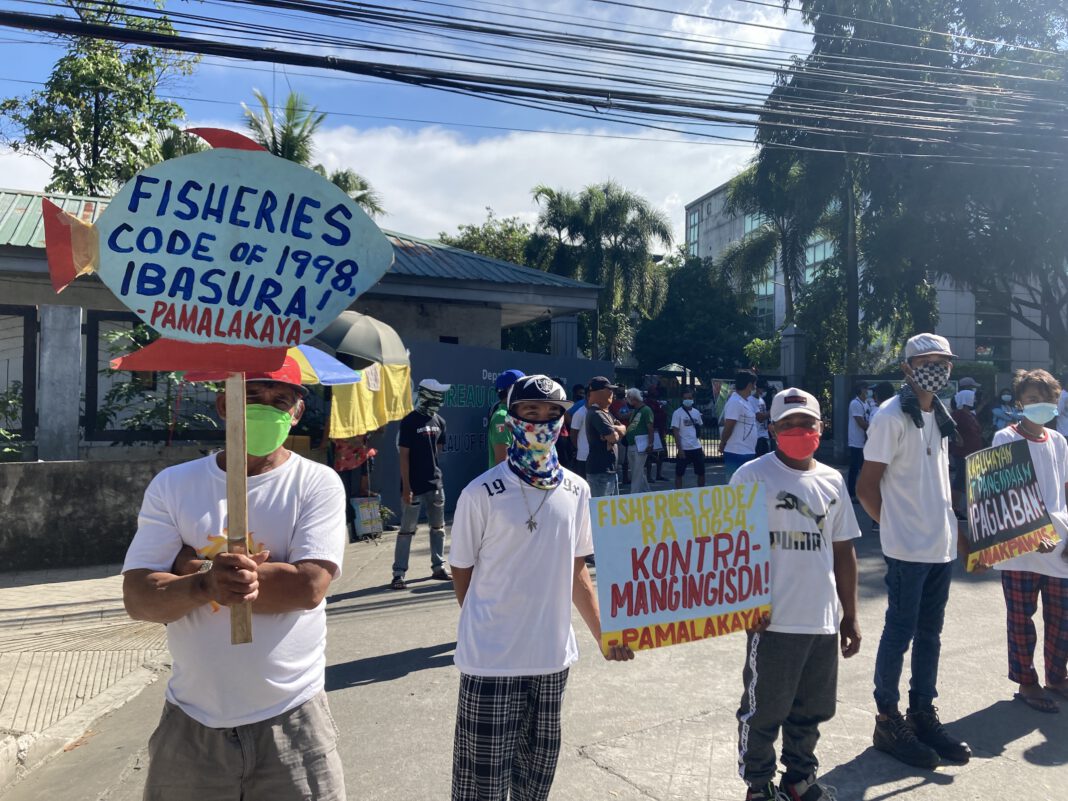 Under Republic Act 10654 or the amended Philippine Fisheries Code, PAMALAKAYA decried against repressive fishing restrictions upon categorizing traditional fishing methods of small fishers as illegal, therefore subjecting them to hefty fines and penalties amounting to P2,500 as well as confiscation of fish catch and gear.

Registration and licensing schemes are also among the restrictions faced by fisherfolks who are also deeply affected by small fish production in the municipal waters due to the continuous entry of commercial fishing fleets that exploit water resources.

The fishers group further lambasted the Maritime Industry Authority (MARINA) in Laguna de Bay alongside the Bureau of Fisheries and Aquatic Resources (BFAR) on the questionable and unlawful fines, citing it as a mere act of extortion.

“We are being fined with P2,500 for every alleged offense that the maritime enforcers themselves are unable to identify. They won’t even provide us fine payment receipts so there is a high probability that this is not law enforcement but extortion. The presence of these abusive law enforcers intimidates us from going into our traditional fishing grounds, resulting to further diminution of our income,” PAMALAKAYA spokesperson Ronnel Arambulo said.

The fisherfolk protesters came from Rizal and Cavite provinces who used to donate their surplus catch to several community pantries in Metro Manila earlier this year.

According to PAMALAKAYA, they participated in mutual aid efforts alongside the government to alleviate the economic toll on many Filipinos; however, the existing fisheries law now became a burden to their livelihood.

“We demand that its burdening and unjust provisions be scrapped. This law doesn’t do anything in protecting our fishing waters, rather, it is being used by abusive and corrupt maritime enforcers against small fishers,” Arambulo said.