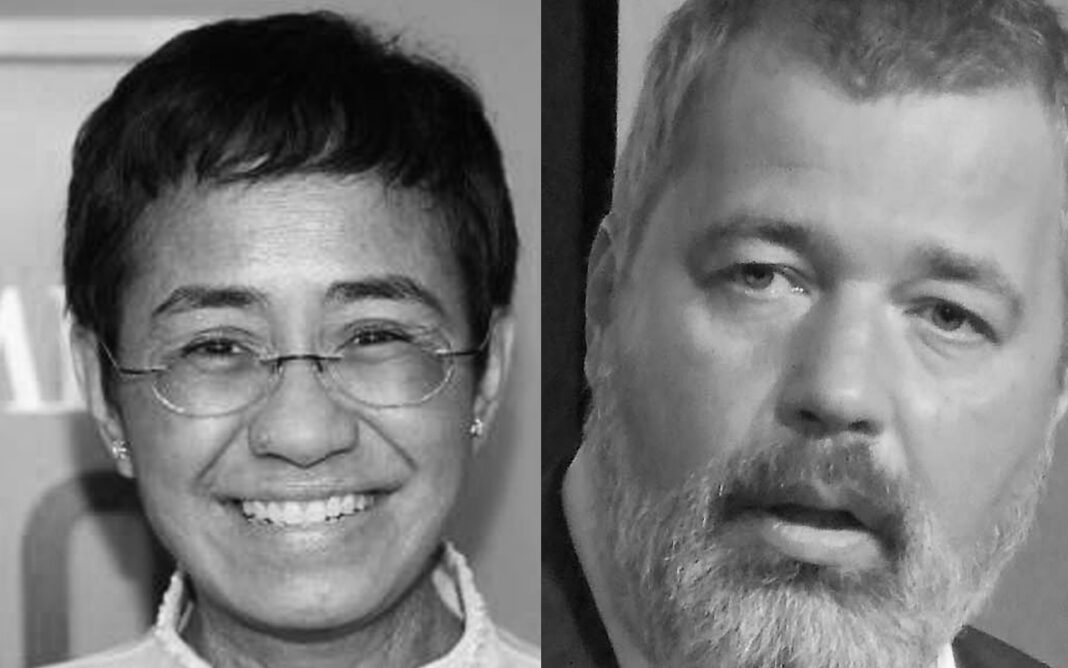 Cheers from many sectors in the country poured in for Rappler CEO Maria Ressa for being awarded the 2021 Nobel Peace Prize. She is the first individual Filipina to be given the award. She shares the award with Dmitry Andreyevich Muratov of Novaya Gazeta.

Various local and international media groups congratulated Ressa and underlined how the award committee acknowledged the work of journalists in situations increasingly hostile to press freedom such as in the countries of Ressa and Muratov.

“This prize is not only a recognition of their work but of the importance of freedom of the press and of expression in their countries and throughout the world,” said the National Union of Journalists of the Philippines in its statement.

The group said they hoped this award “will shine more light on those who put the spotlight on the truth at a time when basic freedoms and democracy are under attack.”

IAWRT Philippines toasted Ressa’s award as “recognition of her efforts to safeguard freedom of expression.”

“We see Ressa’s recognition as a vindication for many Filipino journalists who have been subjected to relentless attacks—those who have been harassed, red-tagged, slapped with libel and cyberlibel charges, arrested, and killed,” said IAWRT Philippines in its statement.

IAWRT International, meanwhile, stressed how “the recognition comes at a time when journalists are increasingly at risk the world over, especially female journalists in Afghanistan and many other hot spots.”

In the past weeks, IAWRT became involved in efforts to evacuate its members in Afghanistan after the Taliban took over.

These groups expressed solidarity and commitment to “hold the line,” the tagline popularized in Ressa and Rappler’s campaign amid being embattled with legal cases and online harassment, for free press and the people’s right to know.

The Asian American Journalists Association Asia chapter (AAJA-Asia) congratulated Ressa and said they have “unequivocally stood in full support of Ressa, Rappler and all journalists around the region who face harassment and threats in the course of their work.”

Ressa was the keynote speaker at AAJA-Asia’s New.Now.Next Media Conference in 2020, where she spoke of the weaponization of social media and the critical role of journalists in fighting disinformation.

The Committee to Protect Journalists (CPJ) said they are “deeply thrilled” to learn that Ressa and Muratov won the prize this year.

“These are journalists under personal threat, who continuously defy censorship and repression to report the news, and have led the way for others to do the same,” said CPJ Executive Director Joel Simon.

“Their struggle is our struggle,” he added.

Reporters Without Borders (RSF) said they are “delighted that the 2021 Nobel Peace Prize has been awarded to two prominent and courageous journalists.”

“This is a tribute to all those who work tirelessly for freely and independently reported news and information,” said RSF in its statement.

RSF and the #HoldtheLine coalition jointly launched a solidarity campaign for Ressa in July 2020, creating a dedicated website on which a fundraising appeal and hundreds of videos from influential figures ask the Philippine government to drop all charges against Ressa and Rappler.

“This prize is an extraordinary tribute to journalism and a mobilization appeal, because this decade will absolutely be decisive for journalism. It is a powerful message at a time when democracies are being undermined by the spread of fake news and hate speech,” said RSF secretary-general Christophe Deloire.

The International Media Support (IMS) described the day of the announcement of the awardees as a “big day for independent media.”

IMS said that the award is “not only an important and just recognition of their tireless work, but of the importance of freedom of expression and free media on the whole.”

“To all the journalists that make an effort every day to promote facts and reliable information to the public: this is a recognition of you, your work and the importance of the free press. There can be no democracy without press freedom,” said IMS.

The award is accompanied by a gold medal and 10 million Swedish kronor (US $1.14 million).

Various progressive groups in the country felt the award was a rebuke to President Rodrigo Duterte whose administration opened up several investigations against Ressa and Rappler following the media outfit’s close monitoring of his war on drugs.

The award came a day after the Oral Report on the Philippines Human Rights Situation by the United Nations High Commissioner on Human Rights Michelle Bachelet, that progressive groups also felt was a rebuke to the Duterte administration. Bachelet said she remains “disturbed by reports of continuing and severe human rights violations and abuse across the country” and “deeply concerned by continual reports of so-called ‘red-tagging’ of human rights and environmental defenders, journalists, union activists, church workers, and humanitarian workers.”

The Philippine government has yet to acknowledge or congratulate Ressa for this first-time recognition for its citizen.