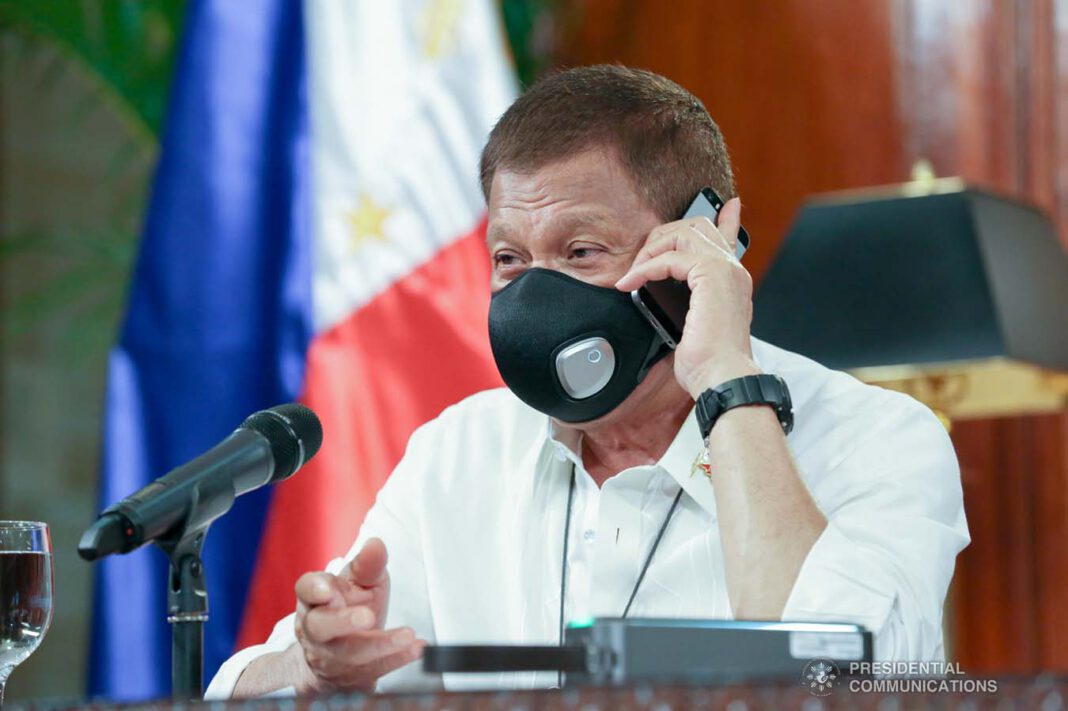 The anti-terrorism bill is now Republic Act No 11479, after President Rodrigo Duterte signed the controversial and much-protested bill into law.

The Anti-Terrorism Act of 2020 was signed just a few days before it lapsed into law, or 30 days upon receipt of the president. Congress reportedly transmitted the measure to Malacañang on June 9. In several of Duterte’s speeches from that time up to present, he did not speak about the anti-terrorism law.

The critics of the bill lament the prioritization of government to weaponize the law against its critics amid the COVID-19 pandemic. Also on this day, the Department of Health reported 1,531 confirmed cases today, the highest in a single day.

Total of DOH-confirmed cases have breached the 40,000-mark, now at 40,336. Total individuals who tested positive, however, is at 50,464 by July 1. The difference of 10,128 between positive individuals and confirmed cases represent the validation backlog of the Health department.

Many condemned the provisions on lengthened detention period without arrest warrant or charges for 10 to 24 days and that government may define who are terrorists and supporters who they can conduct surveillance on or detain without warrant through the Anti-Terrorism Council (ATC). The ATC is made up of the president’s alter egos in various executive departments and other president’s appointees.

National Security Adviser Hermogenes Esperon said in October 2019, before the two-year martial law in Mindanao expired that year, that the anti-terrorism law will be a better tool than martial law.

Martial law declaration requires Congress approval and should be declared only “when necessary” or “when public safety requires it” when armed forces are called upon to suppress lawless violence, invasion or rebellion. Martial law should not last more than 60 days and also does not suspend the Constitution, nor does it supplant civil courts or legislative assemblies. The suspension of the writ of habeas corpus (requiring the state to present to court a person it arrested and especially to secure the person’s release unless lawful grounds for detention were provided) during martial law “applies only to those judicially charged for rebellion or offenses inherent in, or directly connected with, invasion.” They must charged within three days, otherwise they must be released.

Such statement by Esperon, also made by one of the bill’s sponsor in Senate, Senate President Vicente Sotto III, only strengthens many groups’ convictions that the anti-terrorism law can and will be used against critics and will trample on human rights.

International lawyers and lawyers’ groups earlier urged Duterte to veto the bill that “contains overbroad and vague definitions of terrorism that not only criminalize virtually all acts of freedom of speech, association, assembly, and the press, but also criminalize intent justified by baseless, politically motivated accusations.”

A group of lawyers in the country, the Concerned Lawyers for Civil Liberties asked Department of Justice Sec. Menardo Guevarra to recommend to the president to veto the bill. The group said there are enough laws to address terrorism, but Malacañang needs this law against critics and the growing number of ordinary people who protest against the failure of government to deliver relief and aid during quarantine.

The Office of the Presidential Spokesperson confirmed the signing of the law.

“Terrorism, as we often said, strikes anytime and anywhere. It is a crime against the people and humanity; thus, the fight against terrorism requires a comprehensive approach to contain terrorist threat. The signing of the aforesaid law demonstrates our serious commitment to stamp out terrorism, which has long plagued the country and has caused unimaginable grief and horror to many of our people,” said the office’s statement.

A signed copy of the law was posted at the Official Gazette at around 10am on July 3.