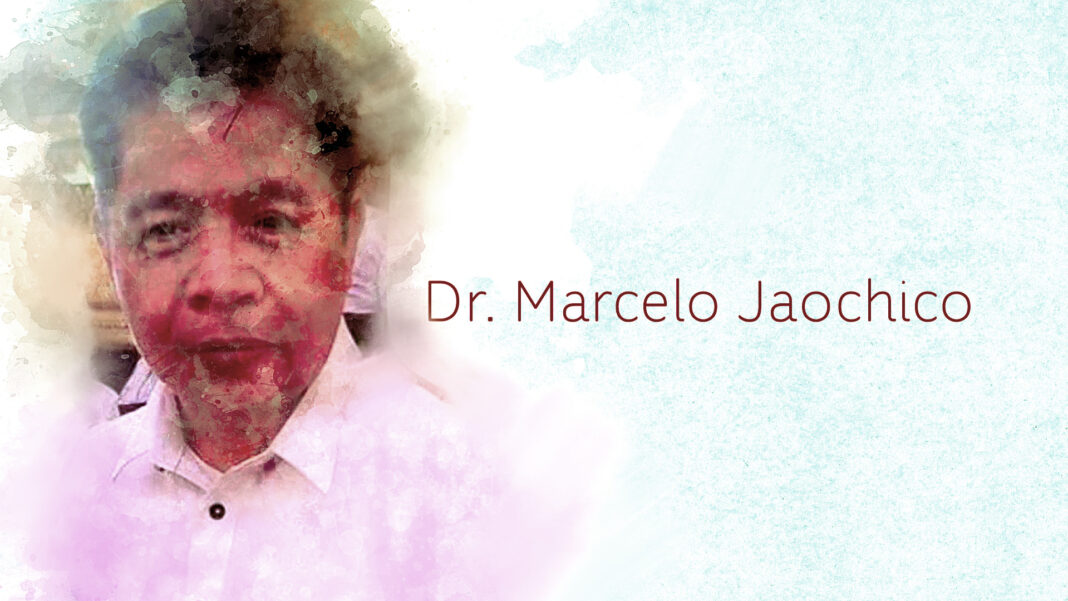 Dr. Jaochico served as the Provincial Health Officer of Pampanga when the pandemic hit the country.  Like many health workers, he passionately served his constituents, eventually dying in the line of duty.

The provincial government of Pampanga mourned and paid tribute to his heroism by flying their flag at half-mast last March 25.

He participated in the Doctor to the Barrios (DTTB) of the Department of Health (DOH) program and got assigned to the town of Calanasan in Apayao. He attended to the medical needs of the townspeople who were very far from any hospital, battling dengue outbreaks as well as other diseases. He served there for 16 years.

After serving the people of Calanasan, he worked at the Bureau of Local Health Systems and Development. In 2013, he became Pampanga’s Provincial Health Officer of Pampanga.

“Marami siyang mga nakaka-clash na mga tao, but I know his heart is in the right place because he has always served the people. Padayon, daddy. You have always had good intentions for the masses. I wish I can be more selfless like you,” according to his daughter Cielo.  His daughter posted a series of Facebook posts detailing his years of service to the people.

Dr. Jaochico was a frontliner even in previous disasters.  He went to Tacloban after the onslaught brought about by Typhoon Yolanda. He also headed the Kapampangan Medical Team in the recent eruption of Taal. Staying with other health workers to provide services in the evacuation centers, they eventually helped 3,952 Batangueños.

The University of the Philippines Manila College of Public Health paid tribute to “a capeless hero and a public health servant.”

“Until his last day, Dr. Jao has demonstrated to us what a TRUE PUBLIC HEALTH SERVANT is — performing his duties and responsibilities for the common good of the people despite the risk of acquiring COVID-19,” continued the tribute posted by the college on March 28.

Dr. Jaochico finished his Master’s Degree in Hospital Administration at the college.

As of this writing, the DOH has reported 2,311 cases of COVID-19 in the Philippines. Fifty people have already recovered while 96 have died.

Filipino healthcare workers all over the country still decry the lack of personal protective equipment, especially in hospitals that would handle COVID-19 cases.

Of the 88 deaths from the disease in the Philippines, 1 was a nurse and 17 were physicians.