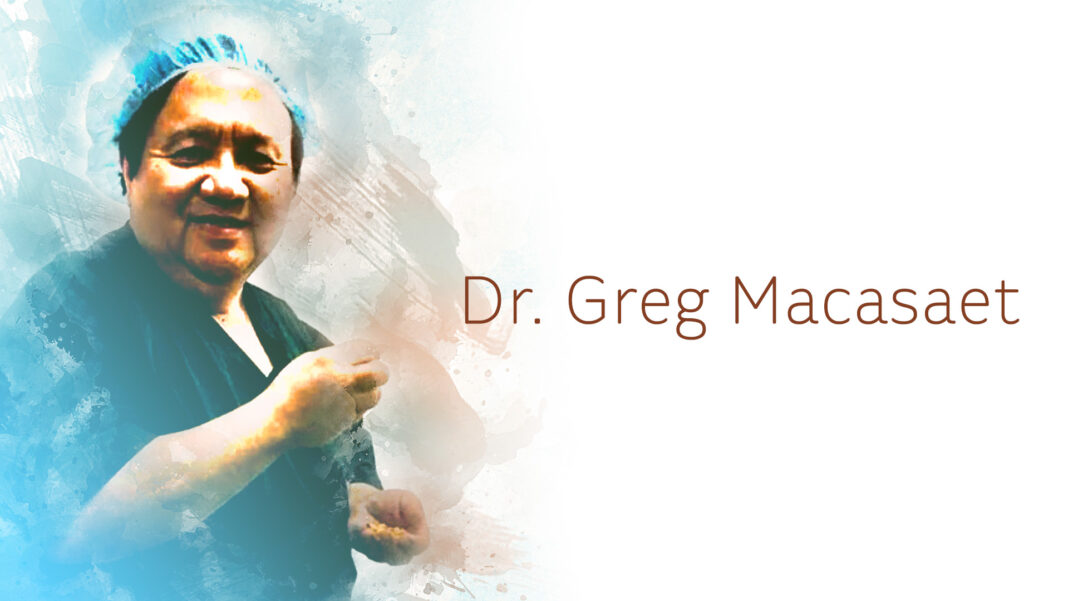 As the fight against COVID-19 intensifies, frontliners are sacrificing their lives despite the risks and exposure to the virus. Anesthesiologists at the Manila Doctors Hospital, Dr. Greg Macasaet and his wife, Dra Evalyn Macasaet, tested positive for COVID-19.

A statement released by Manila Doctors Hospital said, “He was one of the best anaesthesiologists in our country and he was one of the first responders to a patient who eventually died from COVID-19.”

“He has lost his life in the service for the Filipino people and our country,” read the statement.

His colleagues, family and friends lament his passing. Aboy Paraiso, Macasaet’s godson, shared in his viral post how Dr. Macasaet remained selfless amid the risks.

“If you know Ninong Greg, then like me you wouldn’t be surprised at how everything unfolded and even his death speaks of the character of the man and his family. As he recounted to me, he and Ateng chose to stay when most of their colleagues chose to keep themselves safe and did not report for work,” Paraiso said in a post.

“And now Kuya Greg has made the ultimate sacrifice of life, not because he was forced or obliged to do so, but because of his dedication to his craft and his constant devotion to be of service to others,” he added.

Paraiso also asked prayers for Dr. Greg’s eternal repose and for the recovery of his wife Evalyn.

Before his passing, Dr. Greg sent a text message to Paraiso detailing his battle with the virus.

“Good evening, my beloved brethren! The turn of events is just no longer going in my favor. The feeling you get, aside from extreme pains all over, the difficulty of breathing and as if all life is being sucked from your body. They will be putting cutdown lines and central tubes on me anytime soon. If they intubate me and place me on a ventilator, then the game is almost over,” said Dr. Greg.

Macasaet said he wishes her and his son Raymond a long and happy life if his wife survives.

“Raymond, however, needs financial and emotional care for the rest of his life. Something I may no longer be able to fulfill. It Is my fervent hope that all of you may assist the rest of my family in our most difficult times,” the late doctor added.

While the number of confirmed COVID-19 continues to increase, Philippine Medical Association (PMA) President Jose Santiago, Jr. spoke about the worrying situation of the doctors and other frontline health workers who are battling with COVID-19.

Santiago said he is hopeful that the deaths of the health workers will be enough reason for all frontliners to be given adequate supplies of PPE as they perform their duties.

“It is like going to war without a weapon if we don’t have PPE.  We won’t last if that is the situation,” emphasized Santiago, who projected that there will be a health worker crisis in two to three months if frontline workers were to continue to work without enough PPE.

As of this writing, the Philippines has 636 confirmed cases and 38 deaths.