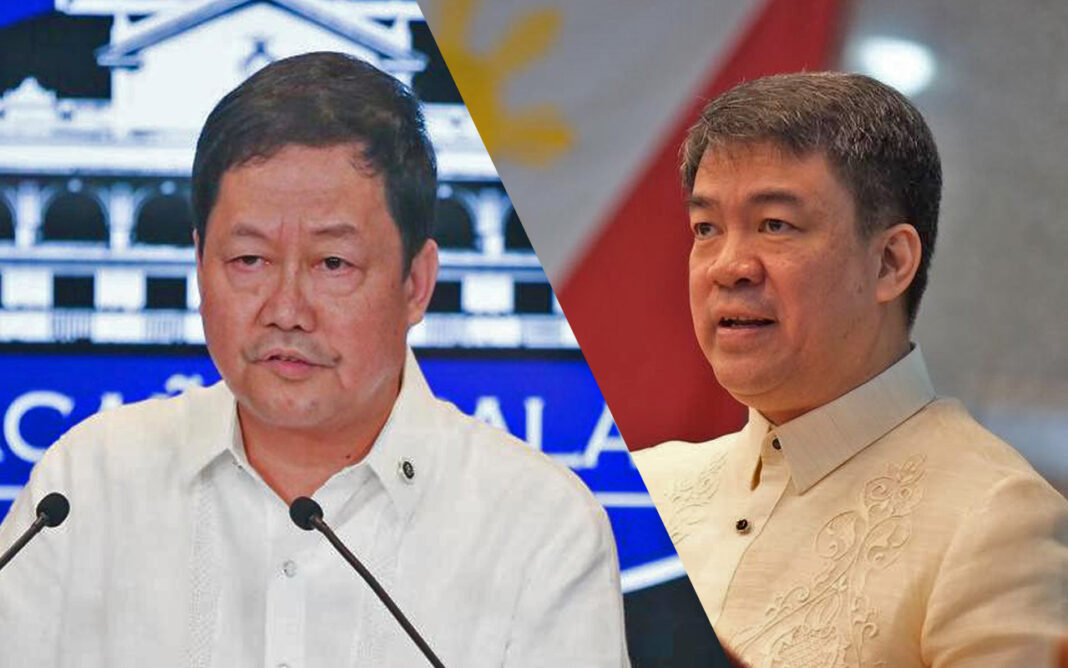 This was the reaction of  National Union of Peoples Lawyers President Edre Olalia to the seeming ambivalence of the Department of Justice (DOJ) to file charges against Sen. Aquilino “Koko” Pimentel.

“I do not agree with [DOJ Sec. Guevarra] re SELECTIVE “compassion.” Credibility requires consistency. It cannot be the law is harsh but it is the law for the poor and powerless and then the law must be tempered with mercy and compassion ONLY for the powerful and privileged,” said Olalia.

Pimentel announced that he tested positive for COVID-19 on Wednesday, March 25. He went to the MMC on March 24 at around 6-7pm to accompany his pregnant wife who is scheduled for an elective caesarian section operation on March 25. He said he found out his results around 9pm while in the hospital and left immediately.

“During abnormal times like this, when people are prone to commit mistakes or violations of the law, the DOJ will temper the rigor of the law with human compassion. But this is not to say that the DOJ will not act upon the filing of a proper complaint by any interested party,” said DOJ Secretary Menardo Guevarra.

Pimentel’s visit to MMC resulted to 68 doctors and health workers of the Makati Medical Center (MMC) being placed in quarantine, MMC Medical Director Saturnino Javier shared with the media. Pimentel’s wife’s delivery was placed on hold pending her own COVID-19 test.

The DOJ said that “they will not automatically investigate and said they will not arrest without a warrant.” The agency said those who have personal knowledge of the incident should file the complaint.

Guevarra said he is also not ordering an investigation at this point.

“There is already prima facie or reasonable ground to start the process of preliminary investigation. The police or NBI can already file a complaint on the basis of what facts are already established. They could summon or invite witnesses and complainants if they (MMC doctors, etc.) can take a little break from their primary and urgent tasks. In fact, the SOJ can and should order the NBI and the PNP can and should order the CIDG to investigate an apparent violation of RA 11332.  Same applies to Cong. Yap,” added Olalia.

The DOJ can order investigations on its own (motu proprio) without a complaint. The agency did that regarding the spreading of fake news related to COVID-19 outbreak.

Double-standards between the powerful and the poor

The Inter Agency Task Force on Emerging Infectious Diseases (IATF) including DOJ Secretary Menardo Guevarra had previously asserted “non-cooperation of the person or entities identified as having the notifiable disease, or affected by the health event of public concern” under Republic Act No. 11332 as the legal basis for warrantless arrests for violators of the “enhanced community quarantine.” This is even without resistance, including being found outside one’s house.

“The glaring double standard in how penalties are being imposed in this ‘enhanced community quarantine’ cannot be ignored. While the marginalized have faced cruel, inhumane, and unjust penalties and human rights violations for supposed violations of the quarantine measures, Senator Pimentel, who is actually positive for the disease, gets to have an easy pass despite putting hundreds of lives — especially frontline health workers and medical personnel — at fatal risk for his recklessness,” Karapatan Secretary General Cristina Palabay said.

Fr. Ranhilio Aquino, Dean of the Graduate School of Law, San Beda College, said that protocols need to be reviewed so patients do not have to lie about their condition for fear of being turned away. But knowingly and deliberately exposing others to the harm of the contagion can be held liable for unethical behavior in the Senate or charged under whatever laws applicable. He said that the rules and guidelines – put forth by the IATF –  must be applicable to all.

On March 11, Senator Sherwin Gatchalian announced that a resource person in a Senate hearing tested positive for COVID-19. Pimentel was reported to have started self-quarantine on March 14 after experiencing body pains. He also reported getting fever and sore throat. He got tested for COVID-19 on March 20. His self-quarantine could have ended on March 28.

Olalia said he wishes the senator, his wife and baby well and that Pimentel should unconditionally apologize not only to MMC, but to the public most especially.

Pimentel’s actions should not go unpunished

“There must be assumption of full responsibility. It cannot be “back to business.” If we let this slide, then the public will even be more jaded, cynical, disgusted and frustrated over this hypocrisy, selectivity and favoritism. Nobody will believe, let alone follow anymore,” added Olalia.

“Senator Pimentel’s actions should not go unpunished. He should be held accountable for he has put many lives in danger — the very lives fighting at the frontlines against the COVID-19 pandemic. The DOJ’s firm refusal to penalize him speaks of the ways justice is blatantly twisted by this government, all in efforts to protect its allies and allow them to violate laws with impunity,” Palabay said.

Photos of how other “violators” (regarding curfew, going outside without quarantine pass, etc.) of the IATF guidelines on the ‘enhanced community quarantine’ have been handled or treated by the authorities have also circulated online, with the public expressing alarm and scorn at Pimentel’s actions and the government’s “double standards.”