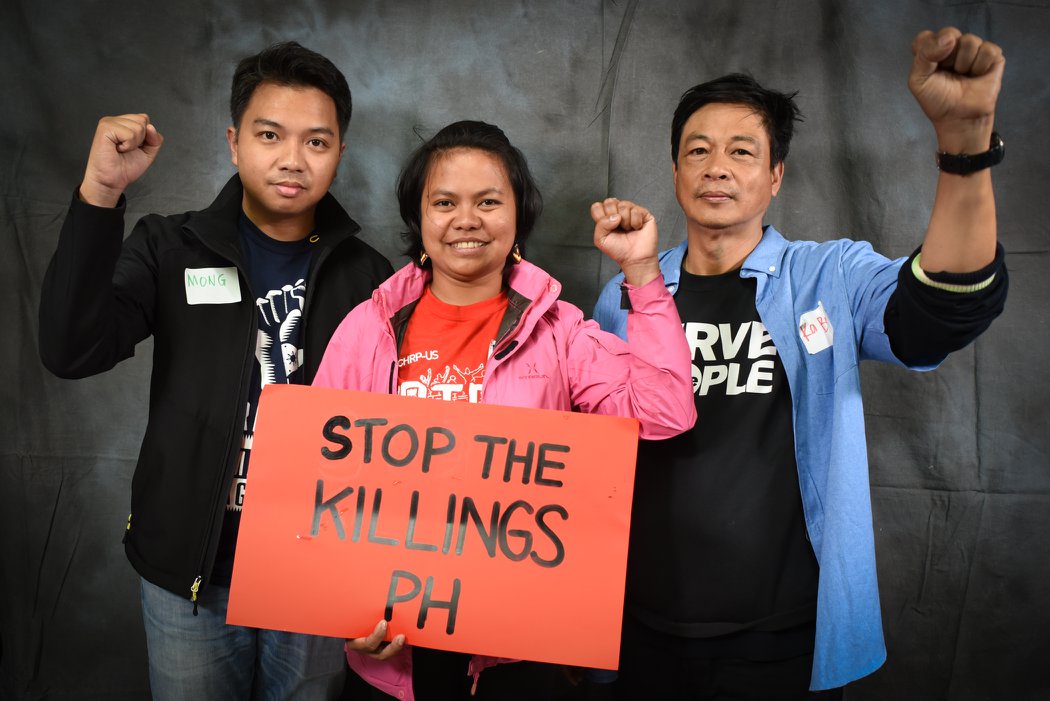 Speech of Bayan Metro Manila Chairperson Mong Palatino during the Malaya Mixer event at Precious Blood Catholic Church in Los Angeles, California. Mong is part of the ‘Stop the Killings’ speaking tour organized by the International Coalition for Human Rights in the Philippines – United States chapter.

It has been a very memorable, uplifting, and enlightening speaking tour and we’d like to acknowledge Malaya and ICHRP-US chapter for organizing this caravan.

Most probably you already heard or read what I have to say because this is the last leg of the tour. Please visit ICHRP-US page on Facebook to access our videos.

Instead of giving my usual presentation, I’d like to digress because I want to give tribute to all mothers in this room. Happy Mother’s Day!

It’s quite difficult to explain the real impact of the deteriorating human rights situation in the Philippines. How to convey in a few words the devastating effect of President Rodrigo Duterte’s killing machinery on families and communities? I used maps and gave historical overview in my presentations, Ka Bong Labog of Kilusang Mayo Uno highlighted the attacks on labor, and Junance Fritzi Magbanua of Save Our Schools gave testimony about the displacement of Lumad villages. Overall, I believe we were able to deliver our message about the urgency of ending the killings in the Philippines.

Think of the mothers of all victims of extrajudicial killings. They have no time to properly grieve for their children because their lives too are in danger. They need our empathy, sympathy, and solidarity. But all they got from Duterte and his minions was smug indifference. These callous, cruel, and unrepentant politicians who continue to arrogantly defend the government’s repressive wars against the poor. Inhuman is the only word I can think of to describe their behavior.

Throughout the duration of the tour, we repeatedly demanded to stop the killings of farmers, the Lumad, church leaders, environment defenders, and human rights activists. But in light of the unimaginable and deeply troubling events in the Philippines yesterday, when the incumbent Chief Justice was removed from her position, we have to add that the government should stop killing our democracy. Because this is precisely what Duterte is doing to our democracy: killing of checks and balance, killing of due process, killing of the integrity and independence of the bureaucracy.

This government wants to kill our future, our sense of hope, and our belief in the power of humanity.

But Duterte is wrong if he thinks the people will not resist.

What is our source of inspiration in defying this deadly regime?

Indeed, Mother’s Day is appropriated by Big Business and its commercialization undermines its noble meaning. But this Sunday, let Mother’s Day rekindle our sense of hope and our commitment in the struggle for a better future. Mothers are resilient and strong, and a mother’s love for her child is pure.

We thank the mothers of activists who opened the comfort of their homes to the children of the revolution. I have one mother but I have hundreds, thousands of mothers in the people’s movement. Long live the mothers of the resistance!

Long live the people’s struggle for the liberation of the Motherland!