Home NEWS Danding Cojuangco, a crony, an epitome of the landlord-comprador-bourgeoisie ruling class –... 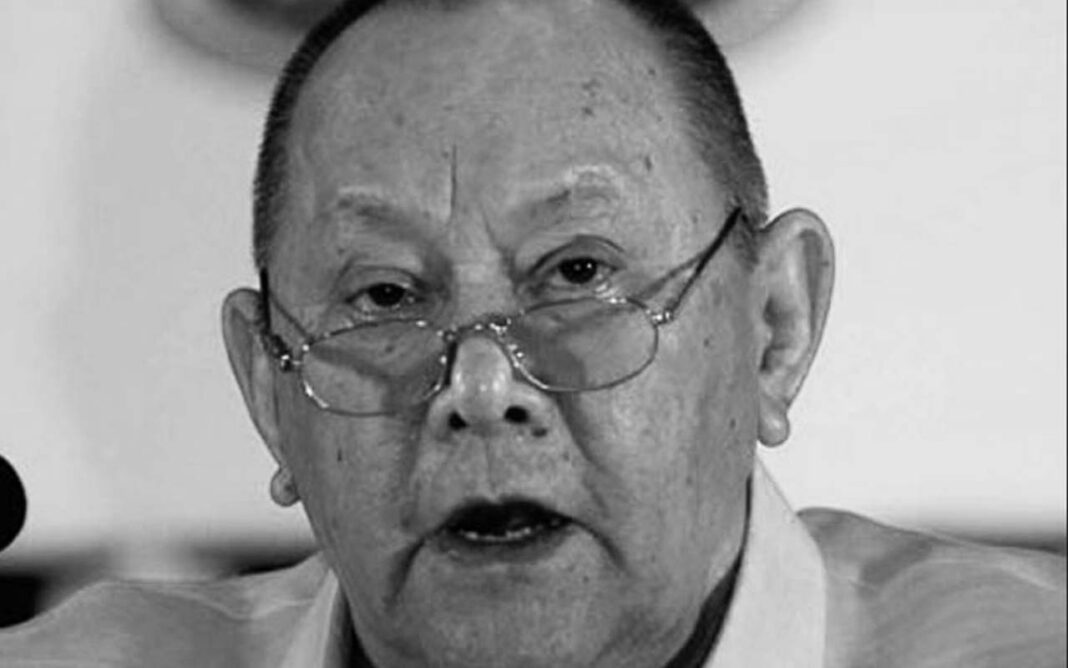 Danding Cojuangco Jr. is the son of Eduardo “Endeng” Chichioco Cojuangco Sr. and Josephine “Nene” Murphy. The Cojuangcos of Tarlac are among the most powerful and influential families in the country.

Danding is one of the infamous Rolex 12, the closest advisors of the late dictator Ferdinand Marcos, Sr. from 1972 to 1981. Danding is the sole businessman/tycoon in this notorious group of military leaders that included Juan Ponce Enrile, Fidel Ramos, Fabian Ver and others. [Marcos declared martial law on September 21, 1972.]

Danding is a known Marcos crony.

From 1972 to 1983, the government collected the coco levy fund from farmers, supposedly to develop the coconut industry, but were diverted by Marcos cronies to buy businesses for their own benefit.

In 1975, Marcos issued Presidential Decree No. 755 which authorized the Philippine Coconut Authority (PCA) and Danding to use the levy funds to buy 72.2 percent of the United Coconut Planters Bank or UCPB (formerly First United Bank). Danding became UCPB’s president and CEO.

Using his control over the PCA and UCPB, Danding and his ilk bought companies and mills placed under the Coconut Industry Investment Fund, a group of 14 holding companies whose assets included 47 percent of SMC.

When EDSA People Power broke out and Marcos was ousted in 1986, Danding, and other cronies flew out of the country and went into exile.

Danding was allowed to return to the Philippines in 1989 during the presidency of his cousin, Corazon Cojuangco Aquino.

After the term of his estranged cousin, Cory, Danding founded the Nationalist People’s Coalition (NPC) and ran for president in the 1992 elections. He lost to Fidel V. Ramos.

SMC dominated the food and beverage industry with an extensive portfolio of over 400 products.

Danding earned the nickname ‘Pacman’, after a maze arcade game made popular from the 1980s that ate everything on its way, because of his many business acquisitions – Wilkins, Sugarland Beverage, Cosmos Bottling Corp., Purefoods Corp. and Coca Cola Bottlers Inc.

From late ’90s to early 2000s, Danding’s SMC engaged in massive layoff and contractualization of its workforce through the company’s redundancy program.

While Danding and SMC targeted their ambitious expansion to the Asia-Pacific market, its workers faced retrenchment and worsening labor conditions.

Nationwide, from 1990 to 2003, more than 10,000 workers under the Ilaw at Buklod ng Manggagawa-KMU have been retrenched.

In 2012, SMC bought a $500-million stake in Philippine Airlines (PAL), giving the conglomerate management control of PAL and Air Philippines.

Ousted President Joseph Estrada labeled Danding as “Father of Land Reform” after the first extension of the Comprehensive Agrarian Reform Program in 1998.

It was then that Danding’s 4,661-hectare landholding in Negros Occidental spanning two cities and seven towns were exempted from actual land distribution through a joint agribusiness venture between the ECJ Corporation and 1,200 Certificate of Land Ownership Award holders.

Danding also delved into energy projects including biofuels. He land-grabbed thousands of hectares of agri lands in Isabela for cassava plantation for biofuels.

During the Gloria Macapagal Arroyo regime, Danding was able to retain his SMC chairmanship. It was also then that SMC sealed the $540-million buy-in deal with Japan-based Kirin Co. Ltd.

In 2010, coco farmers pressed then-President Benigno “Noynoy” Aquino III to make good on his promise to fast-track the recovery of the coco levy fund from his uncle Danding.

Aquino, through the National Anti-Poverty Commission, attempted to covet the coco levy fund for their own interests.

His lingering illness forced Danding out of the political limelight.

In 2014, the Supreme Court upheld a Sandiganbayan ruling that awarded shares of SMC bought using the coco levy to the government.

In 2015, Danding became chairman and a 90% majority owner of Petron Corp., which has the largest network of gas stations in the Philippines. SMC acquired majority control since 2010.

Petron started in the 1950s as part of the government’s national industrialization program to cater Filipino consumers with affordable petroleum products in response to increasing international oil prices.

The government started to privatize Petron in 1994, leaving itself only 40% stake in the company until it was eventually lost to Petron.

Even in the current administration, campaign promises were made to return the coco levy funds to the farmers but that has yet to happen four years into the current presidency and after Danding’s death.

President Rodrigo Duterte made a campaign promise to return the coco levy funds to farmers in his first 100 days.

Towards the end of 2016, Duterte again promised to give back the P 75 billion coco levy fund to farmers in the form of projects for the benefit of the coconut farmers and the industry. Duterte said his own family, his mother’s coconuts, contributed to the coco levy fund.

“It should be returned to the people. The law is actually clear,” Duterte said in a press conference in Davao Friday on November 11, 2016.

Duterte also publicly acknowledged that the coco levy funds were stolen from farmers during Martial Law under Marcos in hiss 2019 State of the Nation Address.

In 2018, SMC reached its goal of P1-trillion in consolidated revenues.

At the time of his death, Danding was the world’s 2,048th richest man and the Philippines 15th richest individual. His estimated net worth was around $1.1-billion or P55.3-billion.

Danding Cojuangco Jr. is the embodiment of the landlord-comprador-bourgeoisie ruling class who have enriched and empowered themselves through exploiting the Filipino masses, especially workers and farmers.