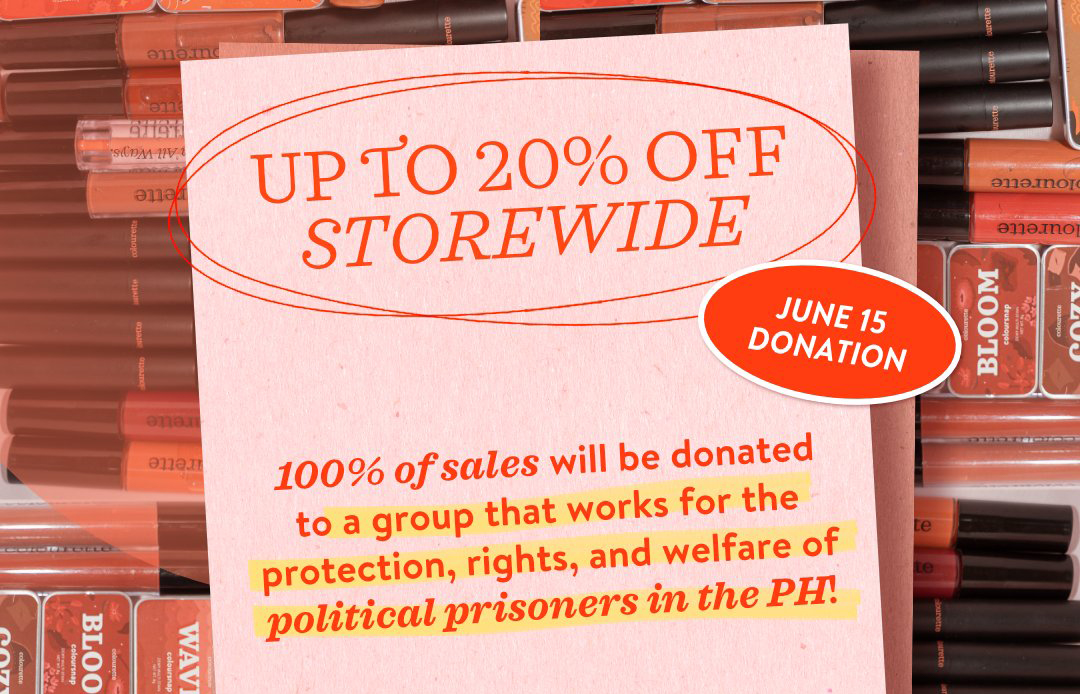 Sale for a cause. Colourette Cosmetics announced on their social media account that all of their sales on Lazada and Shopee app’s “Payday Sale” this June 15 will be donated a group that works for the protection, rights, and welfare of political prisoners in the Philippines.

Nina Ellaine Dizon-Cabrera, CEO of Colourette Cosmetics, went through exposing a “COVID-19 vaccination slots for sale” to being criminally charged as one of the suspects of the scheme to having the charges against her withdrawn in a span of three weeks.

On Monday night, Cabrera expressed her thoughts on her recent ordeal that also became a reminder of her own privileges in life.

“I had a legal team who was ready to do whatever it takes to topple the accusations. But it made me think – how about those people who don’t have the same resources as I do?” Cabrera asked.

She said that’s why she’s thankful that there are groups that help people who can’t afford to pay for legal matters.

Colourette Cosmetics is a proudly Filipina-owned and Filipina-run brand specializing in multi-use makeup that are “cruelty-free, paraben-free, sulfate-free and discrimination-free” at affordable prices.

After a few days, her name was included in Philippine National Police list of people who will be charged for violations of the Anti-Red Tape Act (RA 11032) and the Anti-Cybercrime Prevention Act (RA 10175).

She released a statement on June 9, expressing confusion on her being dragged in the scheme when she was the one who exposed the scam.

[Political prisoners and their families express their sincere thanks for this assistance.]

According to human rights group KARAPATAN, there are more than 700 political prisoners in the Philippines.