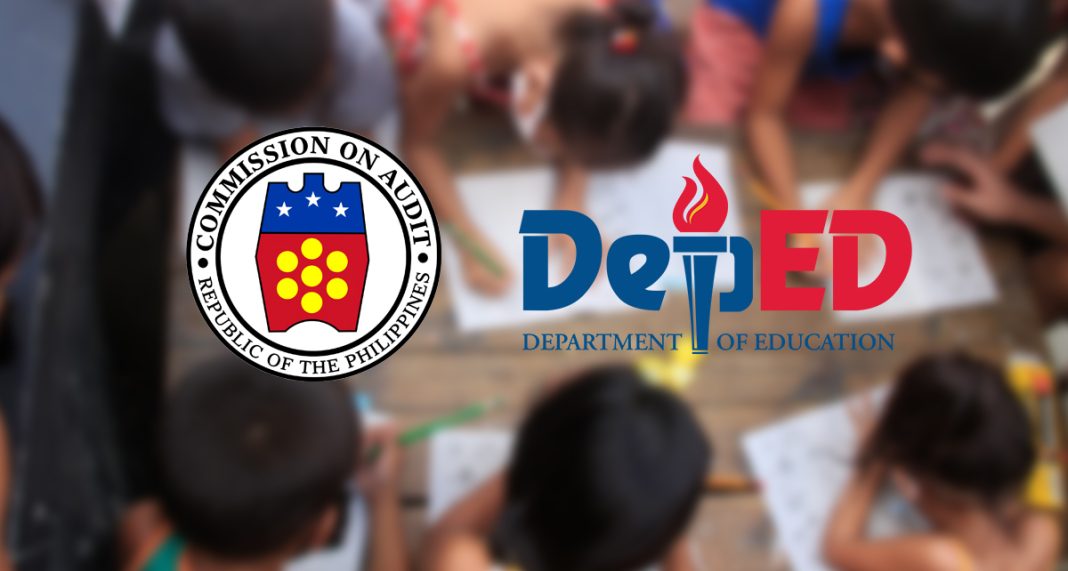 Who would forget the P8.6 billion controversial scandal of Pharmally Pharmaceuticals Corp in the transaction between the government under the Duterte administration? Much of the story was later revealed as the Commission on Audit (COA) reported deficiencies and poorly spent budgets by the Department of Health. All of which transpired when the country grapples with the global threat of a pandemic and socio-economic downfall.

Such a situation is not far away from the current situation under the new administration of the Marcos-Duterte tandem.

The audit commission flagged the Department of Education (DepEd) upon purchasing 2.4 billion worth of ‘outdated and expensive’ laptops for teachers as a response to their needs in the conduct of distance or blended learning at the height of a pandemic; and another P4.527 billion worth of distance learning fund deficiencies.

Accordingly, DepEd bought the laptops through the Department of Budget and Management Procurement Service (DBM-PS).

The Pharmally of DepEd

“Based on the initial feedback we received from the auditors in the NCR and the Cordillera Administrative Region (CAR), they indicated that the laptops supplied by the winning bidder are too slow because the processor[….] is outdated; and the price is too high based on the specifications attached to the DepEd memorandum,” reported by COA.

The audit team further said that they were unable to determine the basis of DBM-PS provided that it only assumed the price of the laptops with a P58,300 mark.  The procured laptops were cut by 28,917 from 68,500 to 39,583 laptop units with an estimated cost of P35,046 to P58,300 based on the DBM-PS recommendation that the DepEd accepted.

It must be noted that the number of these laptops also equates to the number of teachers. Meaning, that while DepEd claimed to provide 39,583 laptops for teachers, more than 29,917 teachers did not benefit at all.

Many further berated the procurement of Celeron processor laptops, which were the lowest-end Intel chips that are not even suitable for the heavy workload of teachers, costing approximately P15,000 to P20,000.

Should this materialize, there would be 120,000 to 160,000 laptop units procured with the same number of teachers being granted.

But the flagged P2.4 billion can only purchase at least 41,000 laptops, or 41,000 teachers being granted. In fact, this is even higher than the downsized procurement of 39,583 laptops, with a whopping P1.5 million still missing.

Furthermore, the grossly overpriced laptops bought in bulk are even more expensive in comparison to individual purchasing of the 2021 Apple Macbook Air M1 processor costing more or less than P57,990.00

With regard to the P4.527 billion distance learning fund deficiencies under DepEd, the audit commission noted the lapses in its learning continuity plan implementation as follows:

DepEd spokesperson Michael Poa said that their office will still have to look over what happened in 2021 during Leonor Briones’ term as education secretary.

The education department has since been reported over deficiencies in its learning continuity plan with a COA report of over P8.136 billion alleged lapses in budget utilization, flawed or delayed procurement and delivery of self-learning modules, and the non-compliance with Republic Act 9184 or the Government Procurement Reform Act.

While these issues were being questioned and addressed to DepEd, the department managed to seek an additional P16 billion for the repairing of schools affected by calamities and earthquakes in Northern Luzon and in the Visayas region.

In addition, several policies that Duterte, as VP and DepEd secretary and as acknowledged by the government, prioritized was the launching of “Libreng Sakay”, the return of mandatory Reserve Officers’ Training Corps (ROTC), among others that various progressive groups ardently opposed and criticized as anti-poor or anti-people.

National Union of Students of the Philippines – National Capital Region further lambasted the delayed reponse, if not accounted as a failure, of the government to address the needs of the students in time of socio-economic distress while there were just recent intentions of returning to face-to-face classes.

NUSP-NCR coordinator Alwen Santos explained that the Libreng Sakay program had not been beneficial to the transport sector as well as to the commuters, saying that several drivers under the program suffer from late release of their wages. The commuters would also bear the brunt of queuing in long lines just to ride an EDSA carousel bus.

Santos also argued that the possible return of ROTC in schools would only promote fake nationalism while upholding a culture of violence at best.

“This would only instill fear through iron discipline rather than teaching the students the essence of real and principled love for their country by means of studying and taking part in the struggle against powers-that-be and foreign power domination in order to attain genuine freedom. This is what nationalism is about, to serve the people for the people,” Santos affirmed.

He further reiterated the call “Balik-Paaralan, Ipaglaban” saying that the students have since been geared for the physical classes and are against the ineffective and exclusive distance or blended learning modality since 2020.