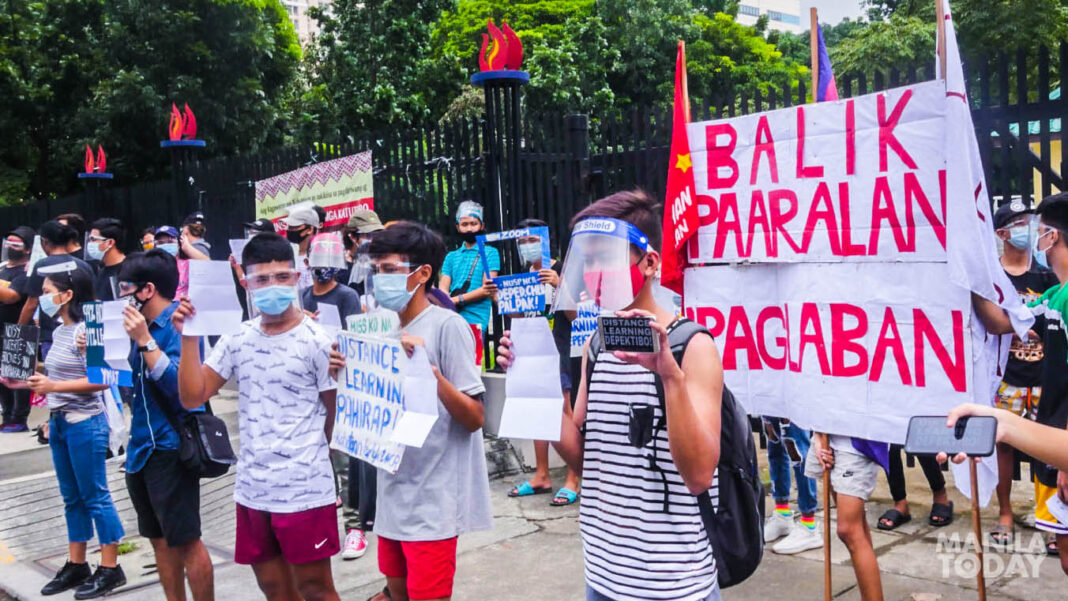 As of September 10, 2am, the Department of Education (DepEd) Learner Information System Quick Count tallied 21,932,397 enrolled students for school year 2021-2022. With three days left before the September 13 official start of classes, the number of enrolled is 4,893,990 less than last school year’s enrollment. This is also just 81.75% of last year’s total enrolment.

Last year, DepEd reported a total of 26,826,387 students enrolled in Kindergarten, Grades 1 to 6, junior high school, senior high school and alternative learning system. The number rose from over 24 million enrolled when classes opened on October 5 last year. In last year’s enrollment data, more than 1.3 million students were unable to enroll or were unaccounted.

“We hope the DepEd will not gloss over enrollment data once more, and focus on how it could provide accessible and quality education during the pandemic since the current distance learning mode fails to cater just that to Filipino students,” said Vince Impas, LFS Metro Manila Chairperson.

In a study by the group last year, they pointed out that aside from the 1.3 million unenrolled, enrollment increases by almost one million students every year until last year’s sharp decline. The group noted that last year’s enrollment at school opening date was the highest dropout rate in recent history. They attributed this to the pandemic and lockdown that resulted in economic woes within the family and the distance learning option of DepEd.

“The DepEd tends to set its bar too low, to the detriment of children and youth. Unless we see the numbers surpass the 2019 enrollment by millions, only then can we see even a slight ‘victory’ or sustained increase,” said Impas.

On September 8, DepEd USec Nepomuceno Malaluan said the enrollment trend for the new academic year showed a “sustained increase” despite lags in reporting in the schools for region.

The enrolment for this school year started on August 16 and would run up to the first day of classes. The DepEd has yet to announce any late registration schedule.

DepEd used a remote enrollment system for the second year apart from limited physical submission of enrolment forms in low-risk areas for those without access to remote means. Parents and guardians can enroll their students via sending text messages, emails or online messages or making calls to official social media platforms of schools.

On June 25, the DepEd allowed private schools and non-DepEd schools to open their classes, while strictly prohibiting face-to-face classes. The DepEd, at this time, also announced three possible general opening of classes: August 23, September 6 and September 13, and later settling on the most far off date. Classes in public schools only ended the first school year amid the pandemic on July 10, 2021.

Before the end of August, the United Nations Children’s Fund (UNICEF) announced that the Philippines is one of five countries who have completely shut down school operations for over a year and has yet to return to any form of face-to-face classes. UNICEF said schools around the world were closed for an average of 79 teaching days in 2020, while shut down for over a year in the five countries.

Duterte announced prior to last year’s opening of classes that there will be no face-to-face classes until vaccines arrive. The Philippines started vaccine rollout on March 1, with 16,509,845 Filipinos fully vaccinated (14.98% of the population or 23.69% of the 70-million target for herd immunity).