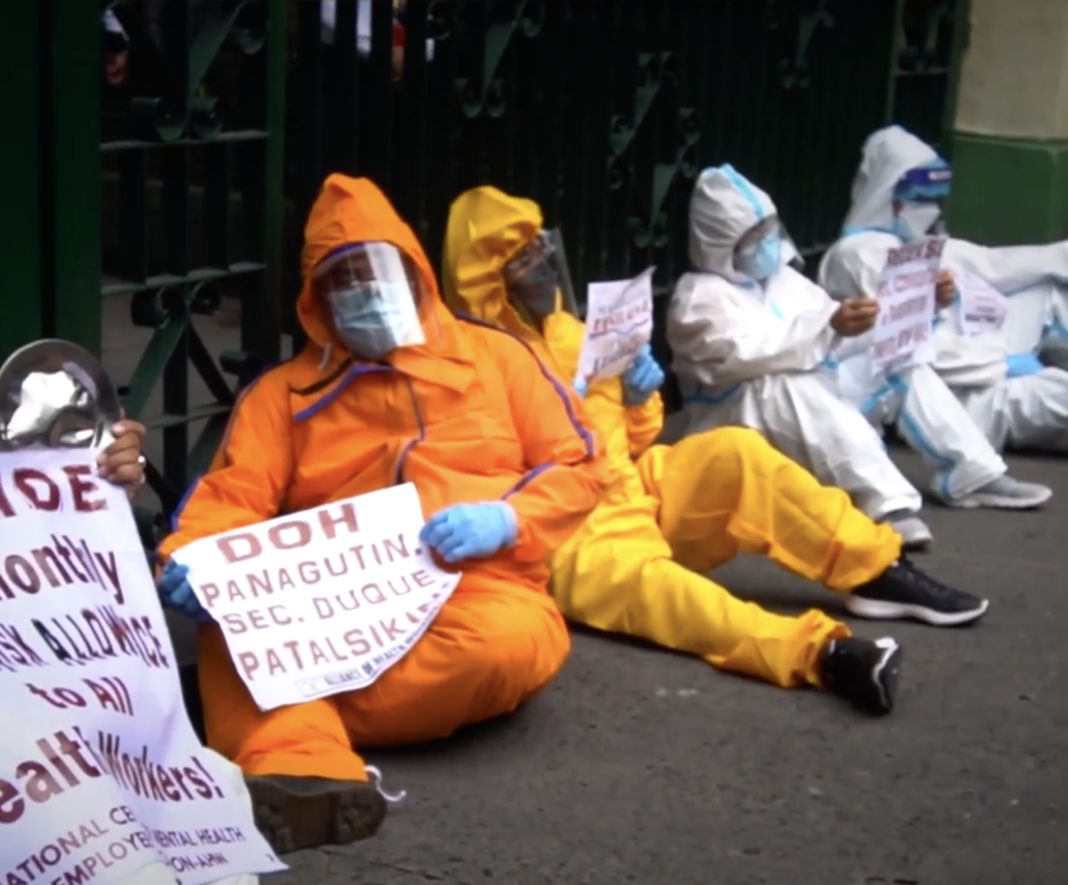 There are 24,903 health workers who have tested positive for COVID-19, according to the Department of Health (DOH) Beat COVID-19 Today report as of September 9. In the same report, there are 104 health workers who have died battling the disease while serving the frontlines of the still-raging pandemic. There are also 340 active cases (1.3%), 21 among them severe and nine in critical condition.

These were official government and Health department data at the time of Presidential Spokesperson Harry Roque’s dressing down of the health sector’s representative in the government’s COVID-19 response task force.

In the videos obtained by Inquirer that circulated on September 10, Roque berated Dr. Maricar Limpin, president of Philippine College of Physicians at the September 8 meeting of the Inter-Agency Task Force on COVID-19. Roque reacted to the doctor’s plea with government to reconsider its decision to loosen restrictions in Metro Manila and instead impose a hard lockdown over the region because hospitals are overwhelmed with COVID-19 patients.

“Do not sit there as if you’re the only ones right. We’re trying to achieve total health. Who wants COVID to kill people?” Duterte’s mouthpiece was heard saying.

Roque also said, “Are you saying that only medical frontliners are concerned about the health of the people? We all want to save lives. For crying out loud, no one in the government wants a single life lost. No one!”

“How dare you think that we are not considering steps to prevent the loss of lives?” he added

“This group, they have never said anything good about government response,” he lashed out, pointing fingers at the camera during the meeting over Zoom.

Dr. Leni Jara of Shape Up to Defeat COVID-19 had an equally fiery rebuke for Roque.

Dr. Jara’s husband, Dr. Raul Jara, was among the first doctors to succumb to COVID-19 while serving in the frontlines. Raul, who passed on March 24 last year at 71 years old, was considered a pillar in Philippine cardiology, who also once served as Philippine Heart Association president. The Jara couple are “doctors to the people” who have served marginalized sectors and communities throughout their career.

Alliance of Health Workers President Robert Mendoza said Roque should step down, along with other cabinet members who have been displeasing to the public.

Filipino Nurses United (FNU) President Maristela Abenojar said Roque was unworthy of votes, in relation with his plans to run for senator in the 2022 elections.

FNU alleged there may even be underreporting in the current COVID-19 cases among health workers. The group attributed this sentiment to some reports and statements from various local government officials and their own members.

They noted that on September 8, Ilocos Sur governor Ryan Luis Singson said that over 200 workers are currently positive with COVID-19 in his province.

Dr. Limpin said Roque’s actions were uncalled for and if he will apologize, then he has to apologize to the who health care sector because she attended the meeting as a representative of that sector. Roque, in his version of a “sorry not sorry,” apologized if he offended anyone but added that he stands by the message of his outburst