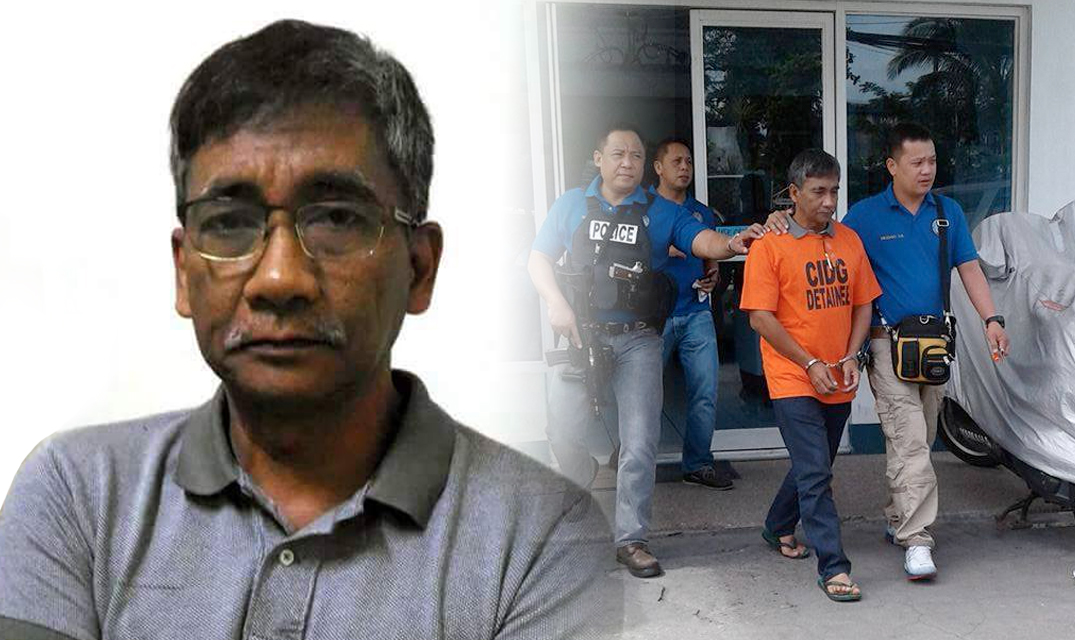 On February 12, at past 4:00 PM, Ferdinand Castillo, 57 years old, campaign officer of Bagong Alyansang Makabayan (BAYAN) Metro Manila boarded a tricycle from a consultation with workers in Brgy. Sta. Quiteria, Caloocan City. He rode on the back when he then noticed a grey Toyota Innova with plate numbers AAG 9850 was tailing the tricycle he was in. When he alighted the tricycle, the vehicle stopped in front of Puregold in Sta. Quitera and three to four big men immediately nabbed, handcuffed, and forced him inside their vehicle. Inside the vehicle, he was blindfolded as he heard his bag being searched. It was only the next day that he found out his smartphone, watch and other personal belongings were missing.

Human rights group Karapatan reported that Castillo was arrested by combined forces from the Criminal Investigation and Detection Group (CIDG), Intelligence Services Group-Philippine Army (ISG-PA) and Intelligence Service of the Armed Forces of the Philippines (ISAFP).

Castillo narrated that when he was brought to an interrogation room, men alternately asked him questions, one asked nicely while the other brutely. The men insisted that he was the head of the Communist Party of the Philippines’ (CPP) Regional Party Committee in Metro Manila and asked the names of the members of the Regional Party Committee and asked also for his contact in the CPP’s higher organization.

“Giniit ko na ako ay nasa Bayan NCR at yan ang aking mga gawain, sa kampanyang masa at matagal na akong aktibista at may sakit ako (I maintained that I am with BAYAN NCR and my is in the mass campaign, that I have been an activist for a long time and that I have been sickly),” Castillo narrated.

Castillo said that a warrant of arrest for double murder and multiple attempted murder in Calauag, Quezon was showed to him after he was interrogated.

The arrest warrant issued by Judge Maria Chona E. Pulgar-Navarro on September 8, 2016 in Regional Trial Court (RTC) Branch 63 in Calauag, Quezon docketed under Criminal Case No. 14-6573-C to 14-6574-C implicates him to an encounter between the 85th Infantry Battalion, Philippine Army and New People’s Army in Lopez, Quezon on March 24, 2014.

A Crime Investigation and Detection Group (CIDG) text report forwarded to members of the media on February 12 afternoon shared that arresting personnel confiscated a caliber .45 pistol with 5 ammunition and aside from the charges in the warrant, a case of Violation of RA 10591 or The Comprehensive Law on Firearms and Ammunition Regulation Act will be filed against Castillo. No bail is recommended for the case.

However, Castillo denied this and believed that evidence was planted against him to further justify his detention.

In a Facebook post, Castillo’s wife, Nona Castillo, a breastfeeding advocate and lactation expert, expressed her concern for her husband who is suffering from several illnesses.

“I am worried about his health condition. He has been on a plant-based diet since 1995. He had gout, rheumatic heart disease, colon bleeding and suffered from a mild stroke twice. He has no maintenance drugs and his food is his medicine. I hope the military will release him soon for humanitarian reasons.” said Nona Castillo in her post.

Castillo’s health improved with his diet and was also said to suffer from rectal bleeding when eating food incompatible with his current health problems.

BAYAN Metro Manila condemned the incident in an indignation rally on the afternoon of February 13 in front of Camp Crame where Castillo is currently detained.

He mused how can Castillo be a member of the New People’s Army if he was with them here in Metro Manila planning how to stop the demolitions of urban poor in Metro Manila, campaign against privatization of public markets in Manila, and against Ferdinand Marcos’ burial.

Youth groups also expressed their rage over the arrest. Before the indignation rally in Camp Crame, they trooped to Caloocan’s RTC where Castillo was brought on February 13.

Under detention, the ailing Castillo was only able to eat around 8pm on February 13 since 9pm yesterday, the day of his arrest. In a photo of Castillo posted on Facebook, he was made to eat in small plastic bags while the handcuff remained attached and dangling from his one hand.

Palatino called on the Duterte administration to free Castillo and all the political prisoners and respect the rights of the Filipino people.