Home NEWS A drug war EJK and a barangay captain in Sarangani killed after... 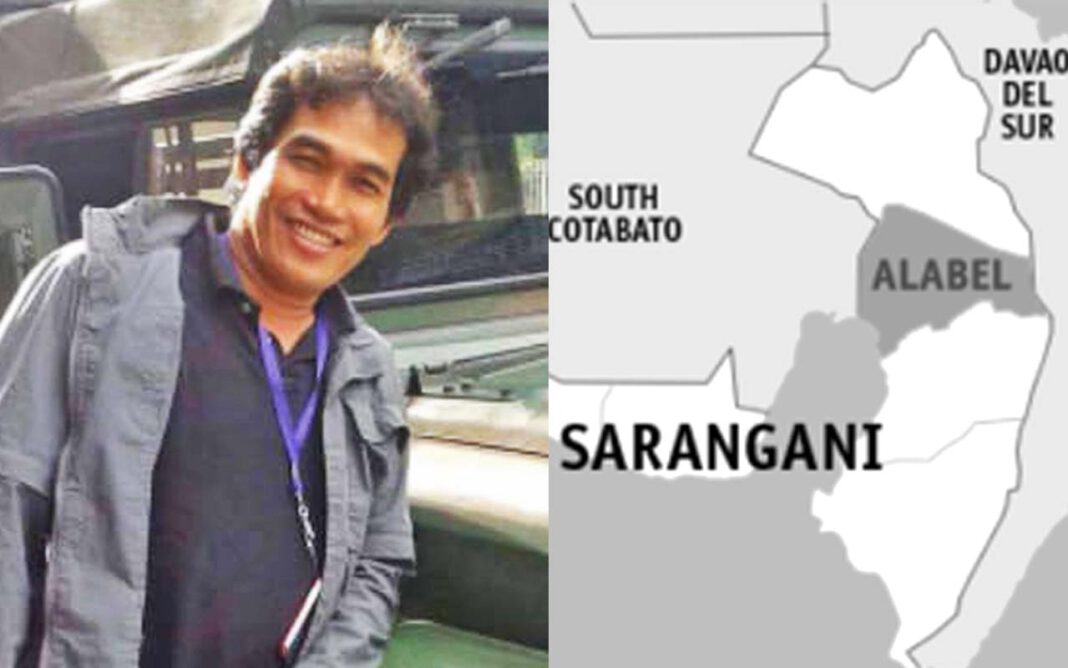 Barangay captain Diony Seromines, 47, was killed by unknown elements on his way home from being called to a police operation’s drug entrapment area in his village, after he allegedly refused to sign a paper as a witness to the operations in Brgy. Kawas, Alabel, Sarangani on May 29.

Killed before Seromines was killed was Salvador Olog, a barangay tanod, in the drug operations. Initial investigation by police that was shared to local media said the suspect’s gun went off during the transaction and the police retaliated, fatally shooting Olog. The police said they recovered in the entrapment area the sachet of shabu and 500 pesos used for the buy-bust operations, while the from the suspect they also recovered a .38 revolver and ammunition, three empty shells with a caliber 9mm pistol as well as a coin purse containing eight sachets of concentrated shabu.

After Olog was gunned down, Seromines was called by the police to be in the entrapment area to sign a paper as a witness to the operation but he refused to sign it.

Earlier, Seromines had begged on authorities to arrest Olog instead and face due process in a plea to tackle the drug problem in Brgy. Kawas without violence.

On the evening of May 29, around 8 p.m., elements of the Regional Police Drug Enforcement Unit headed by Police Lieutenant Colonel Geovani Ladero accompanied by Sarangani Provincial Police and Alabel Municipal Police engaged in an entrapment operation at Brgy. Kawas targeting Olog.

Bayan Sox said the killing of Seromines and that the murderous war on drugs campaign under the Duterte administration must be held accountable.

“He acted sincerely on his duty to take down drug problem in his Barangay without bloodshed,” the group said and they extended their sympathies to the family of Seromines.

“Seromines was also known as a leader who valiantly defended the right to housing of marginalized sectors and was at the frontlines against demolition of urban poor settlements in various communities particular in Brgy.Kawas, Alabel Sarangani Province. For almost a decade, he dedicated himself to the local tuna handliners as a rights defender. He was a good leader for his constituents and no records of any form of crimes and corruption under in his administration,” said Bayan Sox.

The Duterte administration is continuing its brutal massacre of the poor in its bloody war on drugs, human rights watchdog Karapatan said.

“Even in the middle of a pandemic, there is no letup in inhumane killings and police violence under the Duterte regime’s murderous drug war. The death of Seromines at the hands of the police is only the latest in a series of deplorable attacks on the poor. Already bearing the brunt of the government’s incompetence in responding to the pandemic and its anti-people policies, the poor are still facing threats to their lives from the State. This has to stop,” Karapatan Secretary General Cristina Palabay urged.

Philippine National Police Chief Archie Gamboa had earlier stated that “even with the ongoing health crisis, police anti-illegal drugs operations will continue without let-up and will be unrelenting as ever.”

The Karapatan officer said that “the barangay captain wanted to sincerely act on his duty to curb the drug menace in his community without deaths and bloodshed. In standing up for the rights of the residents of Brgy. Kawas and for refusing to be complicit in covering up the police’s inhumane and merciless operation, he paid for his life. He was killed by the police to silence him in the face of blatant injustice.”

According to government news wire Philippine News Agency, Seromines served as a witness to the drug operations and probe on his slay is underway. Maj. Roy Yasay, chief of Alabel municipal police station, said on May 30 that Seromines was on his way home around 8:30 p.m. on a motorcycle when he was waylaid by two unidentified motorcycle-riding gunmen. Yasay said the suspects appeared to be trailing Seromines before the incident based on the initial investigation and that they are looking into work-related motives or if there were death threats against Seromines.

Residents of Kawas and a Sarangani congressman grieved or condemned the killing of Seromines.

He's the influencer, the adviser, the bestfriend and the Captain of Barangay Kawas and now his gone. I and the people here in Barangay Kawas will never forget you and love you always. RIP Cap. Diony Seromines ? pic.twitter.com/WFG58ttHOk

The killing of Seromines comes at the heels of the murder of Kadamay Secretary General Carlito Badion, another staunch defender of the rights and welfare of the urban poor and the homeless.