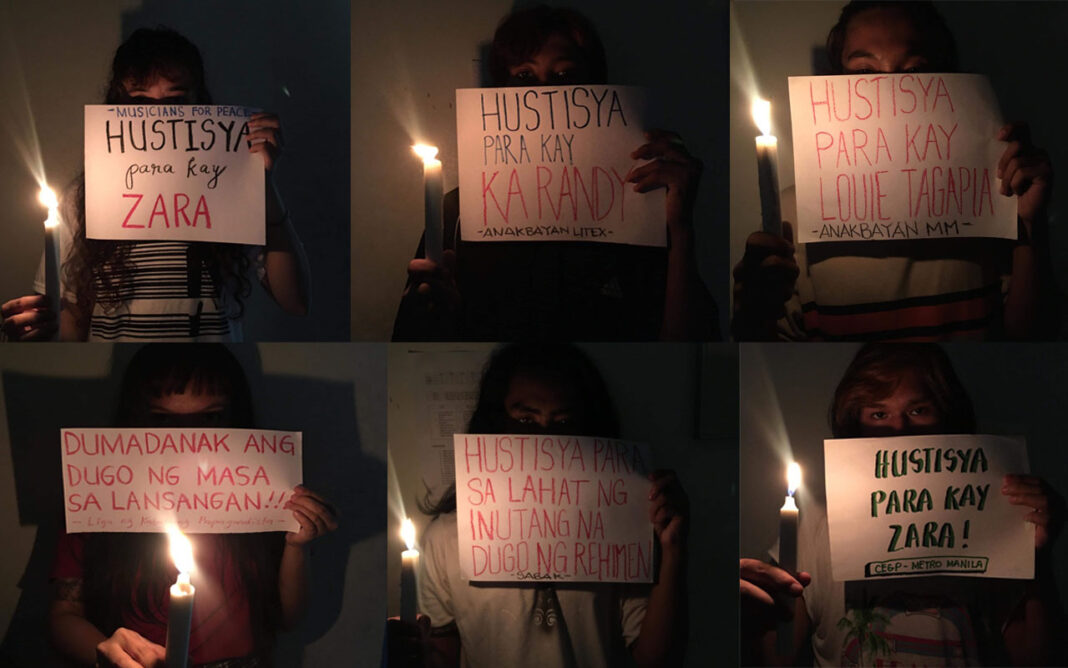 Alvarez was gunned down on August 17, the same day of the burial of peasant leader and peace consultant Randall “Ka Randy” Echanis.

Justice for Zara Alvarez! Justice for all victims of extrajudicial killings and State terrorism! pic.twitter.com/GGvIVc4opk

Who is Zara Alvarez?

Zara Reboton Alvarez is a teacher-activist and a human rights defender based in Negros island.

She actively participated and held various posts in progressive organizations in Negros such as the secretary general and chairwoman of Anakbayan, coordinator of College Editors Guild of the Philippines, deputy-secretary general of umbrella organization Bayan, and campaign and education officer of Karapatan. She also worked for the human rights organization Northern Negros Alliance of Human Rights Advocates (NNAHRA) and became a researcher and advocacy representative for Negros Island Health Integrated Program for Community Development (NIHIPCD).

Since 2004, Alvarez faced numerous threats of red-tagging, harassment, and defamation from the police and the military. These attacks culminated to her arrest over accusations that she was a high-ranking officer of the New People’s Army (NPA) on October 13, 2012 in Cadiz City. Alvarez was released in 2014 after two years of imprisonment after posting bail. Charges against her were dismissed only March this year.

In 2018, Alvarez was named among 649 names tagged as communist rebels by the government in a proscription petition of Department of Justice.

“[H]er death is a tremendous loss for all of us and those who worked with her in advancing and defending people’s rights and we strongly call for justice,” Palabay said.

When will the killings stop?

“What is beginning to look like a killing spree of human rights defenders, peace advocates, and vocal critics in an attempt to sow terror and cower us into silence, especially now with the Anti-Terrorism Act in place,” Karapatan slammed the government prior to the ongoing attacks against critics.