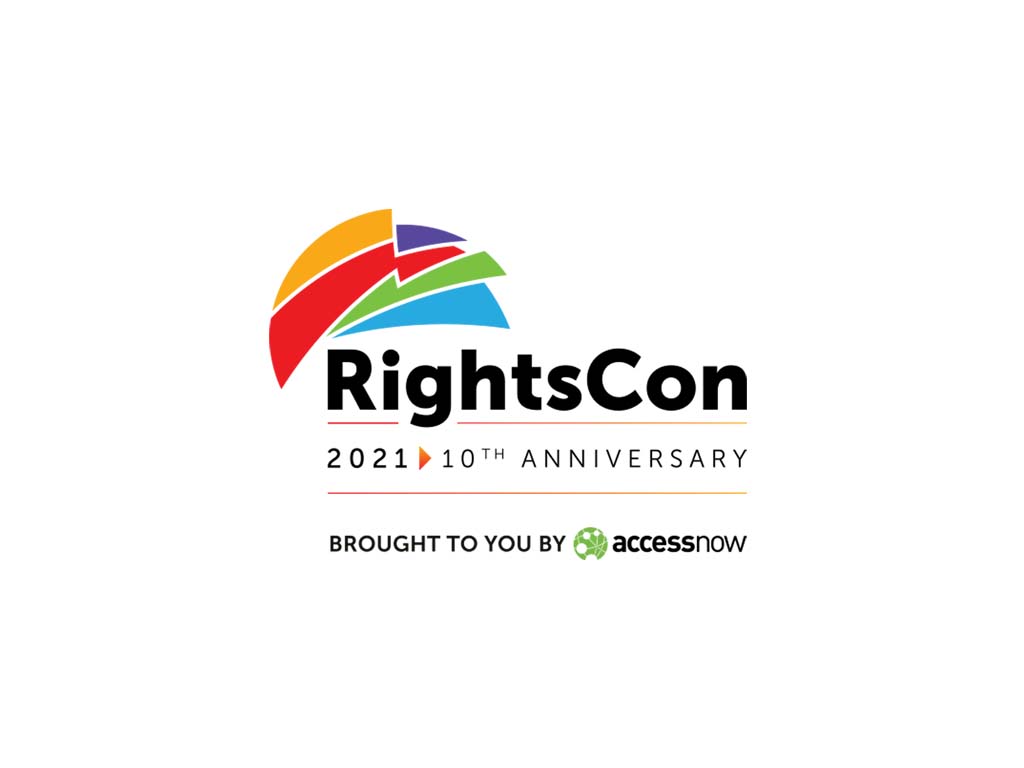 RightsCon 2021 was held online for the second consecutive year from June 7 to 11. Rights Con and Access Now hosted its largest program yet, with over 500 sessions and 8,500 participants.

In 2011, Access Now hosted the first-ever RightsCon (then the Silicon Valley Human Rights Conference). The objective of the conference is for a civil society-led space where all stakeholders – from tech companies to government representatives to human rights defenders – come together to build a rights-respecting digital future. Since then, RightsCon has been held in Rio de Janeiro, Manila, Brussels, Toronto, Tunis, three times in Silicon Valley, and twice online.

Access Now is an international organization that defends and extends the digital rights of users at-risk around the world.

One of them is the United Nations Special Rapporteurs joint statement released right before RightsCon began emphasizing digital rights as a “top priority,” and this time too for rebuilding civic space in pandemic recovery.

COVID-19 recovery efforts to “build back better” must address serious threats contributing to the closing of civic space and suppression of free speech and media freedom, the experts said, and must not be used to exacerbate existing inequalities such as systemic violence, climate change, structural inequality, institutional racism, and gender-based violence.

Another important emphasis in this year’s conference is the call to ban facial recognition and all biometric surveillance in publicly accessible spaces. These tools have the capacity to identify, follow, single out, and track people everywhere they go and without them knowing, undermining human rights and civil liberties.

More than 175 civil society organizations, activists, technologists, and other experts around the world have signed the letter to #BanBS, calling on decision-makers to stand up against rights-abusing uses of biometric surveillance technologies since the discussion emerged at RightsCon in 2020. The network grew to 200 during the conference.

They assailed that the use of facial recognition and remote biometric technologies in publicly accessible spaces enables mass surveillance and discriminatory targeted surveillance. They asserted that no technical or legal safeguards could ever fully eliminate the threat that facial recognition and biometric surveillance in public places and that these should not be allowed either by governments or the private sector. Such dangers have been shown in the Netflix documentary “Coded Bias.”.

The Gulf Centre for Human Rights and other groups launched the new MENA (Middle East and North Africa) Coalition to Combat Digital Surveillance during the RightsCon on June 7. The objective is to oppose the sale of surveillance technologies to governments using them to violate human rights and to fight for a safe and open internet, defend human rights, and protect human rights defenders. The murder of Saudi journalist Jamal Khashoggi in 2018 showed the dangers of targeted surveillance and of these tools in the hands of repressive governments.

RightsCon also amplified the call to #KeepitOn, a response to various government or private shutdowns of internet and platforms online. In 2020, Access Now and the #KeepItOn coalition documented at least 155 internet shutdowns in 29 countries.

Other important developments around the world concerning digital rights and democracy include the online silencing of Palestine dissent, the government ban of Twitter in Nigeria, and Malaysian government actions curbing freedom of speech online.

Artists, journalists, human rights defenders and came together to Tell Facebook: Stop Silencing Palestine amid hundreds of reports of content takedowns in May this year. Restricting Palestinian protest hashtags, blocking live streams, and removing posts and accounts in social platforms Facebook, Instagram and Twitter were reported.

The Intercept wrote on Facebook’s internal policy on when to delete Facebook/Instagram posts containing the word “Zionist.” This was slammed for impeding criticism of Israel and Facebook silencing political speech.

The Digital Rights Litigators Network, which was born at RightsCon 2016, rallied around legal challenges to the Nigerian government’s order for Twitter to stop operating in the country and began organizing a global intervention under the leadership of local groups.

The Malaysian government was also pressed to abandon all attempts to throttle and censor online free speech. In February this year, independent media outlet Malaysiakini was convicted by the country’s highest court for failure to moderate five comments on its platform deemed to scandalize the judiciary.

In March 2021, the enactment of the Emergency (Essential Powers) (No.2) Ordinance concerning so-called “fake news” was seen as a systematic campaign to silence critical or dissenting voices. The emergency law reintroduced provisions from the heavily criticized and now-defunct Anti-Fake News Act 2018.

Reports and videos of panel discussions were published by RightsCon and Access Now.