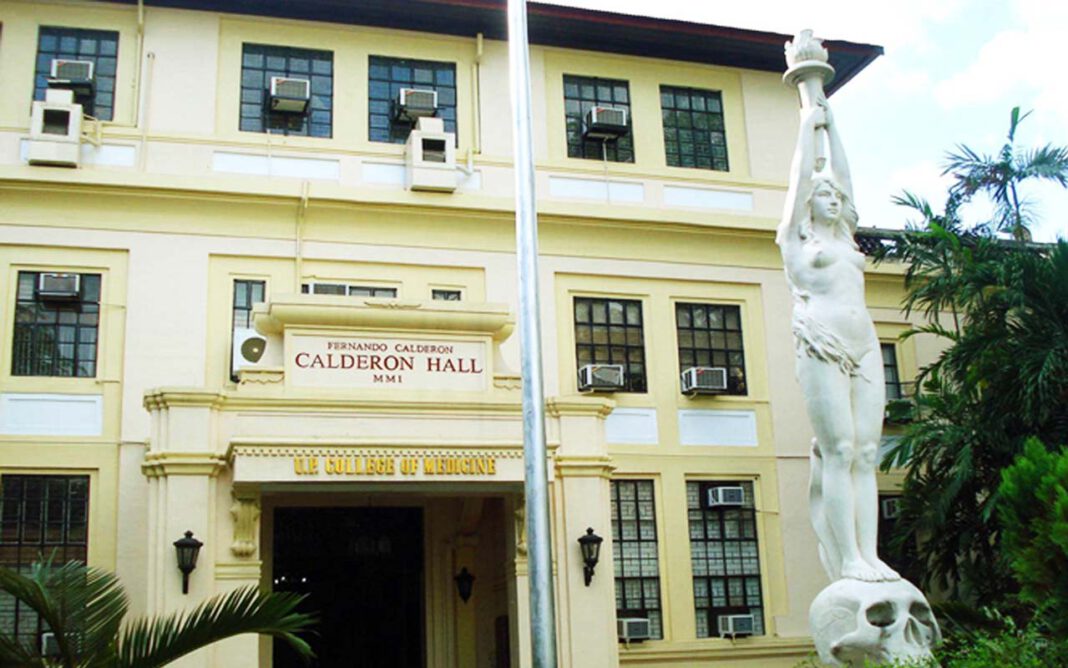 Resumption of face-to-face medical internship at the University of the Philippines (UP) Manila College of Medicine at the Philippine General Hospital has been approved by the Inter-Agency Task Force on Emerging Infectious Diseases (IATF).

In is Resolution No. 82 on October 29, the decision is an exemption to the Omnibus Guidelines on the Implementation of Community Quarantine in the Philippines the IATF issued on October 22 or any other issuances from the Commission on Higher Education (CHEd) on barring the conduct of physical classes during this time.

The CHEd ordered suspension of face-to-face or in-person classes unless approved by the IATF or until the area is under the most relaxed community quarantine, the modified general community quarantine or MGCQ. However, around 80% of the country or more has been under MGCQ, with the usual exception of Metro Manila and CALABARZON, for months. But there are still no face-to-face classes allowed, except for trainings and assessments under Technical Education and Skills Development Authority or TESDA, that the IATF approved in June, and now the medical internships in the UP College of Medicine.

The IATF decision was met with mixed reactions.

Flexible and distance learning
President Rodrigo Duterte said there will be no face-to-face classes until there is a COVID-19 vaccine in the country. With such pronouncement, there is no certainty when physical classes will resume, given that government expects the vaccine middle of next year.

The CHEd and the Department of Education (DepEd) abided by these words of the president, opting for flexible learning and distance learning respectively.

Towards the end of August, when DepEd’s class opening for elementary and high school was supposed to open but was postponed to October 5, CHEd chairman Prospero De Vera said 731 out of the 2,400 higher education institutions (HEIs) have opened their classes. Of these, 20 private HEIs have already opened classes in June and July, most of them adopting full online learning system. Not all schools would implement full online learning said CHEd, and they were then to consult state universities and colleges on the conduct of limited face-to-face classes. CHEd has pushed back its projection for the resumption of face-to-face classes from sometime this year, to January next year to towards the end of second semester.

Many students have raised the difficulties and infeasibilities of online classes in their cases, while some have transferred to different schools or opted not to enroll as long as distance learning is implemented, as most tuition in private institutions remained the same and some even charged higher.

In the case of students such as in the sciences and engineering, many courses and requirements need labs and physical classes. Some have adapted ways to continue, such as reports from Physical Therapy students from the UP Manila College of Allied Medical Professions that they have been conducting their therapy sessions online. But for how long and for up to what cases can digital or online classes still work?

There was widespread rejection of online classes among students, calling for stopping online classes, ending the semester and mass promotion since the government cancelled classes on March 9 and a month-long lockdown was enforced. Schools were forced to shift to online learning and then suspend online classes due to various difficulties encountered with the sudden shift. Online classes eventually resumed despite protests from students, as the lockdown was extended and COVID-19 cases were increasing.

Back-to-school, when?
Eight months after, government has reopened most parts of the economy, reopened Boracay, Baguio, Tagaytay, Bohol to tourism, reopened leisure places such as Enchanted Kingdom and malls, reduced the number of people not allowed to go out, and reported COVID-19 cases decreasing despite daily reported confirmed cases still in the thousands.

But schools remain closed and the students have been made to return to the mode of learning they have found most difficult, giving rise to calls for “academic freeze” and “academic break.” An academic freeze would mean taking a year off or could amount to a year’s delay in schooling, which some cannot afford. The call for a “break” could also redound to an extension of classes or addition of requirements, but is symptomatic of how students describe online or flexible learning as more taxing due to more academic requirements given, home life and school work no longer have boundaries and self-learning.

Some youth groups view flexible and distance learning as government abandonment of education, where only students who can afford are able to comply. Even the DepEd has reported 2.7 million (from an initial reported 3.07 million) dropout, the largest in a decade or even post-war, according to League of Filipino Students Metro Manila. There could have been more dropouts unaccounted, since DepEd had measured the dropout against the enrollment last year (27 million), because enrollment increases by almost a million every year

Kabataan Partylist Metro Manila said this number of dropouts added to the 3.6 million out-of-school youth the Philippine Statistics Authority reported in 2017, with marriage/family matters, lack of personal interest and high cost of education/financial concerns as the top three reasons.

Distance and flexible learning also required additional expenses and passed the burden of learning to the students through whatever means they have, which is especially more difficult for poor families and those who lost their jobs and livelihood during the extended lockdown.

A group of students and parents, Back-to-School Network, has asked to government look into reopening of schools, as more countries in the world have done so, implementing a policy of reopening of schools with implementation of health standards as the “new normal” in education as long as the COVID-19 vaccine is not yet discovered.

The group lamented how the government opted for distance learning, the most expensive, inaccessible and ineffective of their options. The group reported that three weeks into the distance learning of DepEd, only first grading modules have been given to the students and most would have to print their own self-learning modules. Despite the modular mode being the most chosen option, this still requires a smartphone and internet connection for the teacher to be able to give instructions to students and parents from time-to-time. The group said these are just some of the daily problems of students and parents, with the quality of education also in the back of their minds, questioning whether they are learning what they need or anything at all.

Their problems might just worsen. Even opposite to the results of the learning capability survey of DepEd, the DepEd NCR said they are looking to go fully digital by third grading because production and printing of modules is tedious and costly.

The case of Esterlita Suaybaguio: another pre-dawn raid, ‘planting of evidence’, implausible narrative, the usual charges, Villavert warrant plus a podcast