Home OPINION NUJP TO PARLADE: The burden of proof is on the accuser 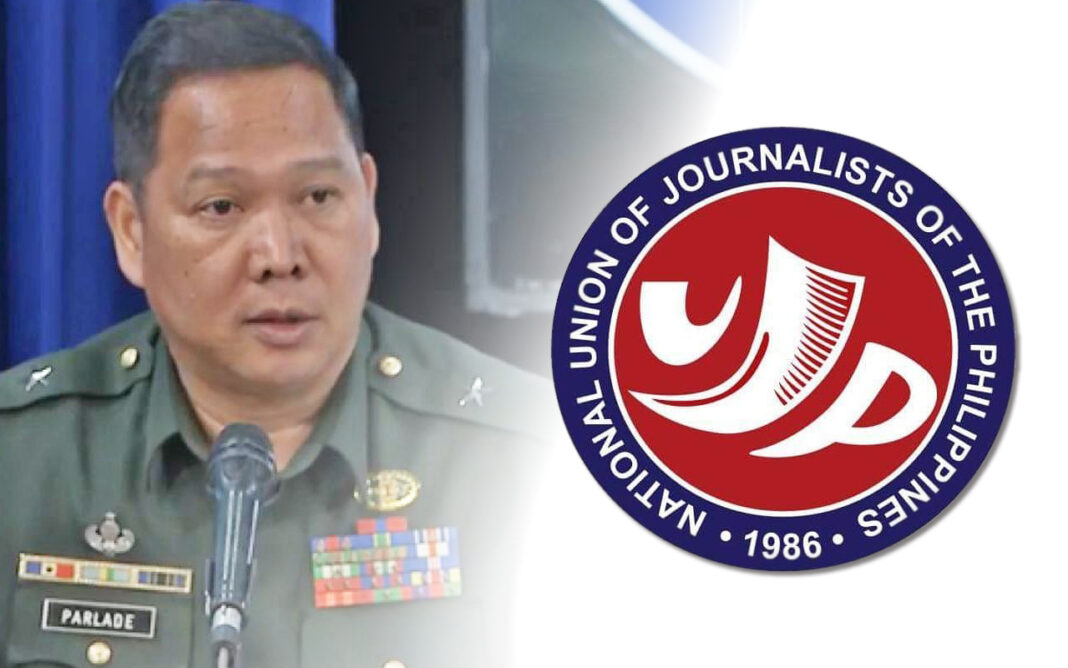 In an October 26 appearance on One News’ The Chiefs. Lt. Gen. Antonio Parlade Jr., spokesman of the National Task Force to End Local Communist Armed Conflict, as usual without proffering any proof, claimed communist rebels have “infiltrated lahat ng media outfit natin,” the reason why, or so he says, “maraming media personalities ang tumitira sa atin.”

In fact, he admitted the reason the government and military “are way behind” what he called a “propaganda war” was because “for the longest time, na-dominate nila ang media” to such an extent that “marami dito sa kanila nandun na nakaluklok na sa management level na.”

Asked to prove his claims, he said these supposed rebels in media started out with the College Editors Guild of the Philippines or the League of Filipino Students then “eventually when they graduate and become media practitioners they join the National Union of Journalists of the Philippines.”

All these on the word of supposed ex-cadres he says are now working with them.

This would not, of course, be the first time the NTF-ELCAC has hurled outlandish accusations against the NUJP.

This is, however, the first time the good general has cast his broad Red-tagging brush on the media industry as a whole, and on senior news managers who he, of course, does not name, thereby painting a virtual target on everyone who mans the country’s news desks and newsrooms. He has, in effect, slandered the whole industry.

But if Parlade thinks to intimidate media, including senior colleagues, with slander based on what amount to nothing but rumor and outright lies, there is no doubt Parlade will fail. The independent Philippine media are not called independent for nothing.

In our legal system, the burden of proof rightly lies on the accuser. So far, the only proof we have seen is a lot of hot air.