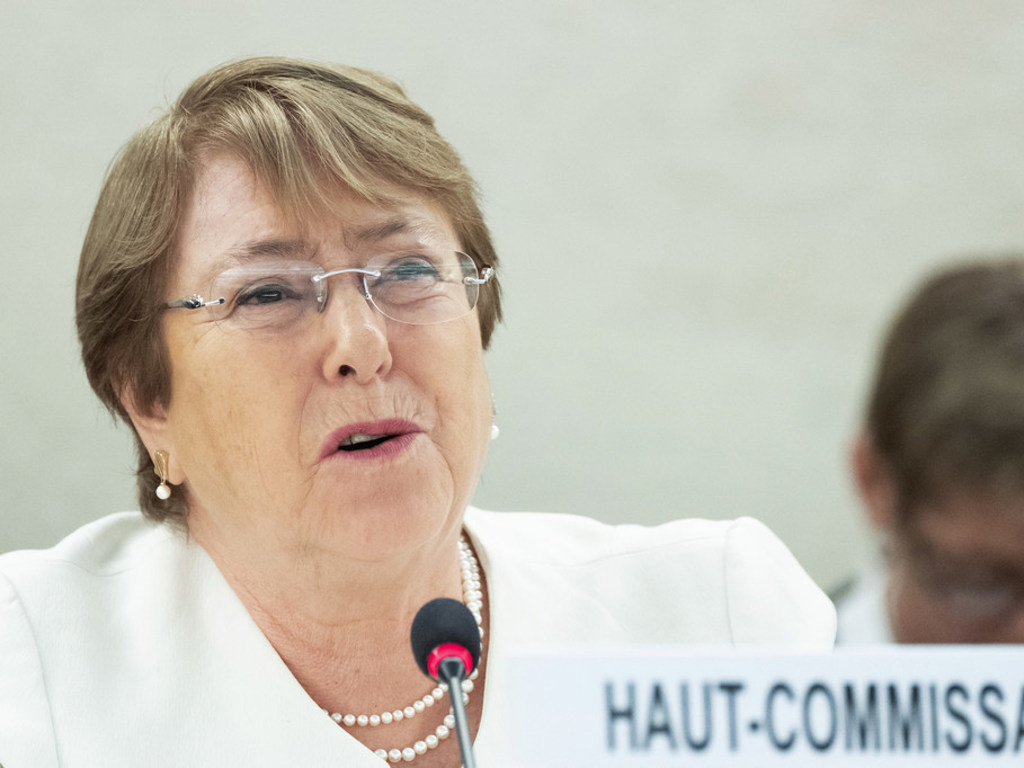 “While justice might be pursued for the many thousands of victims of alleged extrajudicial killings and other violations in the Philippines, there should also be institutional and policy changes to prevent further violations,” United Nations High Commissioner on Human Rights (UNHCHR) Michelle Bachelet opened her oral report on the human rights situation in the Philippines.

She noted the Supreme Court rulings to limit the power of executive judges to issue warrants only within their region and to police officers to wear body cameras when serving warrants as important preventive measures to possible violations.

However, she said, she “remain disturbed by reports of continuing and severe human rights violations and abuse across the country, including killings by members of security forces and law enforcement in counter narcotics and counter insurgency operations, often in circumstances that indicate that human rights standards are being ignored.”

“Killings by alleged vigilantes also continue to be reported, with virtually no information about any form of accountability,” she added.

She also scored “receiving reports of abuses by the New People’s Army of the Communist Party of the Philippines, including the killing of civilians, recruitment of children and extortion.”

Bachelet commented on the Pre-Trial Chamber of the International Criminal Court’s unanimous authorization for the Prosecutor to proceed with its investigation on crimes against humanity in the Philippines as a “process [that] brings into sharp focus the issue of the ability and willingness of domestic accountability mechanisms to produce clear and measurable results.”

The High Commissioner highlighted the need to “ensure accountability for any members of the security forces involved in violations, redress for victims, and institutional review to ensure non-repetition” in the killing of nine Tumandok indigenous people in December 2020 and of nine activists in CALABARZON Region in March 2021, also known as ‘Bloody Sunday.’

“I remain deeply concerned by continual reports of so-called ‘red-tagging’ of human rights and environmental defenders, journalists, union activists, church workers, and humanitarian workers, publicly labelling them as communists with a view to discrediting their human rights work and encouraging attacks against them,” she added.

Bachelet noted the progress of the UN Joint Program for technical assistance and capacity-building on human rights, adopted only on July 22 this year and would report on its progress next September.

The Philippine delegate response affirmed commitment to the “UN Joint Program on Human Rights as a model for constructive engagement between a sovereign Member State and the United Nations.”

As per the Philippine delegate, the three-year Joint Program will center on:

The Philippines also reported on police reforms, underlining 159 case files of deaths in the anti-illegal drugs operations shared by the Philippine National Police and the Philippine Drug Enforcement Agency. The Department of Justice (DOJ) is also “closely monitoring the preliminary investigation and prosecution of 87 criminal cases lodged against over 100 law enforcement personnel.” The Philippines also reported that sanctions were meted out against 18,664 police personnel for various offences, with 5,151 dismissed from the service since 2016. Seven policemen were also charged by the DOJ with unlawful detention and murder of six victims in a fabricated operation early this year.

The delegate, however, blamed or gaslighted the victims for their alleged failure “to explain the deaths of their young members in military encounters with the NPA and their refusal to dissociate themselves from and denounce the terrorist group CPP-NPA-NDF for its acts of aggression and atrocities” in response to the issue of red-tagging.

The delegate also said that they have “cautioned the groups that have misrepresented the situation in the Philippines and issues of our indigenous communities under the cover of human rights defenders” which ironically meant to deny the human rights violations reports already acknowledged by the UNHCHR.