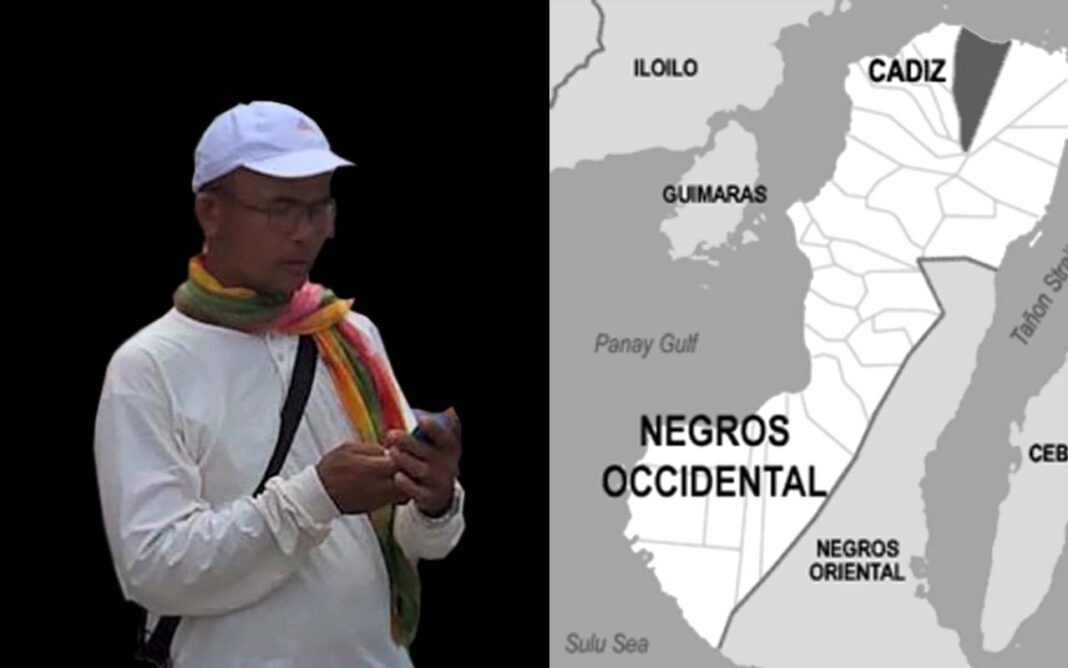 Gaspar Davao, 55, an organizer among sugar workers in northern Negros Occidental in Escalante City, was arrested at around 7pm on June 9 in Barangay Caduhaan, Cadiz City. Gaspar and his companion, Ernie Militar of the Northern Negros Human Rights Alliance, was riding in a passenger van going to Escalante City when they were halted by state forces in a checkpoint at the village.

NFSW chairperson Butch Lozande recounted the incident, where at the checkpoint, the police instructed all passengers to alight the van. After the inspection, Davao was apprehended because the police said he was COVID-19 positive. Davao was forcibly brought to the PNP Cadiz station where planted evidence including cash and hand grenade were claimed by the police to have been in his possession.

“We are suspecting that the arresting team was waiting for Davao since the checkpoint was manned by joint forces of the PNP and the 79th IBPA. Cadiz City Chief of Police Roberto Mansueto was also giving the orders,” according to Lozande.

Mansueto said Davao alighted from the vehicle and prodded policemen to arrest and subdue him while allegedly trying to draw a grenade from his sling bag. The police said they recovered from Mansueto were a grenade, antigovernment documents, P14,000 in cash, eight cellular phones, cash transactions, letters, a newsletter of the Roselyn Jean Pelle Command, receipts, and other confidential records. Mansueto also said that upon verification from the Armed Forces of the Philippines, they found out that Davao was identified as the Northern Negros Front White Area secretary and finance office.

On the morning of June 10, the PNP Cadiz presented Davao to the local media as a high-ranking official of the New People’s Army, along with subversive materials, multiple cellphones, and other paraphernalia.

“This style and pattern of operation bear the mark of the NTF-ELCAC. They are fulfilling their regular quota of arrested NPA [New People’s Army] leaders and members, and activist-farmers are the easiest targets for them,” says Tanggol Magsasaka spokesperson Antonio Flores.

He noted that several farmers were also arrested and accused of illegal possession of firearms and explosives after they were red-tagged and linked to the NPA.

According to witnesses, some 70 soldiers of the 803rd IBPA were conducting reconnaissance operations in the village when they chanced upon the three victims who were on their way to the farm lot. The soldiers blindfolded Baluyot and Lucapa and hogtied Dela Cruz and they were forcibly arrested. The military planted explosives as evidence and preposterously alleged that the victims belonged to a bomb-making unit of the NPA. They are now detained at a local police station.

Baluyot is a local peasant leader actively leading Las Navas farmers and residents in seeking government aid and resisting military encampment in Las Navas villages. Their association and the Northern Samar Small Farmers Association were constantly red-tagged and vilified by the 20th IBPA as ‘communist fronts.’

“Farmers are either killed or arrested based on mere suspicion that they are NPA fighters or supporters. From March to May this year, at least nine farmers from Masbate and Sorsogon in Bicol were summarily executed by different AFP units in the course of military operations falsified as ‘encounters’ with the NPA.”

Peasant groups Kilusang Magbubukid ng Pilipinas and Tanggol Masasaka will join the mañanita on June 12, also the Philippine Independence Day, in protest to the anti-terrorism bill that now only lacks President Rodrigo Duterte’s signature for it to become law.