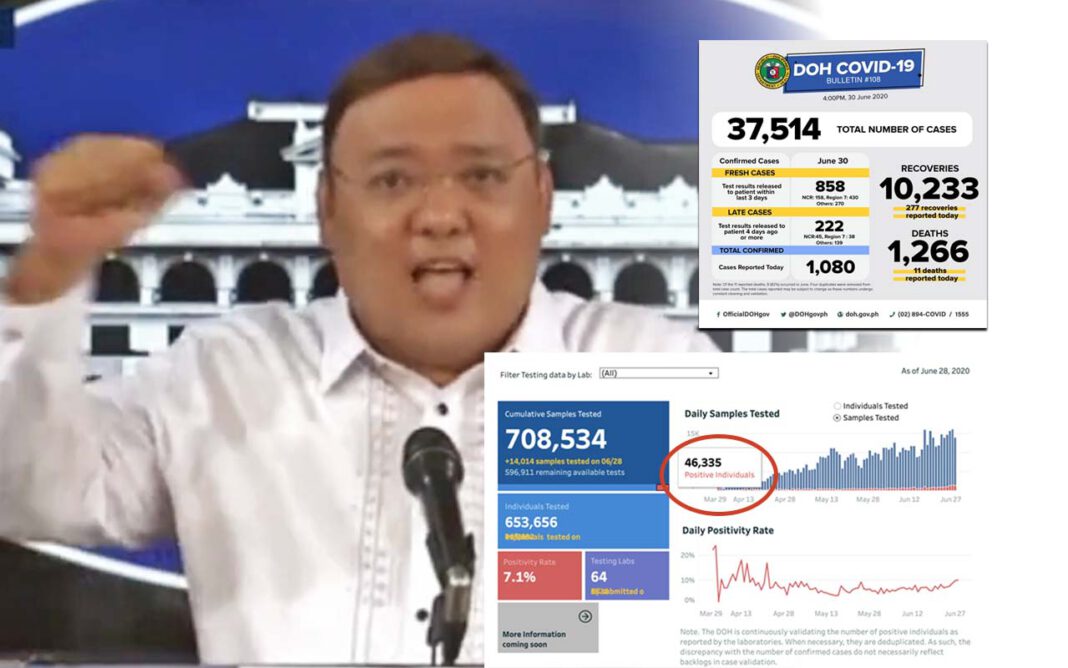 In his press briefing today, Presidential Spokesperson Harry Roque raised his fist in victory and declared that the country was “winning” the fight against COVID-19, also beating the prediction of 40,000 cases by end of June by a group of UP researchers .

Beaming and jubilant, Roque said: “We beat the UP prediction. We beat it! So congratulations, Philippines! Let’s do it again in July! So we are winning.”

COVID-19 confirmed cases reached 37,514 COVID-19 by June 30. Positive individuals, however, have reached 46,355. The difference between the confirmed cases and the positive cases of 8,841, is the validation backlogs of the government’s Department of Health.

On June 12, the group announced their prediction of 40,000 cases by June 30. Professor Guido David of the UP OCTA Research noted then that a lot of cities in the country have been “winning the war” against the pandemic and that the “main battle ground” only remains in Metro Manila and Cebu. There were 24,175 COVID-19 cases then and they had correctly predicted 24,000 cases by June after the relaxing of ECQ.

In May 10, the group predicted 24,000 cases by June if the enhanced community quarantine (ECQ), the strictest of the lockdown protocols, were to be lifted “prematurely.” ECQ in NCR was lifted on May 15, after which a modified ECQ was imposed

The latest projection by the UP OCTA group of researchers estimated that cases may hit 60,000 by end of July.

Metro Manila is under general community quarantine or GCQ from June 1 to 30.