Home NEWS Review of Andor: Making of a revolution by the common people 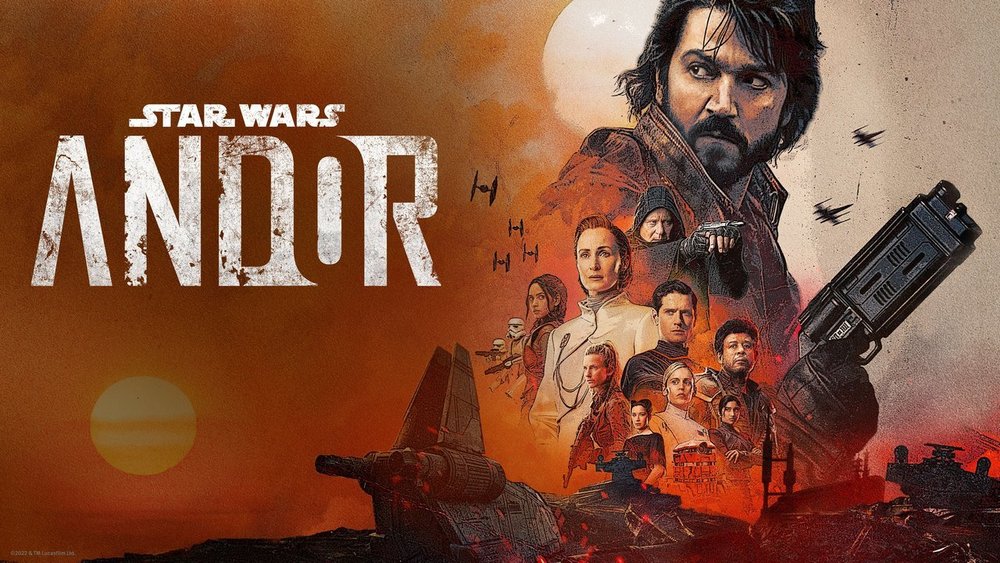 Star Wars: Andor is the action-packed prequel series to the spinoff or prequel movie Io the original trilogy, Rogue One: A Star Wars Story. In the 12 episodes that aired from September 21 to November 23, the series took audiences to five years before the Battle of Yavin (before the Rebellion blew up the Death Star), to the childhood of Cassian Andor (Diego Luna) in Kassa and adoption by Maarva (Fiona Shaw), his Aldhani heist with a band of rebels, his stint in imperial prison in Narkina 5 leading to the prison break and his return to Ferrix for Maarva’s funeral (and her epic speech), where he instead ended up saving his friends and joining the rebellion.

In Andor, the Force is never mentioned, there are no Jedi, there are no laser swords drawn, and there are just ordinary beings in the grip of overextending tyranny.

The series showed how an ordinary person like Andor, who would probably go on his way peacefully had he been let and left alone, can be recruited to the revolution.

In Rogue One, we know how rebel captain Andor’s story ended. In the series, we find out how he got there, how he got to say the things he said, how his personal resistance aligned with a greater cause.

The series showed how Stars Wars has always been about revolution, about a cause for liberation and justice. A well-crafted universe that is a metaphor of our own. That despite its intergalactic setting, it echoes in real life up to this day how among common people, yearning for freedom or dislike of tyranny is universal.

Not knowing it yet, Andor’s personal resistance redounds to a greater objective. His resolve to be emancipated from an enemy yet to crystallize in his mind as his greatest oppressor (not just random sequences of bad luck or unfortunate situations) gets stronger and is encapsulated in this line as he was trying to convince the prison day shift manager Kino Loy (Andy Serkis) to join their plan to escape: “I’d rather die trying to take them down than die giving them what they want.”

And by the time Andor returns to Ferrix, there is no path for him other than revolution. Vel Sartha (Faye Marsay) put in words this phase in Andor’s trajectory, in response to Mon Mothma (Genevieve O’Reilly) trying to figure out the deep shit she finds herself in for helping the rebellion, but also something she knew all along: “We’ve chosen a side. We’re fighting against the dark. We’re making something of our lives.”

The series is about how common beings play a role in a grand cause, and how each person (from different stations in life) who subscribed to this cause had to sacrifice something—be it their agency, morality, the normalcy of their lives or life itself. That is the question the series asks and allows the characters’ stories to answer: what would you be willing to sacrifice for the revolution? Luthen Rael (Stellan Skarsgard) emotes this best in this line:

“What is my sacrifice? I’m condemned to use the tools of my enemy to defeat them. I burn my decency for someone else’s future. I burn my life to make a sunrise that I know I’ll never see. And the ego that started this fight will never have a mirror or an audience or the light of gratitude. So what do I sacrifice? Everything!”

Personal resistance, and individual rebellion are shown to be happening all over the galaxy, but they suffer wins and losses, surges or drawbacks and have yet to ultimately succeed. However, that might only happen if all the personal, individual merge with the whole to become stronger and to defeat an invincible enemy. This is shown in the prison break episode—how nobody gets out alone or on their own. This is also reflected upon in the manifesto of Karis Nemik (Alex Lawther):

“There will be times when the struggle seems impossible. I know this already. Alone, unsure, dwarfed by the scale of the enemy. Remember this. Freedom is a pure idea. It occurs spontaneously and without instruction. Random acts of insurrection are occurring constantly throughout the galaxy. There are whole armies, battalions that have no idea that they’ve already enlisted in the cause. Remember that the frontier of the Rebellion is everywhere. And even the smallest act of insurrection pushes our lines forward. And then remember this. The Imperial need for control is so desperate because it is so unnatural. Tyranny requires constant effort. It breaks, it leaks. Authority is brittle. Oppression is the mask of fear. And know this, the day will come when all these skirmishes and battles, these moments of defiance will have flooded the banks of the Empire’s authority and then there will be one too many. One single thing will break the siege. Remember this. Try.”

This may seem like an antithesis to Yoda’s “Do or do not. There is no try”—but he said this to Luke Skywalker, a Jedi strong with the force. Ordinary beings can try and every act taken against the Empire advances the larger cause.

Andor builds on Nemik’s manifesto and the call to “try” in Rogue One when he said in his final suicide mission to give the rebellion a fighting chance: “Make 10 feel like a hundred.”

(Disney+ arrived in the Philippines on November 17.)