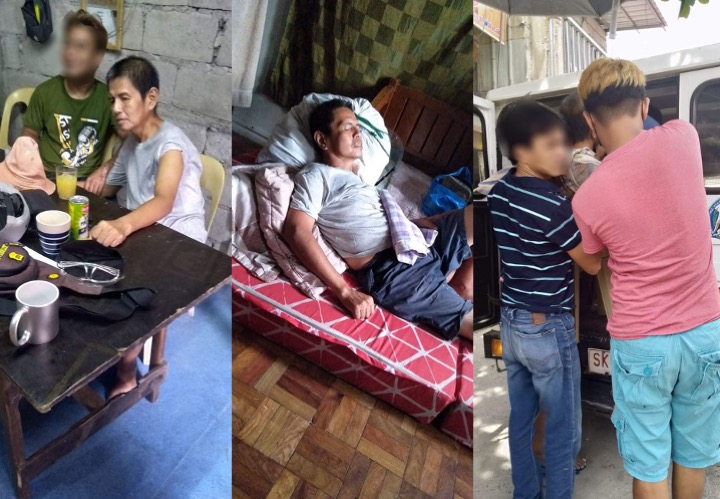 In a meeting for May 1 Labor Day on April 17, labor organizer Benito Cabasal, 58, suddenly suffered a stroke. This was the first time in days that he had resumed his political activities, after he needed to seek refuge for his safety.

Cabasal or ‘Ka Ben’ to colleagues recently figured in posters red-tagging him and two other activists in Valenzuela. The posters were found on the morning of May 29, first day of another ECQ in Metro Manila, near a factory whose workers have successfully formed a union and won demands on the bargaining table. Workers in said factory are also members of Liga ng mga Manggagawa sa Valenzuela City (LMVC), the group where Ka Ben serves as the secretary general.

The red-tagging incident put Ka Ben under stress for fear for his safety, according to his friends.

This was not Ka Ben’s first bout with stroke. He was immediately brought to two hospitals in the city, but could not be admitted as they were full, according to those who brought him. The queue for the swab test for admission was also a long wait, and one of the hospitals recommended that Ka Ben be taken home instead.

Ka Ben is the former president of the union of workers in Camel appliances. He has spent a good part of life helping fellow workers. Colleagues said the red-tagging incident also caused Ka Ben to worry as it impeded his political activities during the time of lockdown when many workers lost their jobs and source of income and are in need of help.

Several labor groups organized to rally support for Ka Ben, among his immediate needs are medical attention (and hospitalization, if needed) and financial support so he can start his way to recovery.

To donate, you may refer to the following contact persons:
GCASH Number: Leticia Castillo – 09238187431
Paymaya
BPI