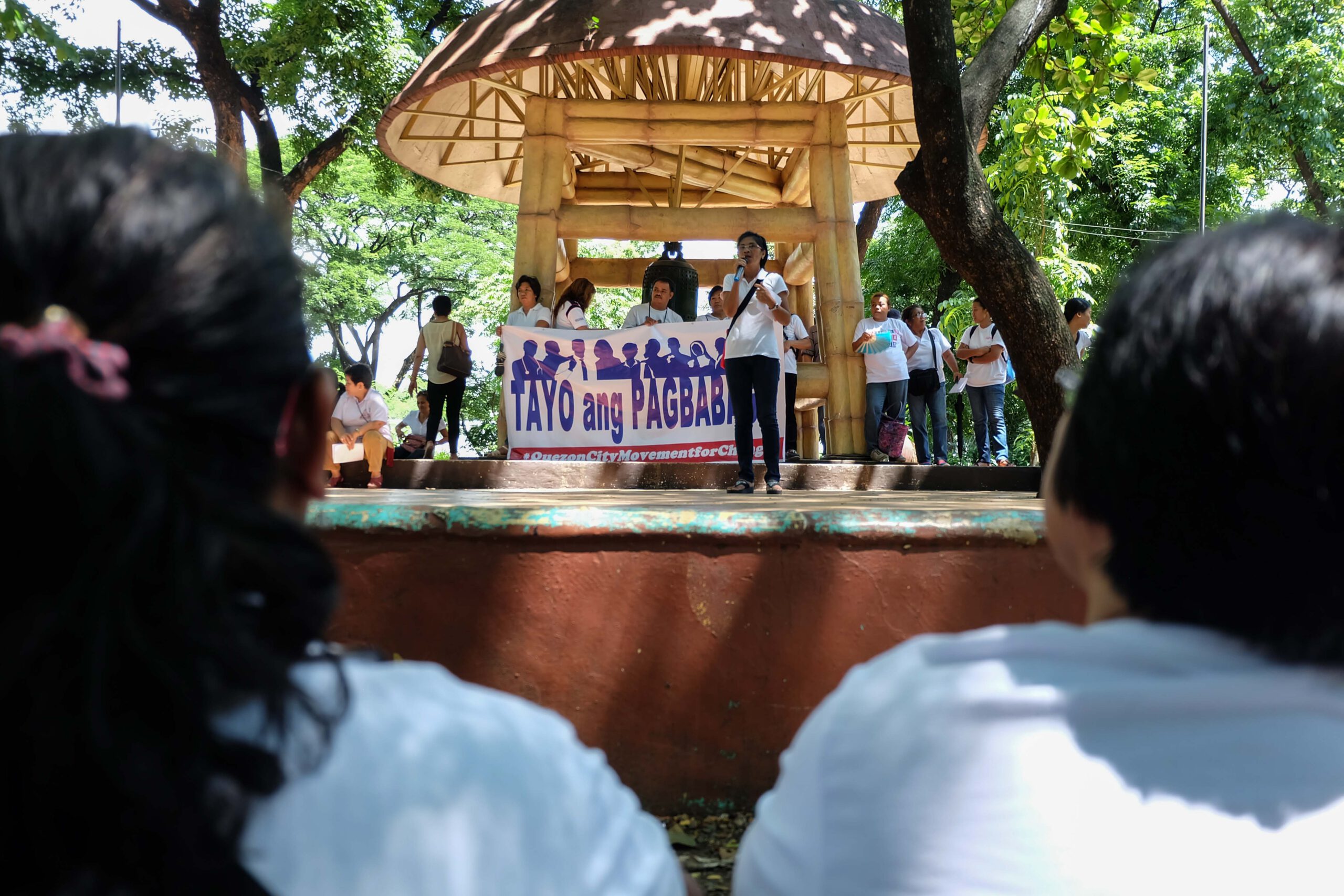 A week before the first State of the Nation Address of President Rodrigo Duterte, various groups based in Quezon City launched Tayo Ang Pagbabago, Quezon City Movement for Change, an alliance formed to call on the president to heed and realize his campaign slogan “change is coming.”

“We are in high hopes that President Duterte will not disappoint the voters who put trust in the change that he promised during the election campaign season. We have long been thirsting and longing for genuine social change,” says Maristel Garcia, Tayo Ang Pagbabago convenor.

The alliance is composed of professionals, businessmen, members of the academe, officers and members of the local government unit, church and faith–based organizations, and sector formations for women, youth, urban poor and persons with disabilities.

The Joint Statement signed by the GPH and NDFP in the preliminary talks in June decided to resume formal peace talks as well as uphold existing agreements like the Joint Agreement on Safety and Immunity Guarantees that protects peace consultants from detention or arrest and the Comprehensive Agreement on the Respect for Human Rights and International Humanitarian Law, the first of four substantive agendas of the peace talks set forth in The Hague Joint Declaration of 1992. The next agenda on the table is on social and economic reforms.

The group rang the World Peace Bell as they read their calls for the Duterte administration.

The group also called on President Duterte to address the four issues that the people of Quezon City experience: lack of employment and livelihood, decent housing, accessible social services and accessible and quality education.

While hopeful of Duterte’s promise of change, the group said that they would remain vigilant for pro-people measures to be implemented.

“Change really comes from the people’s collective action so we must continue to struggle for genuine social change,” said Garcia.