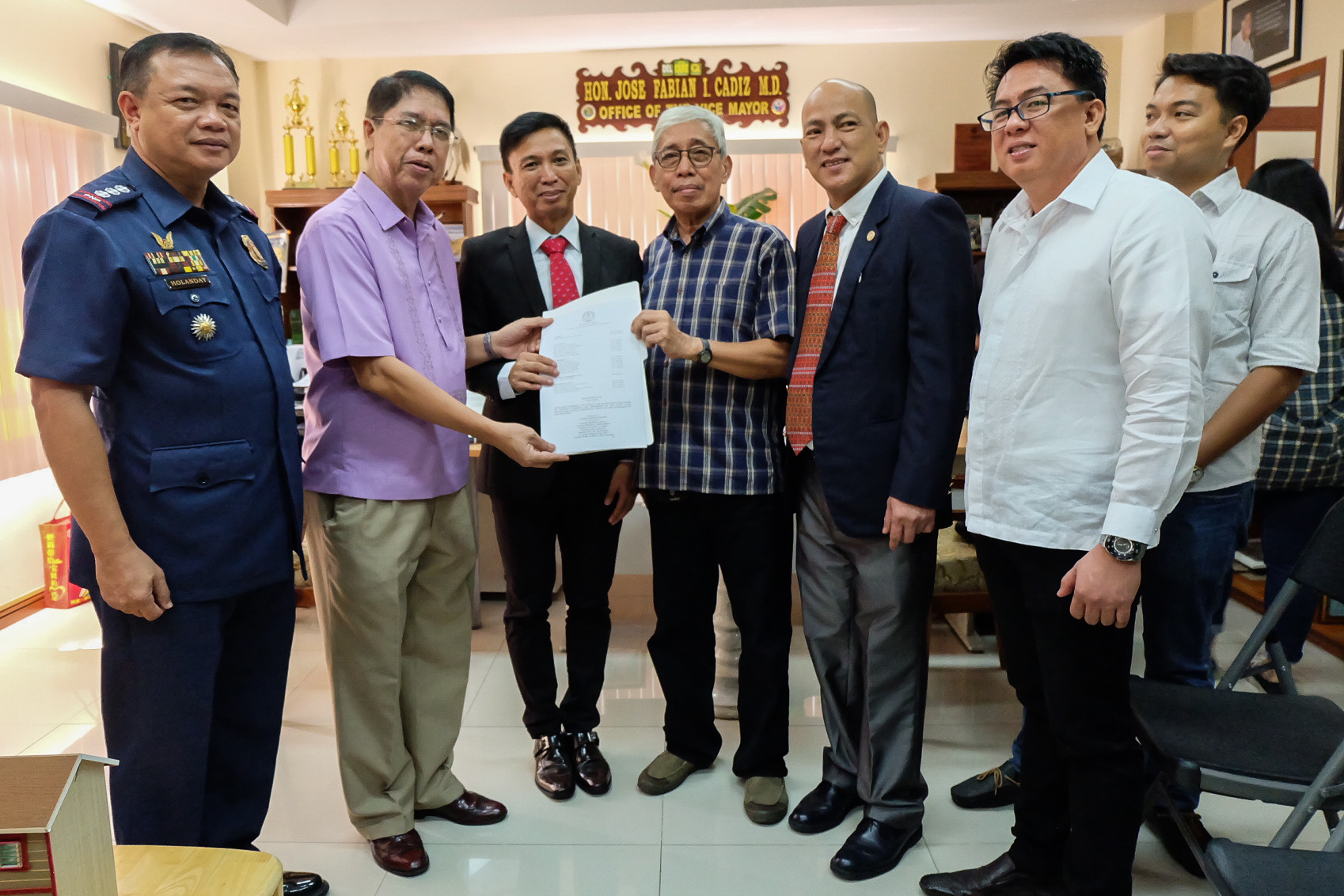 Resolution 101, Series of 2016 or “Resolution Expressing the Sense of the Sangguniang Panlungsod ng Marikina Endorsing the Resumption of the Peace Talks Between the National Democratic Front and the Government of the Philippines” was introduced by Councilor Joseph “Jojo” Banzon and was co-sponsored by all councilors including Vice Mayor Jose Fabian Cadiz. The resolution is yet to be signed by Marikina Mayor Marcelino Teodoro but the City Council is confident that he will sign it immediately.

In the resolution, the City Council recognized that “the peace talks can significantly address and help resolve various contemporary social issues such as chronic poverty, hunger, landlessness, job insecurity, rampant criminality, environment plunder, and corruption in the bureaucracy.”

The resolution also emphasized the importance of honoring previous peace agreements like the The Hague Joint Declaration, Joint Agreement on Safety and Immunity Guarantees (JASIG), and the Comprehensive Agreement on the Respect for Human Rights and International Humanitarian Law (CARHRIHL) “as a positive step to build trust and confidence in the peace process.”

Randall Echanis, member of the NDFP’s Reciprocal Working Committee (RWC) on Social and Economic Reforms and GPH Panel member Rene Sarmiento were present during the session to symbolically receive a copy of the resolution. Both parties will receive a copy as soon as the resolution is signed by Mayor Teodoro.

Sarmiento expressed his appreciation over the Sangguniang Panlungsod’s initiative to support the resumption of peace talks.

“Malaki ang benepisyo ng mamamayan dito dahil kapag may kapayapaan, may panahon na ang ating mga kababayan na magbigay ng pokus at atensyon sa kanilang mga hanapbuhay at kabuhayan na walang labanan [The people would greatly benefit from this because when there is peace, they have time to focus and attend to their jobs and livelihood in peace],” said Sarmiento.

Echanis said that the support of local governments in Metro Manila could spiral support from government leaders in the whole country.

“Maaari itong magsilbing halimbawa sa iba’t ibang Local Government Units (LGUs), hindi lang sa NCR kundi sa buong Pilipinas na magpahayag at kilalanin ang kahalagahan ng pag-uusap ng GPH at NDFP para magkaroon na ng matagalan at nakabatay sa katarungan na kapayapaan sa ating bayan [This could serve as an example for other Local Government Units, not only in NCR but also in the whole Philippines, to express and recognize the importance of the peace talks between the GPH and the NDFP for the country to gain just and lasting peace],” said Echanis.

Vice Mayor Cadiz expressed eagerness to encourage other city councils to submit similar resolutions during the next meeting of the Metro Manila Philippine Councilor’s League.

Bagong Alyansang Makabayan (BAYAN) Metro Manila Chairperson Raymond Palatino is hopeful that both parties would be more aggressive and determined in pursuing the peace talks because more sectors and leaders are now pushing for the resumption of the talks.

BAYAN Metro Manila lobbied for the resolution to be filed in Marikina City’s Sangguniang Panlungsod. They are expecting the Quezon City and Caloocan City LGUs to file a similar resolution in the next few days.

Both sides came up with a Joint Statement during its June 14-15, 2016 exploratory talks that agreed to (1) affirm previously signed agreements, (2) accelerate the process for negotiations including the timeline of the remaining substantive agenda: socio-economic reforms, political and constitutional reforms, and end of hostilities and disposition of troops, (3) reconstitute the JASIG list, (4) Amnesty Proclamation for the release of all political prisoners, subject to Congress’ concurrence, (5) and mode of interim ceasefire. The GPH will also recommend to President Duterte the immediate release of detained NDFP consultants and other JASIG protected persons to enable them to participate in the negotiations and immediate release of political prisoners based on humanitarian grounds (the elderly and sickly).

According to Karapatan, there are 22 detained NDFP consultants and JASIG protected persons in different detention centers in the country as of June 2016. Three of them are already convicted based on trumped-up charges namely Eduardo Sarmiento, Emeterio Antalan and Leopoldo Caloza.

Next on the substantive agenda of the peace negotiations is the discussion on social and economic reforms. The NDFP has already composed and presented its draft for a Comprehensive Agreement on Social and Economic Reforms (CASER) as early as 1998 but the talks have stalled under the administrations of Gloria Arroyo and Benigno Aquino III.

The social and economic reforms is said to be the “meat” of the peace negotiations that aims to address the root causes of the armed conflict.

The NDFP and GPH exchanged CASER drafts during the CARHRIHL signing in The Hague, Netherlands on March 16, 1998. Until 2004, the RWC-SER of both parties have worked on a common draft—the NDFP draft—but did not go beyond the Preamble.

The peace talks are expected to resume on August 20-27 in Oslo, Norway. The GPH proposed to move the talks from July to a later date “to ensure that all technical details related to the formal resumption [of the talks] in Oslo are attended to and addressed by both parties,” according to Secretary Bello.

“We want to lay a more formidable and durable foundation for the peace talks, particularly with regard the mechanics that would govern a nationwide ceasefire and the release of political prisoners,” Bello said.