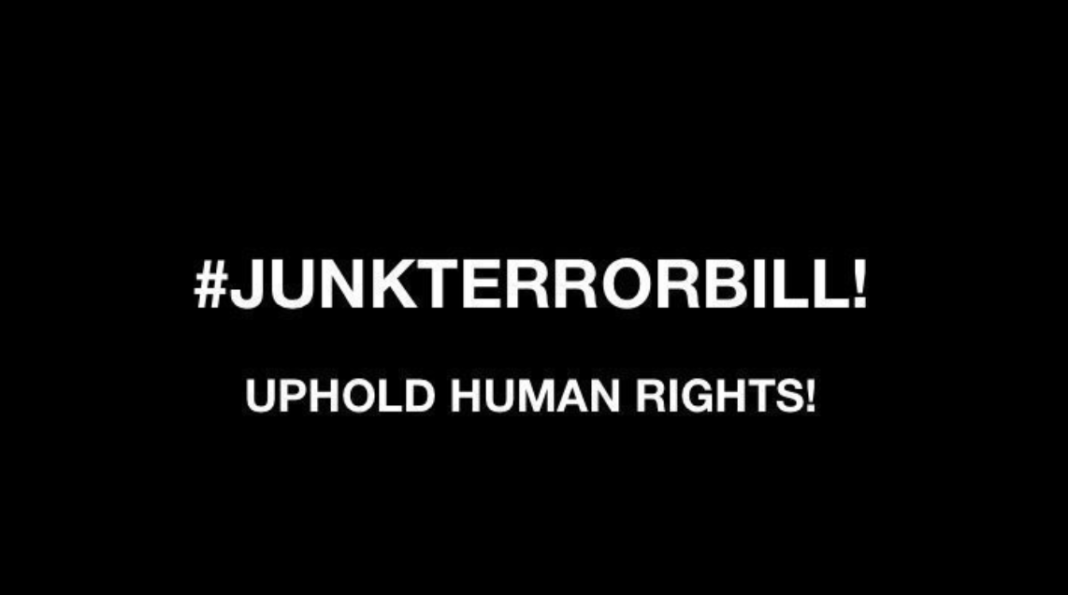 A petition to “junk anti-terrorism bill and uphold human rights” initiated by Defend UPLB has garnered at least 170,000 signatures in three days.

#JunkTerrorBill has been a most talked about topic on social media since the House Committee on Public Order and Safety and the House Committee on National Defense and Security approved on May 29 the Anti-Terrorism Bill, a copy of the approved version in the Senate to fast-track the passage of the bill into law. Same versions of a legislation approved in their respective chambers would avoid a bicameral conference to thresh out a unified version between the two houses of Congress and would be sent quicker to President Rodrigo Duterte’s desk to be signed into law.

#JUNKTERRORBILLNOW became a most talked about topic on social media on June 1 when Duterte certified the bill as urgent. The president’s certification dispenses the three-day rule between the second and third readings of bills, so the bill could still be passed before Congress adjourns on June 3 and resumes by Duterte’s State of the Nation Address on the fourth Monday of July.

In the petition, Defend UPLB explained what is the Anti-Terrorism Bill and how citizens are affected:

Some Filipino celebrities who have signed the petition include television host and fashion model Solenn Heussaff, actress Janine Gutierrez and theater actress Gab Pangilinan who played Joy in the musical Ang Huling El Bimbo among others.

Other celebrities and media personalities called for people to be aware or reacted to Duterte certifying the bill as urgent.

I'd be worried about the anti-terrorism bill under any administration. #JunkTerrorBill

Defend UPLB also urged the petition supports to promote the use of their profile photo frame for Facebook. Defend UPLB [University of the Philippines Los Baños] is an alliance of all student councils, allied institutions, and member-organizations based in UPLB in forwarding Academic Freedom, Civil Liberties and Human Rights.