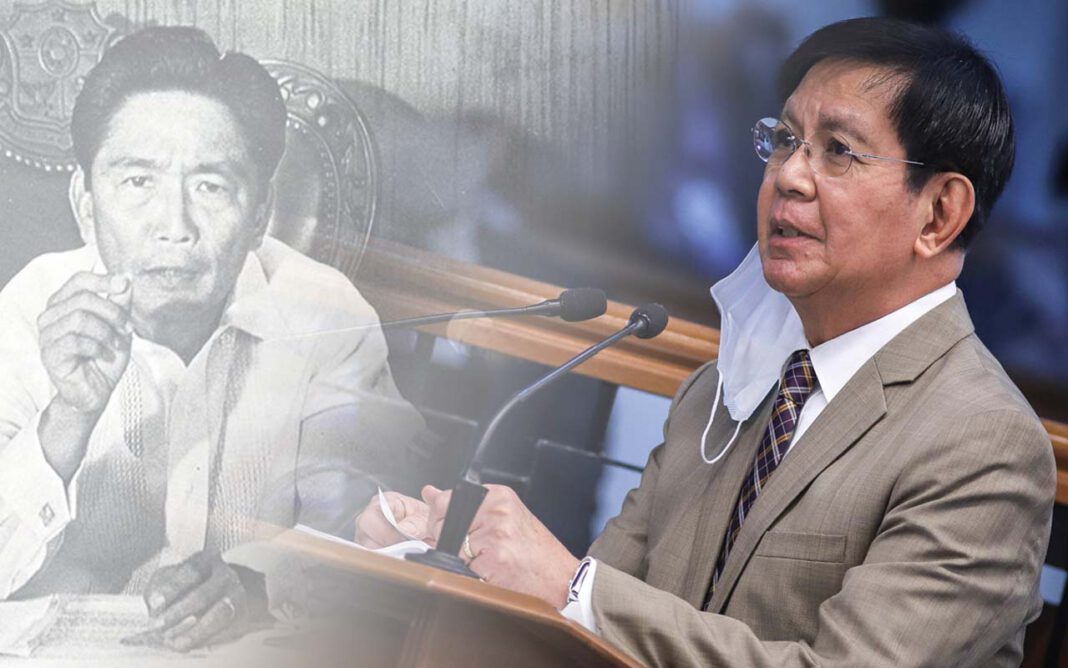 The Unyon ng mga Manggagawa sa Agrikultura (UMA) said that “it is natural for Senator Panfilo Lacson to fervently defend the Anti-Terrorism Bill (ATB) because of his record of being an officer of the dreaded and notorious Metrocom Intelligence and Security Group (MISG) during the whole period of the US Marcos dictatorship.”

According to Antonio “Ka Tonying” Flores, UMA chairperson the MISG together with the 5th CSU were notorious for torturing its prisoners during Marcos’ martial law rule.

This was even described in a book entitled “Dark Legacy: Human rights under the Marcos regime,” where historian Alfred McCoy had written also about Marcos’s elite torture units whose officers he described were “the embodiment of an otherwise invisible terror.”

McCoy then described the most prominent members of the MISG as Colonel Rolando Abadilla, its head, and Robert Ortega and Panfilo Lacson. He described Abadilla and other members of said intelligence unit as a psychotic club of martial-law enforcers and in particular stated that the three earlier mentioned which includes Lacson “tortured together for over a decade.”

“So when Sen. Lacson urges the public not to believe in the “massive disinformation campaign” being waged by critics against the Anti-Terrorism Bill, and that it will not destroy basic human rights and liberties, his long experience in torturing critics and defending a detested dictator for 14 years speaks otherwise,” said UMA in its statement.

Lacson’s Senate resume details his legislation record and only goes as far back as his stint as Philippine National Police Chief from 1999 to 2001.

A bigger number of people showed up at the University of Philippines (UP) Diliman on June 4 to protest the approval of the anti-terrorism bill in the Lower House on June 3. Hours before it was passed on third and final reading, a lightning rally among progressive groups were conducted outside the House of Representatives and UP Diliman a day earlier.

The senator told critics earlier to read the bill first.

“Enough safeguards are in place. The critics – some of whom had been extended the opportunity to help craft the bill – should read first the bill itself to see for themselves what I am saying,” the senator and chair of the Senate national defense committee said on June 2.

Lacson also said there is a “massive disinformation campaign” on the anti-terrorism bill.

[We have been inviting them, but they did not heed our invitation. Now that it has been passed in the House, they are making noise and spreading a lot of disinformation.]

Karapatan responded to Lacson asking him to show proof of invitations to known human rights organizations. The group said they only knew of these hearings after they have been reported in the media.

He said he hoped critics won’t regret opposing the measure when they are at the receiving end of a terrorist attack.

“To the critics, I dare say: I hope the day will not come when you or any of your loved ones will be at the receiving end of a terrorist attack, so much so that it will be too late for you to regret convincing the Filipino people to junk this landmark legislation,” he said on June 4.

He also said that safeguards are in place in the measure.

“The Anti-terrorism Act of 2020 aims to secure our country and protect our people from domestic and foreign terrorists like the Abu Sayyaf and the ISIS. As author and principal sponsor, I made sure that it adheres to the Bill of Rights as enumerated in the 1987 Constitution,” posted Lacson on his Twitter account early morning of June 4.

However, netizens responded to Lacson saying the same such statement was used by Ferdinand Marcos, Sr. to declare martial law.

Others said Lacson’s assurance does not stand against this onion-skinned government. To some, the lockdown and how the Bayanihan to Heal as One Act was used by law enforcement to arrest and detain people for violations on social distancing or curfew even when the law does not provide for penalties of arrest or detention shows how an overzealous law enforcement can abuse the law. In the Anti-Terrorism Bill, law enforcement may determine who to suspect as terrorists or terrorist supporters even in intent (not in an actual terrorist act) and place them under 14-24 days of warrantless arrests and weeks of surveillance.

Many also raised the cases of teachers Ronnel Mas of Zambales and Juliet Espinosa and her son in General Santos and Ronald Quiboyen of Aklan – all charged with inciting to sedition for speaking out their mind and posting their thoughts online with one calling President Rodrigo Duterte buang (crazy) – showed how criticism to government is being dealt by the government. It also showed how the ‘fake news’ provision in the Bayanihan Act was used and interpreted by law enforcement, arresting those who voiced their opinions and within their right to free speech, when the country has no legal definition of fake news yet. Many critics have said the definition of ‘terrorism’ in the proposed bill is overbroad.