Home NEWS More fresh than late cases for one week, 22 deaths reported on... 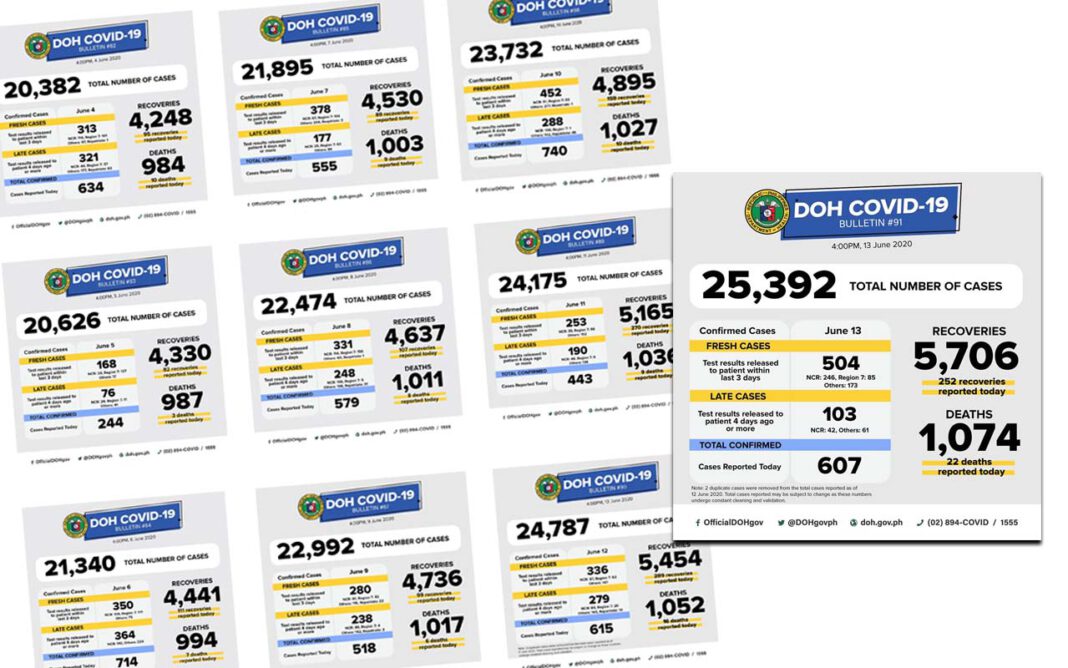 The Department of Health (DOH) on June 13 reported 504 fresh cases, almost 4x as many as the late cases, 103. The health agency also reported 22 deaths, the highest since May 12.

The DOH made the distinction between fresh and late when a record-breaking 539 cases was reported on May 28 (when the 77-day lockdown was supposed to end by May 31), the highest since March 31 (when the lockdown was only two weeks old). Late cases were thought to increase the total reported cases per day, due to the government’s testing backlogs. However, in the last week, there were more fresh cases than late cases.

Breakdown of confirmed cases from May 28 to June 13 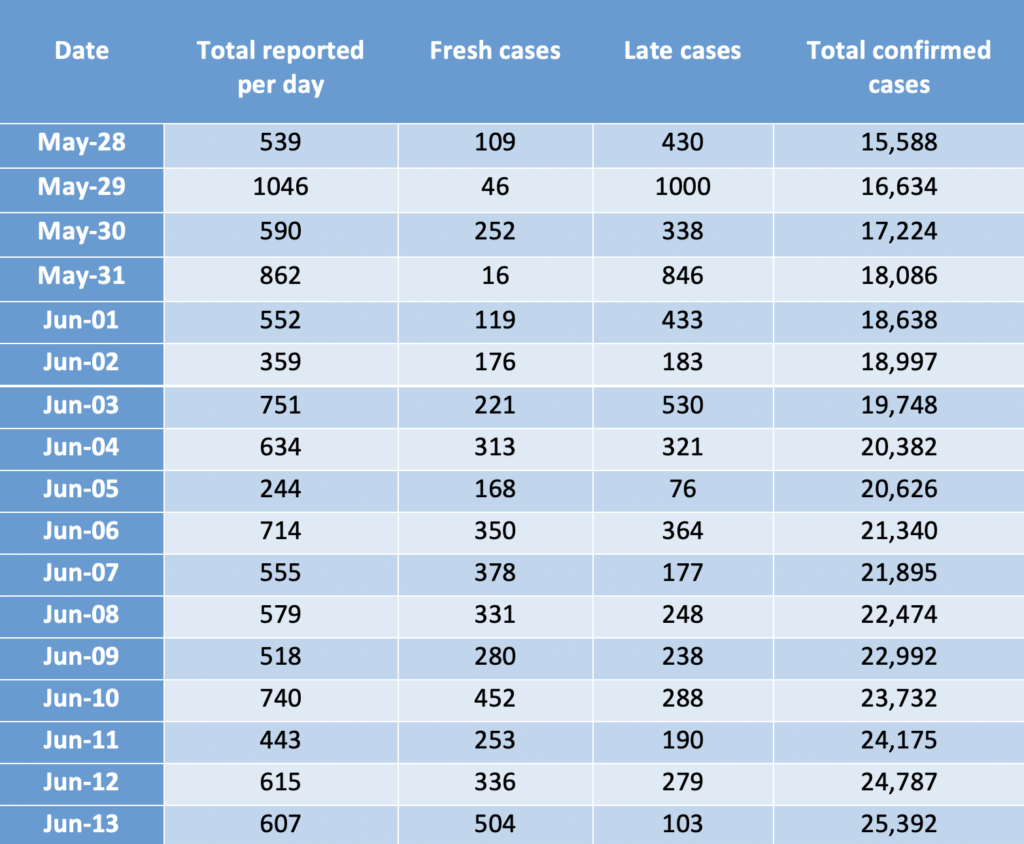 DOH targeted to wipe out its testing backlogs by June 1, but as of June 13, the agency is still reporting testing backlogs, hence the differentiation between fresh and late cases.

The total number of confirmed cases as of June 13 breached the 25,000 mark, now at 25,392. But cumulative positive individuals according to the DOH COVID-19 tracker has reached 31,147. The difference between confirmed and positives cases, at 5,755, is the agency’s validation backlog.

The two weeks of general community quarantine (GCQ) in Metro Manila and other areas are about to end on June 15. But President Rodrigo Duterte skipped his public address last week, usually on Thursdays in recent weeks, to announce the quarantine protocols past June 15. It was also the time and day people are expecting him to announce whether he has signed the much-contested anti-terrorism bill that was sent to Malacañang from Congress on June 9.

Duterte will address the nation on June 15, when he will also announce whether the current quarantine protocols would stay or be eased.