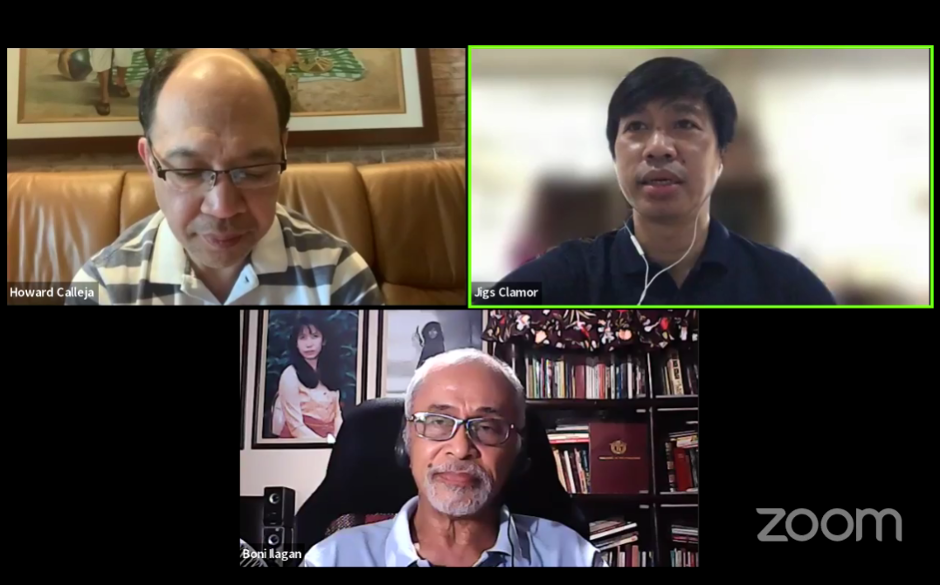 The group Campaign Against the Return of the Marcoses and Martial Law (CARMMA) denounced the Comelec First Division’s decision to junk the disqualification cases filed against presidential aspirant Ferdinand “Bongbong” Marcos Jr.

The Comelec First Division, comprising of Commissioners Marlon Casquejo and Aimee Ferolino, unanimously voted to dismiss the petitions invoking Marcos’ 1997 tax conviction as a ground for perpetual disqualification under the Omnibus Election Code.

In a 41-page ruling issued to the public on February 10, designated ponente Ferolino wrote that Marcos did not commit a crime of moral turpitude due to the “absence of law” penalizing non-filing of income tax returns (ITRs).

The ruling stated that although punishable through the enactment of the 1977 National Internal Revenue Code (NIRC), the same provision acknowledges that failure to file income tax returns is “not a grave offense as the violation thereof may be penalized only by a fine.”

The ponencia also dismissed the petitioners’ argument that perpetual disqualification was permeated in the 1977 NIRC due to “lack of merit.”

“This cop-out of a decision only raises more doubts after the delays in its release —especially after former Commissioner Rowena Guanzon revealed that “powerful” figures were working to delay the promulgation of the ponencia after Guanzon’s retirement,” the martial law survivors’ group stated.

Rowena Guanzon, the retired presiding commissioner of the Comelec First Division, had previously released her separate opinion disqualifying Marcos Jr. from the presidential race. The ex-commissioner cited Marcos’ “repeated” and “persistent” non-filing of ITRs from 1982 to 1985 as a crime involving moral turpitude since it prevented the government to ascertain his real earnings.

“First, not only did Marcos Jr. consistently fail to file his income tax returns in 1982, 1983, 1984, and 1984 [sic] as vice government and eventually governor of Ilocos Norte: his own camp admitted during the preliminary conference that he did not pay before the court the fines which were imposed upon him when he was found guilty of failure to file his income tax returns. (Note: The statement mistakenly listed 1984 twice. The correct year is 1985.)

Guanzon released her opinion and publicly announced her vote to disqualify Marcos Jr. prior to the expiration of her term and before Ferolino released the decision. She also scored how the decision should have been released seven days after the case was raffled to their decision on January 10.

The decision was released finally, eight days after Guanzon retired and her vote could no longer count, leaving the two commissioners in the First Division to form the quorum as allowed by the Comelec’s Rules of Procedure.

“Anyone with a working logic would clearly see that this is inherently wrong. As former Commissioner Guazon states in her separate opinion, “such omission, however, has happened four (4) times, and for four (4) consecutive years” that they “reveal a deliberate intent to violate the law, a conscious design to evade a positive duty, and a wanton disregard of a legal and social duty,” the group stated.

As defined by the Supreme Court, moral turpitude refers to any act defying “justice, modesty, or good morals” and depicting “baseness, vileness, or depravity.”

“By allowing him to run as president in the upcoming elections, Commissioners Ferolino and Casquejo have sided with the brazen lies and crimes of the Marcoses,” the petitioners asserted.

“Considering Commissioner Guanzon’s revelations in what was happening in the Comelec, the decision penned by Commissioner Ferolino has merely strengthened our doubts regarding the integrity of the process [releasing of ruling on Marcos’ DQ cases],” CARMMA convenor and lead petitioner Bonifacio Ilagan further elaborated in a press conference held on February 11.

Petitioners to exhaust all legal remedies

Counsel to the petitioners Howie Calleja said that they will be exhausting every legal remedy available “to bring out the truth, attain justice, and bring the issue to the proper legal conclusion it deserves.”

“We are exhausting all legal remedies possible. And I can say for now that we are ready and we are filing a motion for reconsideration [on] Monday or Tuesday at the latest,” Calleja said.

The election lawyer also told the media that they will be studying the possibility of filing an administrative complaint, impeachment, or graft against the Comelec First Division to petition the ruling.