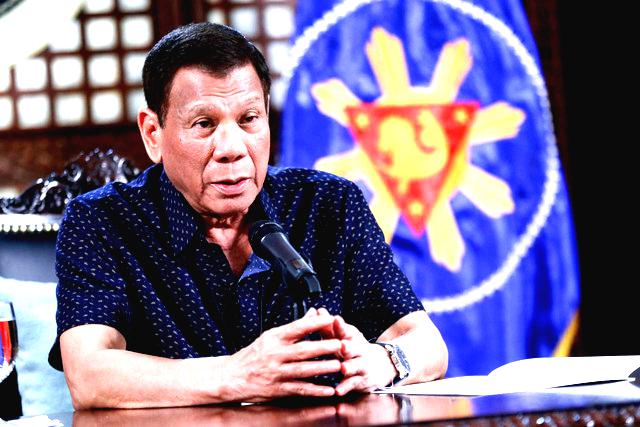 Inter-Agency Task Force on Emerging Infectious Diseases (IATF) Spokesperson and Cabinet Sec. Karlo Nograles said the ‘enhanced community quaratine’ (ECQ) or total lockdown in Luzon is extended until April 30 in his daily morning virtual presser on April 7. The Luzon lockdown that began on March 17 was supposed to end on April 12.

(The ECQ is up to April 30, 11:59 pm. This was the recommendation of the IATF which President Duterte announced last night. After his announcement, we verified it – the enhanced community quarantine is extended until 11:59 pm of April 30.)

Duterte addressed the public hours before, in another of late-night speeches, for his second report to Congress of the use of his additional powers in accordance to the three-month effective Bayanihan To Heal as One Act. He said he is inclined to extend the lockdown until the end of the month, but will make the announcement later.

[We need an extension of up to April 30 so that we can study COVID-19 further.]

Luzon has a population of 53 million in the 2015 Census. It was estimated to have grown to around 57 million in the current year, pending the next census that is scheduled in May of this year.

Mass testing, faster turnover of test results for a target of 24 hours, and isolation of PUIs in the quarantine facilities being constructed are some of the steps the government looks to undertake in its two-week timetable.

[This is our game plan. We need to push the peak later as we haven’t seen the peak yet. If we can make these changes, experts said we can push the peak of COVID-19 in the country to 2021. Hopefully, by then, there is already a vaccine.]

The government has only 10 certified laboratories nationwide as of Tuesday, with a maximum of only around 2,000 tests can be done daily.

Government heeded calls for mass testing, announcing on April 2 that “massive testing” will be done by April 14. The DOH clarified this announcement by National Task Force COVID-19 Chief Implementer Carlito Galvez, Jr. that the “massive testing” would still not test all and the priorities as ranked would be PUIs with severe symptoms, PUIs with mild symptoms but are elderly or other medical conditions, frontliners and PUMs.

As of April 4, with a reported 4,568 tests, the Philippines was only testing four (4) individuals per one (1) million people.

[I would like to clarify that these are all fake news. Don’t believe reports of military control, extended lockdown or the closure of Divisoria and other public markets.]