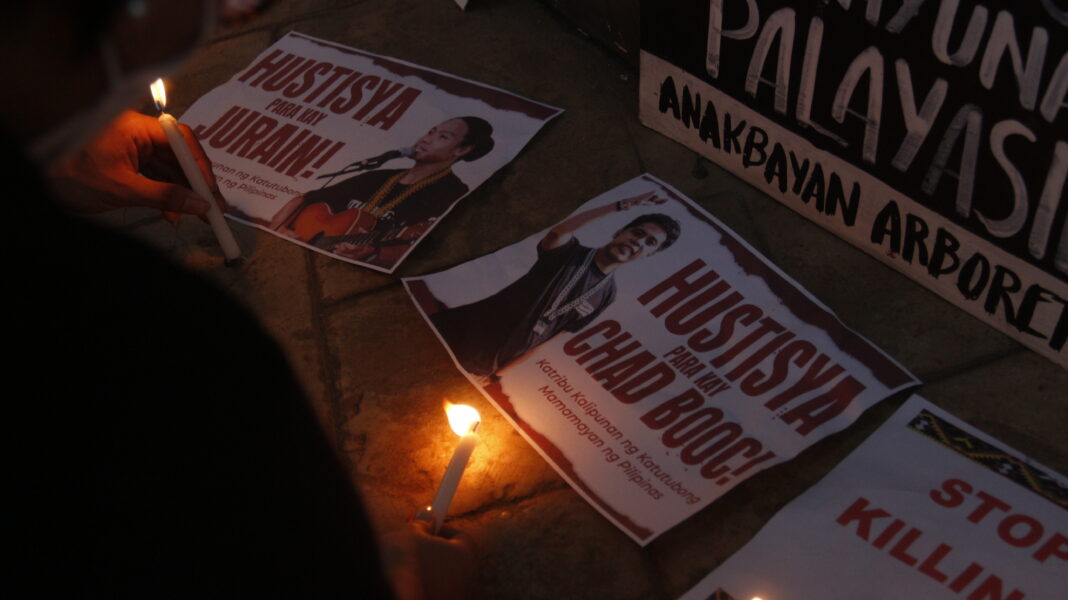 On the 36th EDSA People Power Commemoration, the Armed Forces of the Philippines released a press statement that Lumad volunteer teachers Chad Booc and Gelejurain Nguho II, community health worker Elgyn Balonga and other two companions were killed in an alleged clash between them at New Bataan, Davao de Oro.

But as per Save Our Schools (SOS) Network, it was a blatant lie to cover up a gruesome massacre.

“The SOS Network and the families of the victims learned of the gruesome massacre only on February 25, Friday, when the 10th Infantry Division posted a press release on their official Facebook page, parading the murders of the five unarmed civilians and claiming they were ‘killed in an encounter’ a day prior,” the group said in a statement on their Facebook page.

Based on the investigation, the five were killed on February 24, but the information was only released to the public on the next day, February 25.

“We strongly assert that the victims were community volunteers and civilians from varying backgrounds, and their murder must merit the strongest condemnation,” the SOS Network reiterated.

In 2016, Booc took the path less travelled by and became one of the teachers of Alternative Learning Center for Agricultural and Livelihood Development (ALCADEV) Lumad School in the Caraga region.

On account of that, he was also exposed to numerous red-tagging by the National Task Force to End Local Communist Armed Conflict (NTF-ELCAC) and was arrested on February 15, 2021.

But that was not the first time Booc was arrested. He was also one of the eight student activists that were arrested inside the House of Representatives plenary hall on July 22, 2017, when they conducted a quick protest during the session regarding the extension of martial law in Mindanao under the Duterte regime.

Despite the good life that awaited him, he preferred to serve the Lumads. He dedicated his best efforts to understanding and helping the Lumads until his last breath.

[The AFP’s display of the remains of the dead are despicable, a clear violation of Comprehensive Agreement on the Respect of Human Rights and International Humanitarian Law.]

Also, in International Humanitarian Law, the release of photographs of the dead for each party is prohibited.

The Communist Party of the Philippines also condemned the AFP’s continued lie that the five killed were allegedly members of the New People’s Army and denied the state forces’ accusation.

“We denounce the AFP for its campaign of disinformation to cover up its crimes. The 10th ID issues outright lies when it claimed that the victims were killed in an armed encounter between the AFP and the New People’s Army (NPA) last February 24 in New Bataan, Davao de Oro. The cadavers were dressed and posed with firearms to make it appear that they were NPA fighters. In truth, no such encounter took place in that place and time, based on reports of the NPA unit in the area,” Chief Information Officer Marco L. Valbuena said.